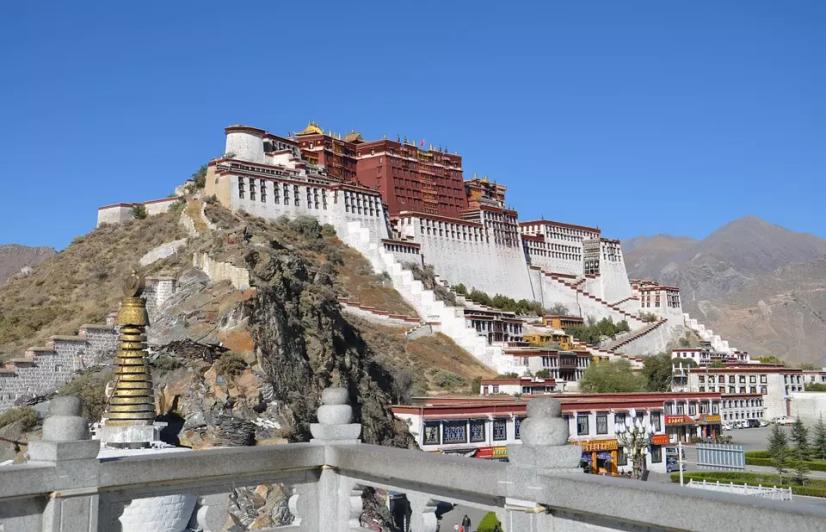 The Galwan Valley faceoff between India and China has fueled the demand to bring the Tibet independence issue back to the centre stage.

Experts feel that the movement to free Tibet was losing steam, but after the standoff, the Tibetan government, which is in exile at Dharamshala in Himachal Pradesh, and several others are voicing the issue proactively.

Dr Lobsang Sangay, president of the Tibetan government-in-exile, condemned China for the Galwan Valley issue and also mentioned that India needs to understand the Chinese strategy.

In an official statement, he added, “We have been saying it for over 60 years now when Tibet was occupied. Mao Zedong and other Chinese leaders claimed that Tibet is the palm we must occupy, then go after five fingers (Ladakh, Nepal, Bhutan, Sikkim and Arunachal Pradesh) and the first finger being Ladakh.

Now, the Tibetan leadership also feels that the friction between India and China will go on unless the Tibet issue is resolved. After the faceoff, several experts asserted through editorial pieces that India has been avoiding hurting the sentiments of Beijing. After Doklam standoff, India tried normalising things with China.

CTA information secretary Tsewang Gyalpo Arya said that whatever happened in the Galwan Valley was unfortunate, but asserted that it is the India-Tibet border and not India-China border. “We urge the government, media and other people to acknowledge it. It is about time that Tibet issue should be voiced loudly,” he added.

However, John Jones, Campaign and Advocacy Manager, Free Tibet, a movement advocating Tibet’s autonomy, added that the increased militarisation of Tibet puts the population at further risk. “The Tibetan people were given no say over whether they wanted their people and territory to be part of a border conflict. China should end its militarisation of Tibet and end its occupation too. Hopefully, increased reporting and international pressure on Beijing can help,” he added.

Even activists, civil societies in Dharamshala have urged the international community to publically condemn the Chinese military invasion into Indian territory.

The Tibetan Youth Congress (TYC) and Students for a Free Tibet-India, in a statement, urged the world leaders to stand with India against the Chinese move. “China is an expansionist nation. They did the same with Tibet decades ago,” said TYC president Gonpo Dhundup.

The civil societies have also urged India as well as other nations to recognise Tibet as a separate country that remains under China’s illegal occupation.

Dhundup added that the Indian government should also support Uyghurs, people of Hong Kong, Southern Mongolians and Taiwanese people in their fight against the Chinese Communist Party’s colonial practices and expansionism.

Dr Tsering Topgyal, a lecturer in international relations in the Department of Political Science and International Studies at the University of Birmingham, feel that the fight for Tibetian independence will naturally rise owing to the ongoing events at the Indian border.

However, he believes that the Indian government neither has the strategic foresight nor the political will to upgrade the Tibet issue in its dealings with China.

“India's China policy has always been clouded by strategic confusion, misled by ideological compulsions, fragmented by competing issues and goals, and thwarted by political defeatism,” he told 101Reporters.

Bring focus back to Tibet: Stakeholders

Religious leader Dalai Lama took over the reins of Tibet in 1950 as 14th Dalai Lama when he was 14. After the Chinese administration suppressed the 1959 Tibetan revolt, Dalai Lama along with his followers took refuge in India while nearly 80,000 Tibetans left the country.

With the help of the then Indian government led by the then Prime Minister Jawaharlal Nehru, Tibetans settled in several states including Himachal’s Dharamshala. Tibetans established their government in Dharamshala—known as Central Tibetan Administration (CTA). In India, Tibetans have settled in around 12 states while many of them have migrated to foreign countries and supporting their freedom struggle.

In 2018, the Tibetan government had planned a ‘Thank You India’ function in New Delhi commemorating 60 years of the Dalai Lama’s exile in India. But the function remained a lowkey affair and had to be shifted from Delhi to Dharamshala.

“It is true that Tibet has been ignored for too long and that it is time for the international community, including the USA, European Union and India, to have a serious discussion about the future and push China to re-enter negotiations with the Tibetan government, which has been suspended since 2010,” said John Jones.

Though, there have been some promising initiatives in recent years though including the Reciprocal Access to Tibet Act of 2018 in the USA and the Tibetan Policy and Support Act that is currently with the US Senate. “Countries like the UK are also discussing similar legislation. This would be crucial in helping to bring back focus onto Tibet,” he added.