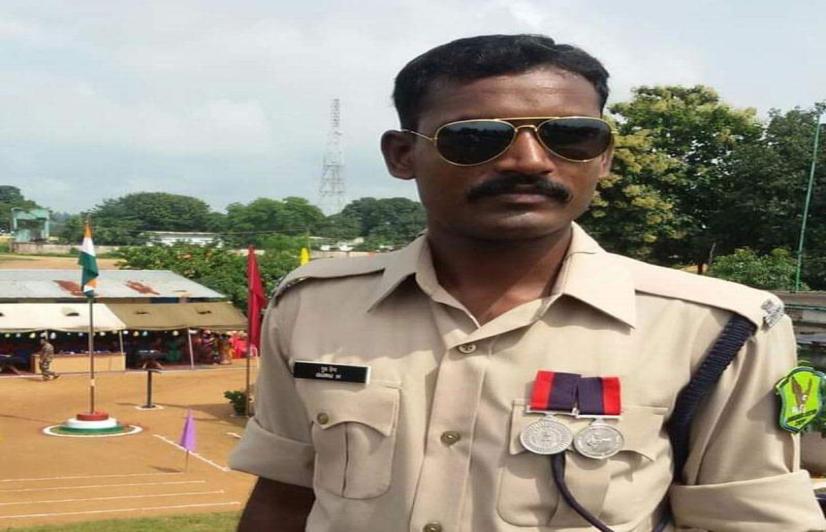 Srinagar: A couple of days ago, when Virendra Singh, a constable with the Central Reserve Police Force (CRPF) left home in Uttarakhand for Jammu, he told elder brother Jairam Singh, a retired Subedar from the Border Security Force (BSF), that he would be home to celebrate Holi, the festival of colours that falls on March 20 this year.

But, on his way to Srinagar in a convoy of more than 2,500 CRPF personnel, Virendra ended up in one of the 78 vehicles to which Adil Ahmad Dar rammed his explosives-laden SUV. None of the occupants of that vehicle (HR49F0637) survived. Jairam got to know late Thursday that younger brother will not be able to make it this Holi.

“My brother sacrificed his life for the country. The entire village is proud of that,” says Jairam, adding, “But, our young men are being killed everyday. Enemies of the country need to be curbed, or else soldiers will continue to die.”

Their father, Dewan Singh Rana, bears similar emotions. “The problem is that our soldiers are being martyred everyday on borders. But, no concrete policy has been put in place, while every other government claim they are fighting against terrorism.”

A fidayeen attack on a CRPF convoy on the Jammu-Srinagar highway near Awantipora killed 42 of them and left more than 30 severely injured on Thursday afternoon.

As the news of martyrdom of soldiers from more than 16 states reached their respective districts, anguished Indians took to streets in protest. In Assam, where Bongaigaon district lost two of its soldier sons---Pabitra Barman and Hitesh Chandra Sarkar---several organisations staged demonstrations, burning Pakistan flags and shouting slogans against the neighbouring country. Indian government on Friday responded by deciding to isolate Pakistan at international level until it acts against terrorism breeding on its soil and to withdraw the Most Favoured Nation (MFN) status it enjoys with immediate effect.

Jairam feels that the “government should have a decisive battle against terrorists and their guardian Pakistan. Otherwise the sacrifice of all other soldiers, including my brother, will go in vain”.

General budget for 2019-2020 was to be tabled in Uttarakhand Assembly on Friday but was postponed until Monday as news of two of the state’s soldiers being martyred in the Pulwama attack reached their home state.

That Mohan Lal Raturi, Assistant Sub-Inspector with CRPF was martyred in the attack was kept from his wife Sarita Devi. Raturi is survived by Sarita, three daughters and two sons, the eldest daughter of whom is married.

Udham Singh Nagar district magistrate Niraj Khairwal said Virendra’s funeral will be conducted with full state honor once his remains reach his native village. He is survived by wife Renu and a five-year-old daughter and a two-year-old son.

As reports of personnel’s martyrdom reached their homes, the impact of the explosion in Pulwama was felt as far as Bihar and Karnataka.

“He had told me he would be home in 15 days to look for a suitable boy for our eldest daughter. Instead, news of his death arrived first,” said an inconsolable Babita Devi, wife of Sanjay Kumar Sinha.

Sinha along with Ratan Kumar Thakur, hailing from Bihar’s Patna and Bhagalpur districts, respectively, were martyred in the attack.

Sinha was posted with 176th battalion of the CRPF in Jammu, and had resumed duty just a week ago, promising to return home in a fortnight. He is survived by his wife and three children—daughters Ruhi Kumari, 22, Tunni Kumari, 19, and son Sonu Kumar, 17. His daughters have completed graduation, while his son is preparing for his medical exams in Kota.

A pall of gloom has descended all over Patna, but Babita Devi’s grief is unparalleled—with fellow villagers and the media crowding around her home, amid frequent fainting spells, she was seen crying and beating her chest. “How will I marry off my daughters? How will my son complete his studies?” she asked, shock and trauma writ large on her face.

The locals are angry, too. “How long will our children keep dying like this? The time has come for the government to launch a final and decisive battle against terrorism,” said a villager.

It was an equally sad scene in Kahalgaon block’s Ratanpur village, where Ratan, who was posted with the 45th battalion of the CRPF, stayed.

Minutes before the attack, he had called up his wife, Rajnandini Kumari, to inform her that he and his colleagues were leaving for Srinagar and would reach by 5 pm.

His father, Ram Niranjan, said, “My daughter-in-law is pregnant; he had promised to come home this Holi and celebrate the festival with us…

“I have lost everything, but I am not worried for myself. I don’t know how my daughter-in-law will live without him.”

Ratan, who has a four-year-old son, Krishna, was Ram Niranjan’s only child. “I worked as a labourer, sold juice and hawked wares to earn enough so that he could complete his studies. Our financial situation had started improving only recently, and now, he has left us.

Karnataka lost a hero, too, with the death of Guru H, 33, who hailed from Mandya district. After completing his training, he had joined CRPF in 2011 and was posted with the 94th battalion in Jharkhand. He was later transferred to serve in Srinagar.

The eldest son of Honnayya and Chikkolamma from Gudigere Colony, Guru has two brothers—Madhu, who works at the KEB office, and Anand, who is a home guard. The parents run an ironing shop in K M Doddi.

A year back, Guru had moved into his new home, and 10 months back, he had married his uncle’s daughter Kalavathi from Sasalapura, Ramanagara district.

Just before his 15-day leave came to an end, Chikkolamma had appealed to him to leave his job and return home. Guru, however, had refused to and said: “I want to serve my country; there are many soldiers like me there, and all we want to do is protect our fellow citizens.”

A friend of Guru’s from primary school, Mahadev, remembers him as a humble man who would mingle with everyone despite having landed a government job that commanded respect and honour. “He was never dominating or threw around attitude. He was a pure soul. We miss him.”

—With inputs from Lakshmi Bavge and Syeda Ambia Zahan