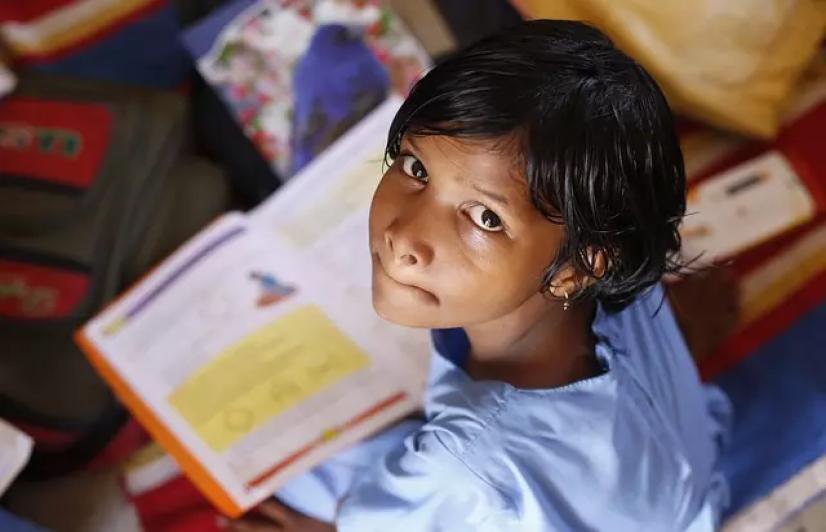 Kashmir, Jammu and Kashmir: While the Centre might have decided to reopen primary schools in Kashmir from Monday, operating institutions of higher education remains the biggest worry for the authorities as apprehensions of student protests are rife owing to the past record. Even parents are worried about sending their wards to schools under the present circumstances.

Chief Secretary of Jammu & Kashmir (J&K) B V R Subrahmanyam had announced that schools would reopen on Monday in an area-wise manner in Kashmir while adding that the schools are being reopened so that the education of the children doesn’t suffer.

Although the government claims that Kashmir is limping back to normalcy, the worry surrounding student protests have become a cause of concern for the authorities. There are several educational institutions where pro-separatist protests have become routine and have turned into incidents of public disorder often. At times, the security forces had to enter the higher-secondary schools and colleges to contain the protests.

In 2017 and 2018, it was seen that students were leading protests in parts of Kashmir, forcing the government to close down schools and colleges for weeks.

Kashmir University yet to reopen

Kashmir University which observed summer vacations till August 18 has extended it to August 23 now.

“It is a [cause of] big worry for the government. How long will state administration close down higher educational institutions! Since 2017, we have witnessed how students took part in protests and even participated in stone-pelting,” a senior government official said.

He, however, said a process has begun categorisation of the educational institutions in the Valley. “The educational institutions will be declared as sensitive, hypersensitive or non-sensitive. It has also been decided that no outsider should be allowed to enter the colleges and higher-secondary schools once they reopen. Police in civil clothes may also be deployed in the varsities,” he added.

Principal Secretary of J&K Rohit Kansal said necessary preparations were being made for the reopening of schools and is limited to primary schools now. However, he didn’t comment on when the high schools, higher secondary schools, and colleges would reopen.

Divisional Commissioner of Kashmir Baseer Ahmad Khan told 101Reporters that the district development commissioners have held meetings with officers of the school education department for identification of schools to be reopened in the initial phase.

The announcement about reopening of primary schools means that the government wants children up to 5th standard to go to schools.

Mohammad Hanif, whose eight-year-old daughter studies in a school in Srinagar, said the government wants to reopen schools to show signs of normalcy. “Who will allow kids to go to school under the present circumstances? We are worried if violent protests take place, who will bring our children home when we can’t even communicate with the school authorities,” Hanif argued.

“The schools have their own applications where parents get texts about picking and dropping points of students. How can we know all that when mobile phones are not working,” he asked.

Mohammad Sharif, another parent, said although they want their children to go to school, the government has to create a suitable environment. “Who will guarantee the safety and security of our children? There have been violent protests in several educational institutions in the past. How will we know whether our children have reached to their school safely when mobile phones are not working,” Sharif questioned.

The prevailing situation has also traumatised students and it is making it difficult for them to concentrate on studies.

Tahir Ahmad, a student of class 12 in Srinagar, asked when the surroundings are gripped in fear how can students concentrate on studies. “People are caged to their homes. Communication channels are shut but the government wants to reopen schools,” he added.

Irshad Ahmad, who is pursuing graduation in one of the local colleges, has not moved out of his home since August 4, when restrictions were imposed in the Valley.

He has been confined inside the four walls, which has caused a lot of distress to him.

The ongoing circumstances have started weakening Irshad’s memory who feels frustrated staying inside four walls for the whole day. “He seems so frustrated that he does not know the days of the week now. He does not know whether it is Thursday or Sunday,” his father Abdul Rahim, a resident of Zakura, told 101Reporters.

Last week, Irshad had to consult a psychiatrist, who after examining him had prescribed some medicines. “The doctor told us that the ongoing crisis has taken a heavy toll on the mental health and the majority of people are facing one or the other mental problems owing to the prevailing situation,” Rahim shared.

Doctors, after examining the patients, have diagnosed that people used to vent their emotions on social networking sites but the gag has frustrated them and added to their mental agony.