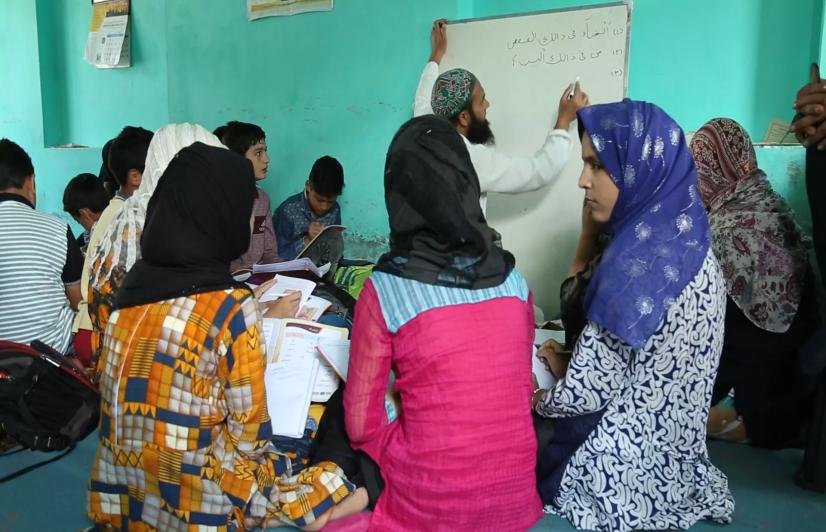 With a crumpled handkerchief in her frail hand, Shameema (name changed), 50, a resident of Bemina locality in Srinagar of Jammu & Kashmir (J&K), awaits her turn to receive treatment at the dialysis centre of a local non-government organisation (NGO), Athrout, in Nawakadal area of the old city.

After the repeal of Article 370 on August 5, the region faced a breakdown of numerous services such as healthcare and education. However, organisations such as Athrout are coming together to ensure the flow of critical services.

Even when thinking of the day her husband, who works as a labourer, mentioned that the golden card issued by the government under their flagship healthcare scheme Ayushman Bharat had stopped working, Shameema gets anxious. Absence of internet connectivity meant that she wouldn’t be able to receive her treatment as schemes by the government can only be accessed after online verification and her financial status prevented her from being able to afford treatment at a private hospital.

She had given up hope of receiving treatment and was certain that she would not be alive for long. However, after making several rounds of the government hospital, her doctor suggested her to approach Athrout, which is where she goes for her regular procedure.

After all avenues for the downtrodden had been shut, Athrout picked up the mantle and is ensuring that the less fortunate continue to receive healthcare services. Their dialysis centre has helped multiple patients across the Valley since the lockdown began and treats about 20 patients in two shifts every day.

Mudasir Ahmed,  manager at Athrout, told 101Reporters that 59 patients, including patients from Srinagar as well as north and south Kashmir, are registered with the centre currently.

He highlighted that there has been a heavy influx of patients since the abrogation. “It was a difficult situation as we had to accommodate so many in one go, but there was no way we could deny them given the circumstances, and we managed due to the relentless efforts of our volunteers,” he added.

The NGO has four ambulances and has around 35 volunteers who work round-the-clock in shifts. They also offer ambulance services to many patients and attendants to ferry them home. Apart from the healthcare services, the NGO has also been distributing monthly cash to widows, medicines to the sick and marriage kits to brides with limited resources.

Like Athrout, Help Poor Voluntary Trust (HPVT), has striven to fill in the gaping hole left by the clampdown. Inside the crowded emergency at a main tertiary hospital of the Valley, Shri Maharaja Hari Singh Hospital (SMHS Hospital) in Srinagar, one might fail to notice a small kiosk by HPVT that has sprung up next to the ticket counter. However, hundreds of financially poor patients benefit from it daily since August 5.

The person in charge of the initiative at SMHS Hospital, Mohammad Ali Lone, is an employee in the agriculture department of Srinagar. After he finishes with his day’s work, he gets ready for another. Donning the red and yellow vest with a motto which says, “Help us to save lives”, he sets off to the hospital.

Lone asserted that it has been a testing time for the residents, especially the financially weak ones, who have been pushed to the wall by the unending restrictions. Those who suffer from life-threatening ailments have been particularly hard-pressed, he highlighted.

Currently, with over 1,700 patients registered, HPVT has been providing medicines and several other service free-of-cost. The trust has around 100 volunteers, which include students, government employees, doctors, teachers and lawyers, working with them and set up kiosks in five hospitals of Srinagar—Sher-i-Kashmir Institute of Medical Sciences, SMHS Hospital, Super Specialty Hospital (Srinagar), Jawahar Lal Nehru Memorial Hospital in Rainawari area and Bone and Joint Hospital in Barzulla area.

In addition, the trust has been offering free services like trolleys, wheelchairs, Nebulizers, urine containers, patient guidance and assistance.

A dimly lit corner of a newly plastered room is abuzz with the chatter of three kindergarteners. They are bent over their notebooks forming letters of the alphabet on the ruled pages of their notebook. A young man barely in his mid-20s watches over them twiddling with the eraser. In the centre of the room, a group of tenth graders is solving problems of trigonometry. Another young man in his 20s supervises them, and explains the solutions with patience. These are not the scenes from the private tuition centre but a makeshift community school that runs every afternoon from 1 to 4pm at Pattan in the northern part of the Kashmir Valley.

Community schools have sprung up in various parts of the Valley to ensure that the students who miss out on schooling stay in touch with their education. These schools are entirely run on the resources and labour pooled by young men and women united by the spirit of self-services.

Three young men in their twenties who chose to remain anonymous are behind this initiative. Two of them are teachers in government schools, while one teaches at a private school. All three decided to join forces after realising that the current upheaval is unlikely to end soon.

“We don’t see any improvement in the situation. The biggest casualty is the education and mental growth of young ones. Each day they spend absent from school adds to the rust that eats away at their mental growth,” asserted one of the young teachers.

He added that couldn’t bear the situation affect the mind of the children any longer and while they concede that they can’t replicate a conventional classroom, they opened the school in his house as “desperate situations call for desperate measures.”

Presently, the school has enrolled around 100 students right from nursery to grade 10.

When asked how he feels about the community school, Saqib Wani, 16, asserted that he felt lost for the first few days of the curfew and was terrified that he would fail his matriculation examinations, which were held in October, until he came to this school. “There was no one to talk to at home. At the school, I have made friends, and I have completed most of my syllabus. I no longer feel lost,” he mentioned.

Similar schools have sprung in several parts of the Valley which run solely on the selfless efforts of educated youth. A community school at Harwan in Srinagar is being run by two youth, Sameer Ahmed and Younis Ahmed, and 25 students have already enrolled for classes which are from 8-10 in the morning, and after 5 in the evening. On the outskirts of Srinagar, a community school in Zakura functions with twenty students and two volunteer teachers.

“These schools exhibit once again the selfless streak of Kashmir that comes to the fore during crises,” stated Farooq Ahmad, a resident of Srinagar.