Wary of fake Paytm, shopkeepers shy away from digital payment 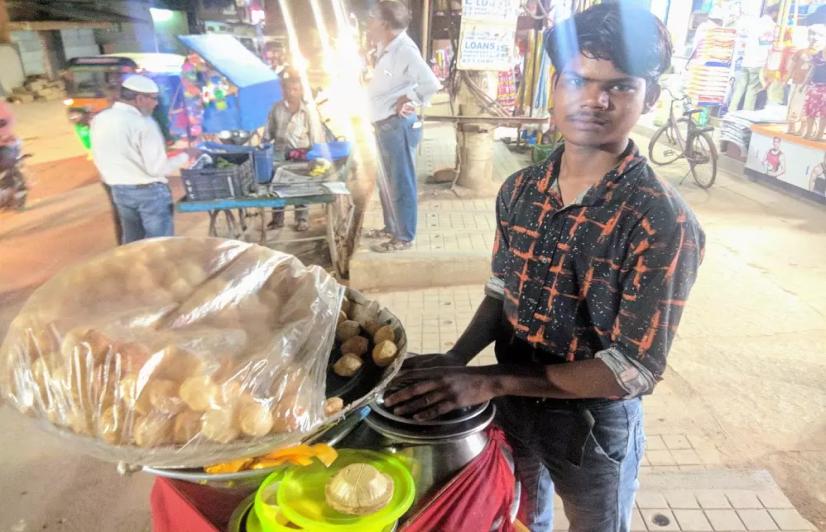 Bengaluru: “Park your bike in the shade before you leave to get cash,” said a concerned Kulayappa, owner of a breakfast stand in Immadihalli suburb of Whitefield. A man in his early fifties, Kulayappa is a regular witness to failed transactions though UPI-based services like Google Pay, Paytm and PhonePe.

“Always have a hundred rupee note with you, you never know when these things stop working,” warned Kulayappa.

The fault could well be on the side of the server-based operations of the not-for-profit Unified Payments Interface (UPI) scheme, a subsidiary of National Payments Corporation of India (NPCI) but with the growth of UPI-based payment apps, scamsters are on the hunt.

For Raghu, owner of a tea shop in Immadihalli, fake Paytm transactions are a matter of great concern. “Some people download a fake Paytm app and showed it to us. The app claims that the money has been sent, but in fact, it was never credited to our bank accounts,” he told 101Reporters.

“There was one time when I had to beat up a few boys who were planning to trick me. This is why a lot of shopkeepers here are reluctant on having this app,” he added.

National Payments Corporation of India (NPCI) saw a revenue increase of Rs 17,992.88 lakhs in the financial year 2017-18 as compared to the previous fiscal year. As of April, there are 144 banks linked to the UPI platform with over 7817.9 lakh transactions amounting to 1,42,034.39 crores, an average of a little over Rs 1800 per transaction.

The number of smartphone users going up reveals that people have been increasingly using UPI and e-wallets as a preferred mode of payment. A report published in January this year on LiveMint reported that UPI transactions over 1 trillion rupees were conducted last year.

As the rest of India is acclimatising itself to UPI-based payment systems, people in urban areas resort to fake payments to dupe shopkeepers. Fake apps like ‘Spoof PayAtm’ are unavailable for download on Google’s Play Store, mostly because they violate the company’s content policy. However, the app makes rounds of the internet on different independent app download websites. The app imitates Paytm’s transaction screen to show a successful transaction.

The description on the app’s tutorial page reads, “This is a fun app, don't miss use (misuse) it for any illegal or unethical activities, if so the developer will not be responsible.”

Paytm, when made aware of such fraudulent transaction, commented that they are unable to trace the user in their system and advised “seek legal/police help” in cases of fraud. In September 2018, two students were held in Tamil Nadu for a fraudulent transaction amounting to Rs 30,000, reported Times of India. There have been similar cases reported in Hyderabad as well.

Hitesh Verma, the developer of a spoof app named SpoofPayAtm, claimed that he made the app for spoofing friends only, and not for fraudulent transactions. “I tried my best to remove it. But I guess you can't erase anything from the internet,” he revealed, when he discovered that it was being used for illegal transactions.

Rohan (name changed), now a techie in Bangalore, remembers his college days when he used to con shopkeepers. “We once conned a local bakery of Rs 3000. It used to be easy. It is easy if there’s an SMS service integrated with such fake apps which sends a fake message claiming that the money has been credited to the shopkeepers account in realtime,” Rohan said.

Shubham Siddhartha, a business development associate at Byju's, believes that the onus is on the companies to make sure that all hindrances in their way of expanding operations are cleared. "For large companies like Paytm who have a lot of resources, it is crucial that they make themselves available enough to owners of small business. Cashless transaction is going to expand to third-tier cities. It is important that there is enough awareness. The companies must address security concerns if any, and open help centres around to ease up communication and facilitate the development of business," he added.