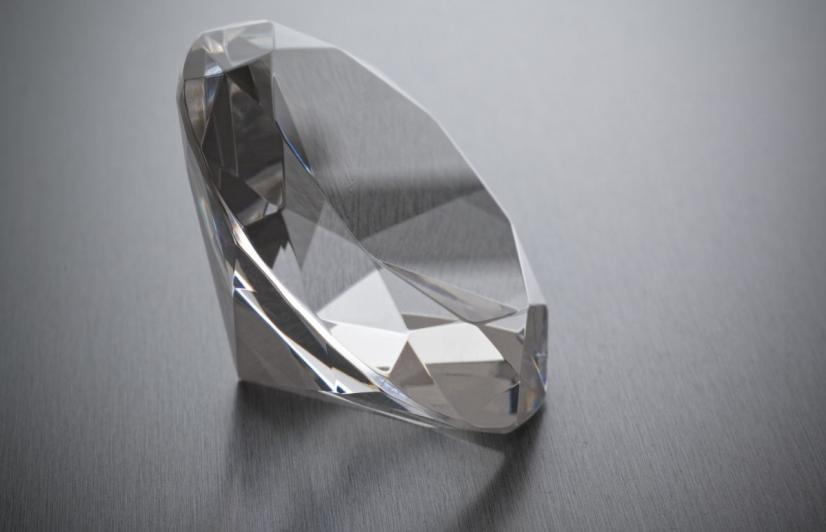 Surat, Gujarat: While a majority of sectors have been negatively impacted by the coronavirus pandemic, raw diamond cutting and polishing units in and around Surat city of Gujarat are abuzz with activities after a prolonged lull.

Media reports say that India is the world’s largest cutting and polishing centre of rough diamonds, and 14 out of every 15 rough diamonds in the world are polished here. Surat is the hub for cutting, polishing and processing rough diamonds and 85% of the diamonds are exported. The diamond sector was facing a slowdown in recent years. The situation worsened from in the last week of March when the nationwide lockdown was announced.

According to data from the Gems and Jewellery Export Promotion Council (GJEPC), the exports of cut and polished diamond in the April-November period this year stood at Rs 66,419 crore, which is almost 33% lower than that of the same period in the last year. However, the November 2020 exports stood at Rs 12,214 crore (23.08 lakh carat), which is almost 45% higher than the exports in November 2019 in value and almost 35% higher in volume terms.

Damjibhai Mavani, secretary of Surat Diamond Association, a body of local industry leaders, told 101Reporters that there is no demand surge as such.

“In the last six months, there was almost no production and what we are seeing now is a result of the 're-railing' process. Traders had run out of stock and so the units are producing again. The production is still around 40% below normal,” he added.

While many stakeholders in the industry see the recent rise in production as a temporary affair driven by the festive season, some are hopeful that it will continue.

Mitesh Jasani, owner of Rolex Diam, a diamond polishing company in Mini Bazar area of Surat, stated that almost all the diamonds polished in Surat are exported.

“Around 80% of the diamonds polished in Surat goes to Hong Kong, which is a free port. The US, Europe and China are also prominent importers. There are two reasons for the current production rise, one is the demand increase around festivals like Diwali and Christmas, and the second is to restore the traders’ inventory, which had almost emptied after the lockdown,” he explained.

He stated that they have only achieved around 60% of the normal production figures as there is a shortage of workers and raw material.

“Our industry is facing a slowdown for the past two years. It suffered due to the controversy around exports of lab-grown or artificial diamonds in 2017-18 and the scam involving Mehul Choksi and Nirav Modi, which resulted in difficulty for the industry in getting bank credits. Later, the political instability in Hong Kong, the biggest importer, affected it as well. The largest diamond trade expo in Hong Kong was cancelled. Now the pandemic has struck,” Jasani added.

He said the current recovery should not be mistaken as a return to normalcy. “It might even be temporary and short-lived due to various uncertainties. Around 30% of the workers have not yet returned to work,” he mentioned.

However, Dinesh Nevadia, regional chairman, GJEPC, is more optimistic. “We are seeing a trend of recovery, which will continue. It’s not only because of the festive season. Had it been so, the demand would have slumped by now,” he argued.

Ramesh Zilriya, president of Diamond Workers Union, stated that many migrant workers were reluctant to return to Surat, resulting in a shortage of labourers.

“The 30-35% pay cuts after the pandemic haven’t been reversed yet. About 12 lakh of the total 17 lakh diamond workers work in over 20,000 units in and around Surat. Most of these units are unregistered and small, leading to the poor implementation of labour laws,” he explained.

After the pay cuts, most of the workers get a meagre monthly salary of Rs 9,000-12,000, he added. About eight to nine lakh workers are from the Saurashtra region and around the remaining 2.5 lakh workers come from neighbouring states like Madhya Pradesh, Rajasthan and Maharashtra, he shared.

“Over three lakh workers haven’t returned owing to the fear of the situation created by the pandemic. It’s almost impossible to follow social distancing norms in the cramped smaller units. Because of it, a large number of workers have been infected. The municipal corporation in the city, which has seen over 940 COVID-19 deaths so far, regularly conducts raids. The local body often seals such units resulting in sudden unemployment of workers who are already under debt burden owing to the lockdown. A random positive test leads to a 14-day quarantine or treatment adding further to the misery of such migrant workers,” he added.

Surat Diamond Association’s Mavani stated that the overall production/export figures in volume terms are almost stagnant for many years.

“A number of small units have closed, while a handful of bigger ones have prospered. The government should, with proper policy interventions, provide a level playing field for all,” he suggested.