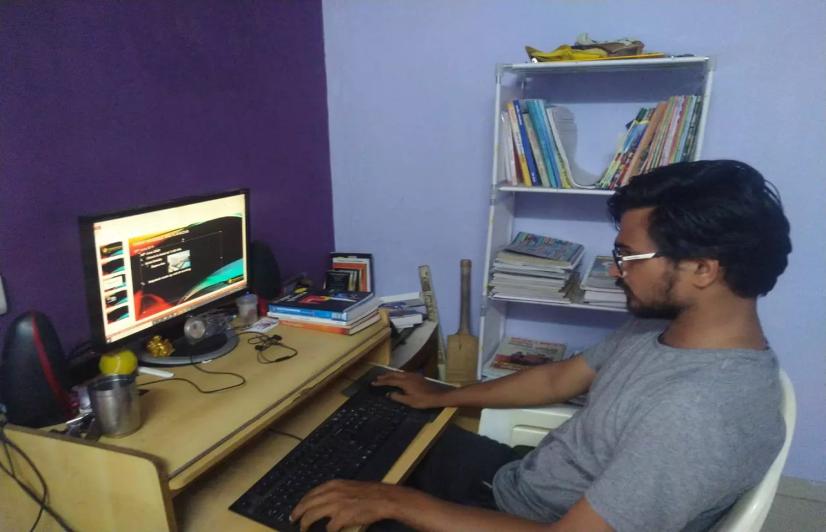 Ganesh Shitre, 30, a resident of Pune and a former employee at Sensabyte Edusoft Private Limited, an IT company, was asked to resign in March, without any prior notice by the company, leaving him unemployed overnight, like many others. He has to pay off his education loan and also support his family of four. However, he decided to try out something to earn money.

“I thought of entering the marketing sector, and the coronavirus crisis was at the peak. I started working on designing and creating printed masks. Eventually, I ended printing on mugs, pen drives, calendars, t-shirts, bottles and everything that could be possible,” he stated.

Meanwhile, another ex-employee of Tech Mahindra from Pune, requesting anonymity, stated that he was laid-off in May and now has started selling spices through a dealership.

Some people have started taking help from their friends having different skills.

Pravin Shilawat, who used to work as a system administrator till May, came up with an idea for a teaching app. However, he was wasn’t well-versed in coding so he asked his friends and worked with them on a prototype.

Harpreet Singh Saluja, founder of National Information Technology Employees Senate (NITES), Pune chapter, said: “We are also locking horns with the employers on how these employees could get terminated overnight and forcefully. Meanwhile, the network of IT employees across India is pulled in to look for IT jobs for these individuals.”

He said people seeking psychological support get assisted through the NITES through a programme Aadhar Abhiyan. Another platform addressing grievances of IT employees, Pavanjit Mane, president of the Federation of Information Technology Employees (FITE), told 101Reporters that they have been reaching out to the current employees about such sudden and illegal terminations. Then, the employees of IT firms inform them about demands to resign forcefully or face terminations without the salary, other dues and the relieving letter.

Mane said that such steps are affected verbally, and HR heads avoid documenting such things on the record. “We are asking all the employees to document it on email for the record,” he added.

Furthermore, the FITE is also encouraging the unemployed to start a business with their respective skillset and also promote their businesses locally. Mane added that legal support is provided to the employees.

The cases are similar in Hyderabad and Bangalore, other major IT hubs in the country.

Vinaykumar Pyaraka, the founder and president of Information Technology Employees Association (ITEA), Bengaluru chapter, stated that they are filing public interest litigations challenging the illegal termination of employees. He said he knows individuals who are now selling health insurance policies or personal belongings for survival.

“The government claimed the revenue of the state has increased manifolded due to IT employees. If the IT employees are so crucial, then why are they not protected,” he argued.

Chetan Jagtap, assistant labour commissioner (Pune), stated that IT employees are being asked to submit their applications and the employers are advised to negotiate with their former employees through a conciliation meeting. If the IT professional remains aggrieved, they are referring it to the court.