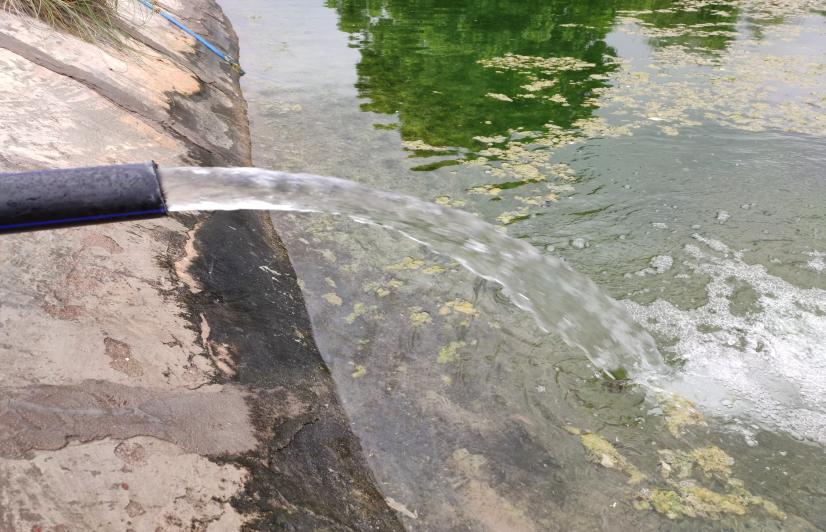 Bengaluru, Karnataka: The recently released Comptroller and Auditor General's (CAG) report on 16 national irrigation projects have revealed patchy implementation, inordinate delays and massive escalations over the past decade. The report states how only five of these projects are under execution, with the remaining 11 yet to start work. Experts and policy makers are of the opinion that along with expenditures, a study of the project proposals is also a must to untangle management flaws.The CAG report shows how failure of project authorities to adhere to the contract norms has led to a whopping Rs 32.16 crore (non-recovery) loss and a cost escalation of Rs 224.54 crore.

Himanshu Thakkar, water expert and coordinator at the South Asia Network on Dams, Rivers and People (SANDRP), a group of organisations and individuals working on water issues, said, “A project should be given ‘national’ status only after its impact on the environment is assessed and its cost-benefit studied, among other factors. The national auditor should also look at the protocols that were followed before sending proposals for government approval."

The 16 irrigation projects were brought under the Accelerated Irrigation Benefits Programme in 2008 by the central government. The five projects that are under execution are Indira Sagar Poolavaram Project, Gosirkhurd Irrigation Project, Shahpur-Kandi Dam project, Saryu Nahar Pariyojana and Teesta Barrage Project. The CAG report also states how slow progress of work in the five ongoing projects has resulted in an escalation of 2,341 %, from an initial estimate of Rs 3,530 crore to the current Rs 86,172.23 crore. Also, out of these five, some had commenced work as far back as 1977-83.

One of the major reasons for delay, as cited by the CAG, is shortage of sufficient and accurate detail project reports (DPR), which has incurred an additional total cost of nearly Rs 903.67 crore. A DPR is the final document that contains information about a project’s costs, benefits, impacts and its implementation strategy.

“A DPR is prepared by the project development authority and is essentially a technical document. Clearances for a project are given on the basis of a DPR. But the process of preparation and appraisal of these documents are not transparent. The Environment Impact Assessment (EIA) and DPRs are not publicly available, making them less credible,” said Thakkar.

Sripad Dharmadhikary, coordinator at Manthan Adhyayan Kendra, a centre which analyses, researches and monitors water and energy issues, said, “Project assessments were made to get clearances, at the cost of overlooking financial, human and environmental concerns. But the involvement of all stakeholders is necessary for a smooth functioning of all projects.”

Pulling up the Ministry of Water Resources, River Development and Ganga Rejuvenation, the CAG had said how in four projects, out of the five ongoing ones, the process of land acquisition has not been completed because of unreasonable administrative delays. Hurdles around land acquisition, inter-state cooperation and rehabilitation of the affected people have been attributed to the slow pace of work.

Thakkar gave the example of Indira Sagar Polavaram Project, which has seen the most number of interruptions in terms of land acquisition and getting clearances. This dam across Godavari river is under construction in west Godavari and east Godavari districts of Andhra Pradesh. But its reservoir spreads in parts of Odisha and Chhattisgarh. “There is no inter-state agreement with Odisha and Chhattisgarh and the two states have protested against the dam's construction in the Supreme Court. The environment management plan has not been implemented and there is no submission of compliance reports. The project has also violated the Forest Rights Act and there is no study on backwater impact which will affect Telangana,” he said.

Thakkar further explained, “The purpose of this particular project is to transfer water from Godavari to Krishna but both rivers are interstate basins. The dispute tribunal focuses on equal distribution of water between states. However, the Andhra Pradesh government has termed it an internal project when the dam itself is built between two states.”

The national auditor’s report also pointed out how delayed rehabilitation and resettlement measures have caused total escalations worth Rs 1,414.26 crore.

“There is not one project that has successfully rehabilitated the displaced people. Our country lacks proper policies to rehabilitate those affected by government projects. Even the few policies that exist are not legally binding,” Thakkar said.

Dharmadhikary said, “Losses suffered by humans because of delayed projects are massive. The lives of thousands come to a standstill since welfare schemes to aid construction of roads, schools, hospitals or laying power lines are stopped.”

“Some environmental hazards were initially overlooked to get benefits of irrigation facilities and power generation. But when these needs are not fulfilled, building big dams, which show no signs of completion, makes little sense,” said Dharmadhikary.

Also, four out of the five ongoing projects have made negligible contribution to irrigation facilities. The Saryu Project, in Uttar Pradesh, itself contributes to 74% of the irrigation potential. A scenario such as this also raises concerns about practicability of these initiatives.

Thakkar further said, “Many of these projects should not have been approved in the first place by the Central Water Commission (CWC). But this central body is politically compromised. It is time the CWC understand that big dams are necessary but it is also extremely crucial to assess their cost benefits and impact on the environment.”

“Re-engineering of the projects which are already underway is required to expedite their completion,” said Dharmadhikary.