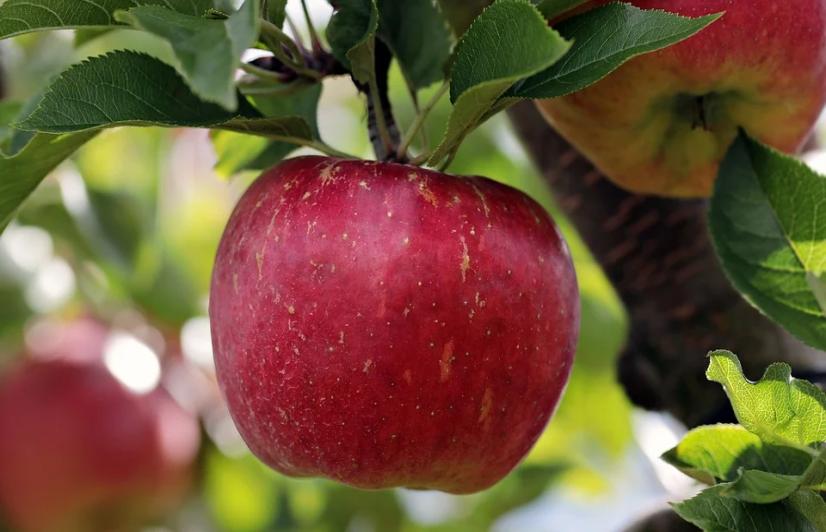 Himachal Pradesh: The apple orchards of Himachal Pradesh are facing a crisis brought on by the Covid-19 lockdown and a shortage of labourers from Nepal.

According to data from the state horticulture department, Rs 4,000 crore of apples were sold while 6.64 lakh tonnes of apples were produced in the 2018-19 season. However, owing to the lack of solutions and intervention from the state government, the stakeholders are worried they might face unprecedented losses.

Local growers are concerned that the July harvesting season would be a failure owing to the scarcity of Nepalese labourers. According to estimates by the horticulture department, the return of around four lakh Nepalese labourers, who have been the backbone of the industry for over half a century, is blocked during the Covid-19 pandemic.

Chand, a labourer contractor, stated that though many labourers want to come back, the quarantine measures and other measures have discouraged many as they don’t have money, place or food to sustain themselves during the period.

Earlier, Chief Minister Jairam Thakur had announced that the state government would bring Nepalese labourers. However, the recent diplomatic strain between India and Nepal over boundary issues could also play spoilsport in return of Nepalese labourers, even as the director of the state horticulture department Madam Mohan Sharma informed that the Union External Affairs Ministry and the Union Home Ministry have been requested to look into the matter.

Sharma added though no records are maintained, about four to five lakh Nepalese come to HP in May and then leave after the harvesting season ends in October.

Kunaal Chauhan, an apple grower from Kotkhai near Shimla, stated that Nepalese labourers are adept at working in high altitude and difficult terrain, making them an integral part of the apple industry.

Prashant Sehta, another apple grower from Shimla, believes that it would be impossible for their product to hit the market if the Nepalese labourers don’t return.

“In the past, we tried with labourers from Assam or Jharkhand but they couldn’t adjust to the conditions here. If labourers from Nepal don’t return, I fear we will leave our produce rot over the orchard. In that situation, HP apple will not leave for other Indian cities,” he commented.

Kullu-based-cultivator Shri Kant appealed to the government to intervene and believes that unless the government comes to their rescue, there will be a severe impact on the industry.

Yashwant Chauhan, the owner of Jai Estate, one of the largest apple orchard estates in Shimla district, mentioned that the apple industry is the backbone of the state's agriculture economy and if it goes into losses, the entire state would be impacted.

Lokinder Singh, president of Progressive Growers Association, estimated that only 10% of Nepalese labourers, who couldn’t return when the lockdown was imposed in March, are in the state. He urged the government to facilitate their return.

The growers also apprehend the increase in production cost since there is a shortage of wooden packing cartons and these are being sold at a higher value than last year. Tray makers used in packaging too face labourer shortage.

On June 13, the members of the Federation of Apple Growers (FOGA) met to discuss the issue. FOGA press incharge Rajesh Dhanta stated that though CM Thakur has made a statement, nothing can be seen on the ground.

He added that the price of trays should be regulated.

Apart from labourer shortage, the state horticulture department has predicted shrinking of state’s latest apple production to almost half in comparison to last year, according to director Sharma. He explained that the temperature did not rise to an optimum level during flowering and pollination stage in May, while untimely rains also impacted the yield.

Quoting internal data, Sharma said that they expect the sale to come down from four crore boxes in 2019 to two crore boxes.

Shrinking produce may lead to a hike in retail prices of the apples in the open market but major apple buyers from potential markets like Mumbai, Ahmedabad, Chennai, Delhi and Kolkata face a number of hardships.

Rajesh S. Shinde, the owner of MD fruits from Chennai, said that each year his firm buys Rs50 crore worth of apples from Himachal Pradesh, but the town's main mandi (community market) is lying closed for over a month.

“The local government made a temporary mandi outside the city but it could not accommodate all traders. In that situation, procuring apples from HP and selling them here appears very difficult right now,” he said.

Prem Rohra, the owner of Ahmedabad-based HC Agrifresh Private Limited, stated that he used to procure apples worth Rs 24-25 crore, but there is major compression of demand in the market as people don’t have extra money due to the COVID-19 pandemic.

Deepak Gupta, owner of a Mumbai-based fruit trading firm, stated that they might not be able to make fresh procurement from HP because the old stock is already lying in their stores.

Sunny Chelani, the owner of Jaipur-based Jhura Mal Traders, believes that the demand in his region hasn’t gone down, but is wary of the obstacles he would have to face in procuring it.

When contacted, Naresh Thakur, managing director of HP State Agriculture Marketing Board, stated that though the apple season might not be profitable like last year, they will ensure adequate buyers for local growers produce. “Our season for cherry and pears went well. Growers even got good prices for their produce. We will make similar arrangements for apple growers as well,” he said.

He added that if the apple crop doesn't sell, they will make the provision of storing the produce in cold storages so that it can be sold as and when demand is generated. However, apple growers worry that the state has only 10 cold storages where only 10%-15% of the total yield can be stored.