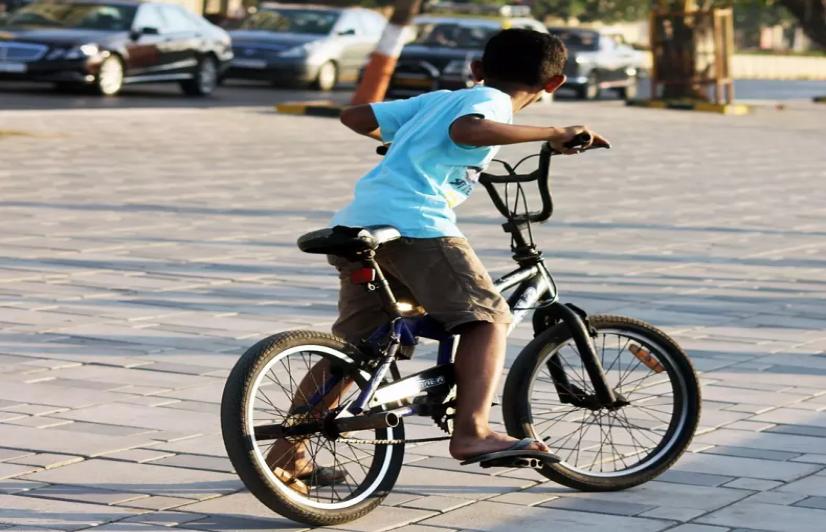 Ludhiana, Punjab: The South Asian Free Trade Area (SAFTA) pact was signed in an attempt to simplify and harmonise trade relations between India and its neighbouring South-East Asian countries- all except China. The economic giant has, however, gained the upper hand by routing its products through India’s neighbours, Bangladesh and Sri Lanka.

This loophole has particularly affected bicycle traders and manufacturers in Punjab’s Ludhiana--a city famous for manufacturing bicycles--as Chinese products are considerably cheaper as compared with the ones in the Indian market.

Since the agreement came into effect in 2006, local manufacturers have been worried about the sudden inflow of bicycles and cycle parts from Bangladesh and Sri Lanka. By selling its low-cost bicycles via India's neighbours, China bypasses direct import costs and dominates sales in the country's market.

Badish Jindal, president of the Federation of Punjab Small Scale Industries Associations, says that the tariff-free trade route has come as a curse for the cycle industry of Ludhiana. He explains that China has been placing its proxies in Bangladesh and Sri Lanka, and sending goods “worth millions of dollars” into Ludhiana through these routes. Jindal, who also served as vice-chairman of the National Productivity Council, said that the governments of Bangladesh or Sri Lanka cannot act against these proxies as they are “technically not doing anything illegal”.

Jindal adds they have highlighted the issue “several times” and written to the central government, but haven’t received a satisfactory response back.

“New strategies have to be formed to end the misuse of SAFTA route by China. It is surprising and impossible that countries like Sri Lanka and Bangladesh, which had no or little cycle industry, started manufacturing every cycle part within a few years and their exports to India swelled to millions within a short duration of time,” explains Jindal.

Pradeep Wadhwan, vice president of United Cycle and Parts Manufacturers Association--an umbrella organisation for cycle manufacturers of Ludhiana--said more than 200 cycle manufacturing units have shut down during past 10 years after facing heat from China’s cheap cycle and bicycle parts. “Owners of these units have either switched their business, or have become dealers of cycle parts instead of being manufacturers for the same,” said Wadhwan.

There are nearly 4,000-4,500 cycle manufacturing units in Ludhiana; working in the informal sector, their exact number is unknown. However, most of these small units supply cycle parts to giants like Hero and Avon, also located in the city. The cycle industry in Ludhiana is under stress as cycle giants have already opened manufacturing units in other states like Bihar.

While goods are being sent to India through a proper channel, traders have suggested that the government should either impose some kind of duty on bicycle and cycle parts imported from SAFTA routes or impose a blanket ban on import of such goods through these routes. Since bicycles and cycle parts from China are cheaper, sellers prefer them over items manufactured in India.

Industry analysts opine that the government needs to take steps to protect the future of the country’s bicycle industry.

SC Ralhan, former president of Federation of Indian Export Organizations says there is a need for the government to keep a check on any misuse of the free trade route so that the interests of the local manufacturers are not compromised. Similarly, Gurmeet Singh, an expert on the Ludhiana bicycle industry and president of Federation of Industrial and Commercial Organization, says the government has requested to levy anti-dumping duty on direct imports from China so that interests of cycle manufacturers could be safeguarded.

The numbers are interesting across Bangladesh, China and Sri Lanka: As per data provided by the Union Ministry of Commerce, India did not import bicycle or cycle parts from Bangladesh between 2006 to 2010, and it was only in 2011 when imports worth Rs 5.10 lakh took place. The numbers suddenly increased within just a year, where Bangladesh imports rose to Rs 1.44 crore, and maintained their dramatic rise up till 2016-17 at Rs 41.23 crore, seeing only a slight dip in 2015-16. However, in 2017-18, imports dipped to Rs 28.84 crore.

An odd fact can be noticed over the last couple of years, between 2016 to 2018, when Chinese imports suddenly increased to Rs 143.57 crore, and Bangladeshi imports fell, as mentioned previously.

India is said to be the world's second-largest bicycle manufacturer, reporting an annual turnover of Rs 6000 crore.