‘Bid to rein in the media’: Asianet News and Media One journalists react to telecast ban 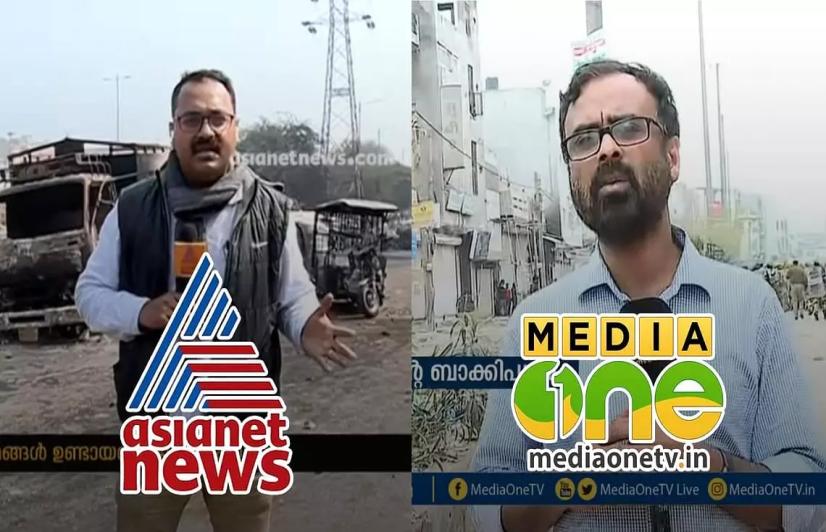 “Our basic thought process is that the freedom of press is absolutely essential in the democratic set-up and that is the commitment of the Modi government,” said Information Broadcasting Minister Prakash Javadekar, whose ministry banned two Malayalam news channels for their reporting of the communal riots in Delhi, on Saturday.

In what could be seen as a move to quell opposing voices, two Kerala-based news channels — Asianet News and Media One — were banned from broadcast for 48 hours on March 6 by the Ministry of Information and Broadcasting (I&B). The channels were suspended on the charges of misreporting the Delhi riots the previous week. However, the government lifted the ban by early next morning.

The minister, hours after the ban was revoked, said, “Two Kerala channels were banned for 48 hours. We immediately found out what exactly happened and therefore we immediately restored the channels.”

However, the minister didn’t mention ‘what exactly happened’.

The episode of the ban and its revocation within hours raises questions as the central government has always kept a close watch on news channels. The I&B Ministry had on November 4, 2016, penalised NDTV and kept it off air for a day for allegedly divulging ‘strategically sensitive’ details while covering the attack on the Pathankot airbase.

In such a scenario, the ministry’s claim of making a ‘mistake’ in banning the channels despite getting replies to the show-cause notices it had issued to them comes across as dubious.

An NDTV journalist Arvind Gunasekar took to Twitter to question the motives behind the ban as the channels spoke against the Rashtriya Swayamsevak Sangh, the ideological parent of the ruling Bharatiya Janata Party, and Delhi Police, which falls under the Union Home Ministry.

The Chief Coordinating Editor of Asianet News Sindhu Sooryakumar declined to comment on the issue.

Show-cause notices dated February 28 were served to both the channels by the I&B Ministry.

The suspension order stated that the Asianet News broadcast, on the reportage regarding North-East Delhi violence, highlighted the attack on places of worship and siding towards a particular community.

PR Sunil, Chief Reporter with Asianet News, who reported for the channel from Ashok Nagar and Jaffrabad in New Delhi during the riots, told Newslaundry, “I have only done my job and I will continue to do my job. I don’t want to comment any further on the matter at this moment.”

It’s a way of scaring the media
A similar notice was served to Media One news channel. Speaking to Newslaundry, A Rasheedudheen, Political Editor with Media One, said the ban is an attempt to scare the media.

“They chose to issue the order to two channels in a bid to rein in the media as a whole. The same news was reported in news channels in other languages as well. Maybe more channels will be issued similar notices. I don’t feel that MediaOne will change the angle of its reporting because this happened. So far, we have adhered to the most ethical forms of journalistic reporting,” he added.

KS Dakshin Murthy, Associate Editor with The Federal, stated that it’s a tactic used by the government to suppress those who are critical of the government and to also ensure that others fall in line. He highlighted that the efficacy of the scare tactic will depend on the respective management of media houses, but it brings bad news for the media.

He pointed out that people criticising the government are termed as “anti-nationals”, diluting democratic space and the freedom of speech. He added that the incident comes at a time where there is a massive polarisation in media.

“Experienced journalists and media management should realise that if there is a divide, then all the sides of the media will lose out eventually,” he commented.

Aditya Sinha, Editor-in-Chief of Deccan Chronicle, told Newslaundry that it was, without a doubt, a tactic used by the government to suppress the media. He added that anyone who has not succumbed to the Hindutva agenda would understand this.

He pointed out that even national English channels like Republic TV spew venom against Muslims but it is the channels that question the Hindutva agenda that get banned.

“Everybody will get scared by this incident now, and it is not only the journalists but their owners as well, who have no spine. All the media owners have no brain and they just want to make money. So they are the ones who will make the journalists shed away such stories. Journalists are caught between the government and these owners,” he commented.

Chennai Press Club also noted that the 48-hour ban on Asianet News and Media One TV channels is a direct attack on freedom of the press.

”The Chennai Press Club strongly condemns the unprecedented decision of the Union Ministry for Information and Broadcasting for imposing a 48-hour ban on 2 Malayalam channels- Asianet News and Media One, for allegedly violating the provisions of Cable Television Networks Rule of 1994 during their reportage of the deadly riots that broke out in North East Delhi few days back,” read a note issued by the club.

Meanwhile, political leaders from various parties came forward to mark their objection against the ban, terming it an “infringement on media freedom.”

“The move banning the broadcast of Media One and Asianet News channels by the I&B Ministry is worse than the situations during the Emergency,” stated Kanam Rajendran, Kerala's secretary of the Communist Party of India (CPI).

Kerala’s opposition leader Ramesh Chennithala urged people to protest against the Centre’s move suspending the two news channels. “The BJP government is trying to chain the news channels which brought out the real stories of Delhi riots,” he said.

(With inputs from Kapil Kajal)