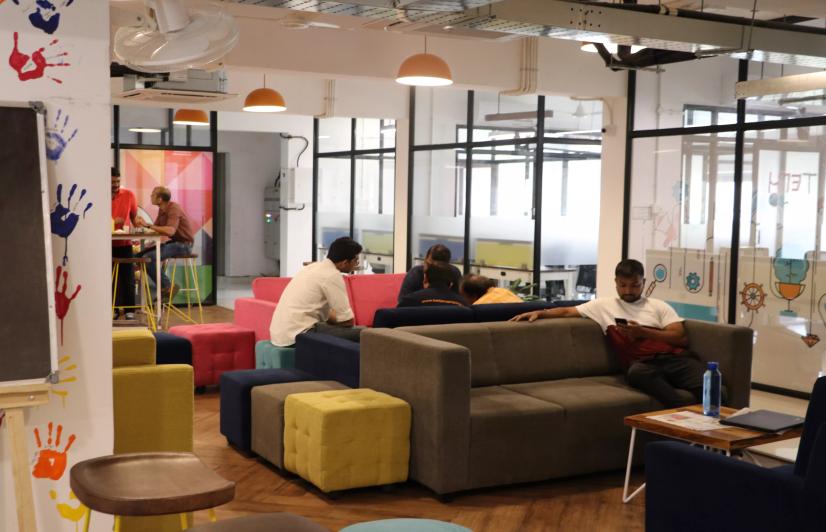 In their search for offending ‘shell’ companies, tax authorities have been indiscriminately targeting start-ups that have raised funds from individual, or angel, investors. This has brought about 40-50 start-ups under tax scrutiny.

Sreejith Moolayil, co-founder & COO of True Elements, a Pune-based food start-up, received a notice from income-tax (IT) authorities in December 2015 asking him to justify the valuation of his company. He had raised $153,000 in fresh capital in January that year, and despite making over 15 visits to tax officials to explain his case, was asked to pay 40% of the investment he had raised.

“After two years of discussion, the department concluded that our valuation method was not acceptable, and the money raised using a discounted-cash-flow (DCF) method exceeded a ‘fair-market value’ of the firm,” says Moolayil. “We were asked to pay Rs. 4 million as tax including penalty and interest.”

A DCF analysis projects future cash flow and discounts it, using the cost of capital, to estimate its present value.

“Although our start-up has met the projected revenue that the investment was based on, the assessing officer wasn’t convinced,” said Moolayil. He has spent more than Rs 150,000 defending his case and is now appealing against the order.

Moolayil has now formed a WhatsApp group of more than 45 start-ups who have been slapped with notices by IT authorities. In January, he started an online petition asking government to scrap the provision of the tax code that’s responsible for the mess.

To curb money laundering using shell companies, the government in 2012 introduced section 56(2) (viib) in the Income Tax Act. This amendment treats the difference between the amount of capital that a company raises and the fair-market value of the business as income and levies a 30% tax on it.

Since the section applies to angel investors and not to venture-capital funds or non-resident Indians, it has been dubbed an “angel tax” by the start-up community.

Founders argue that the valuation of a start-up is a based on financial projections and negotiation with its investors. The concept of a ‘fair-market value’ is vague and meaningless in this context.

“Why does the question arise when you have a legal DCF certificate,” asks Nikunj Bubna, founder of What’s Extra India, a start-up that helps retail chains run loyalty programs. “Who decides a start-up’s ‘fair market value’? How do you do this for start-ups when there isn’t any cash flow visible yet, when the business model is new or your ‘proof of concept’ hasn’t yet emerged?”

Incorporated in 2009, his company raised funds through a rights issue in 2014. After wrangling with IT officers over the course of 7 meetings, the company was sent a tax notice in December 2017.

Start-ups face another challenge: section 68 of IT Act says that if the source of funds is not substantiated, government can tax it as unexplained cash credits. In due course, What’s Extra’s investors too got notices questioning the source of their money.

Basically, the IT department claims it cannot fathom why any company which has neither assets nor profits should be so highly valued. Speaking off the record, a Pune-based tax official who’s handled angel-tax cases says, “The DCF methodology needs to be questioned. Cash-flow projections of many start-ups are incredibly high. How can we trust them?” he asks.

“The IT department doesn’t understand software,” replies the founder of a Bangalore-based start-up. “We don’t have assets except our software and our value is based on this software. According to them, our fair-market value is zero because we don’t have assets like a traditional company.”

Abhishek Goenka, leader (corporate and international tax), PwC India, says that the discretion currently available to IT officers should be taken away. “As long as the issue of shares is done at a valid price, backed up by a valuation report, there is no need for it to be referred to an IT officer; unless there is something patently incorrect or perverted.”

In the first half of 2017, the angel-tax issue caused a 53% drop in seed funding, estimates the National Association of Software and Services Companies. VCC Edge, the data research arm of News Corp, reported a drop in the total number of early-stage deals to 217 in the first half of 2017 from 368 in the same period in 2016.

V Balakrishnan, former CFO at Infosys and an angel investor in start-up Clonect, says they too got a notice from the IT department. “We were able to clarify our position with them and get a clean chit. If you are an investor and you find that your company gets these kinds of notices, it pisses you off. You don’t want to invest anymore in the industry,” he says.

“Also, these start-ups are young companies run by young entrepreneurs and if you subject them to such harassment without reason, it sends the wrong message. The government has realised that there is a disconnect in the regulation and they are looking at it seriously. It will be resolved very soon,” he believes.

Says Sharad Sharma, an angel investor and co-founder of the think tank Indian Software Products Industry Round Table (iSPIRT), “The angel-tax issue is the not the main factor in this slowdown. It’s one of the many contributory factors. We expect an advisory from the ministry of finance to tax officers. This will ensure that start-ups are not needlessly targeted and will clarify the interpretation of the law,” he says

In 2016, government relaxed norms by exempting start-ups that are recognised by the government. This February, media reports suggested that start-ups incorporated before 2016 and which have $1.5 million in angel funding would be exempted.

Sharma suggests moving to a regime where data analysis is used to unearth fraud so that regular start-ups are not needlessly harassed. There are various stages to appeals related to valuation and, since it depends on individual discretion, it can take up to 8-10 years to go through the entire chain of appeal.

Says Bubna, “I lost potential investors because I now have this tax notice on my books as a liability. I lost employees because the future of the company suddenly started to look uncertain.” That’s the price entrepreneurs pay for the heavy hand of government.