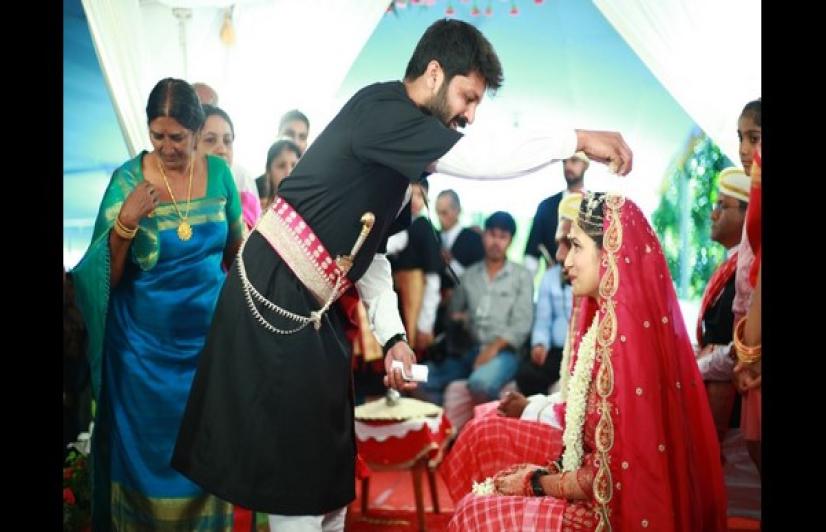 By M Raghuram and Coovercolly IndreshMadikeri, Karnataka: Known for their practice of caste endogamy, the Kodava tribe from the Kodagu district of Karnataka has tightened marriage customs owing to the dwindling population of the tribe, community leaders say.

On October 3, the Balele Codava Samaj (BCS) passed a resolution banning people from marrying outside the community. The Codava National Council (CNC) had earlier issued a statement asking Kodavas to not let their daughters marry outside the community. Malachira Bose Chittiappa, BCS president, stated that they are already seeing a drop in the community’s population and the decision was taken to prevent the numbers from falling further.

According to the Pattole Palome, the governing document of the tribe containing their customs and traditions, the elders opposed the marriage of Kodavas outside their own community and had advised couples to follow the Kodava customs and other socio-religious practices faithfully. 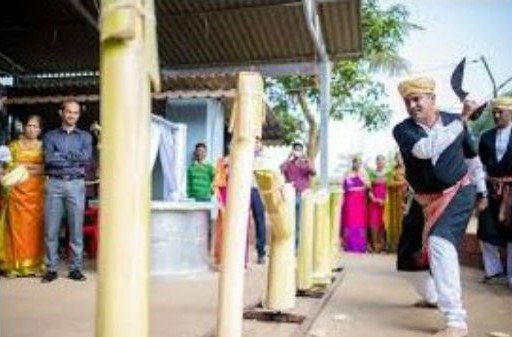 A shot of a wedding being carried out under Kodava customs. Credits: Coovercolly Indresh

Prof PL Dharma, a professor in the Political Science department of Mangaluru University, stated that the Kodavas have reached a critical demographic level. “Though there are 5.5. lakh people in Kodagu district, the Kodava population has stagnated at around 80,000,” he added.

He explained that most Kodavas have adopted a one- or two-child policy, and elders in the community feel that their race will someday reach a critical stage.

While the community leaders are hellbent on implementing this rule, in 2018, former chief justice Dipak Misra, when speaking about inter-caste marriages, had said, “If people decide to marry, they are adults and you are nobody to interfere."

A member of the community, Bottandada Ganapathy, 27, who is looking for a bride, stated that though every person has the right to choose their life partner, now inter-caste marriages by Kodava women have increased alarmingly, causing a mismatch in the caste's male-female ratio. The practice of inter-caste marriages would dent the culture and heritage of Kodavas, he commented.

CNC president NU Nachappa claimed that the male-to-female ratio among the Kodavas has reached an alarming level. He explained that according to their internal surveys, they have found out that there are only 800 women for every 1,000 men in the tribe.

He also claimed that the ethnographic survey initiated under the Karnataka State Tribal Research Institute was stopped midway for political reasons.

A former professor of Political Science Prof. Biddanda Chengappa, who also belongs to the Kodava tribe, stated that Kodavas need to tighten their grips on their social and geographical identity.

Bachariyanda Appanna, a Kodava historian, stated that the community leaders have allowed Kodava men to marry women from other castes. Chammatira Pravin Uthappa, president of the youth wing of Akhila Codava Samaja Union, stated that the youth from Kodagu district are migrating to Mangaluru, Mysuru and Bengaluru for education and employment, and are settling there. Even women are migrating and this has caused a shortage of brides for Kodava men who work in coffee plantations, he commented.

Kokkalemada Manju Chinnappa, president of United Codava Organisation, stated that though the Indian constitution has given the right to marry anyone they wish to, they shouldn’t defame the community, which has a rich tradition and culture.

“If any Kodava woman wishes to marry a man from other community, she can marry and we’ll not oppose it, as the law permits it, but the community wouldn’t allow them to perform the wedding according to our customs,” he commented. 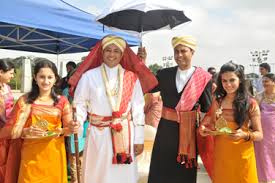 A shot of a wedding being carried out under Kodava customs. Credits: Coovercolly Indresh

In October, the Kodava community was enraged by the use of traditional Kodava attire in a gay wedding of a person belonging to the Kodava tribe.