Dhaba workers in Haryana still reeling under impact of lockdown

Sonipat, Haryana: “We can tell when someone has died from hunger and thirst. Their mouth remains open, eyes are blank and the stomach deflated,” stated Amit Kumar, owner of Jai Hind Dhaba in Murthal, Haryana, speaking about the migrant labourers who were found dead along the highway.

Murthal is known for its dhabas (a restaurant or eatery) and the lockdown presented several challenges for these businesses and their workers. In the first stage of lockdown, several dhabas in the region were forced to close their operations. Several employees, mostly migrants from other states, of the establishments along National Highway 1 state that the absence of customers during the lockdown has affected them heavily.

Sumit Kumar, a trade union activist who works with the Migrant Workers Solidarity Network, stated that the pandemic affected the migrant workers and put them in a very vulnerable situation.

In states like Uttar Pradesh and Haryana, where the labour laws are lax, migrants workers often end up getting exploited, he commented. While many people working as waiters, busboys and cleaners in the dhabas in the area were forced to go home when the lockdown was announced, they had to come back as they couldn’t stay at home without pay.

Birender, who only wanted to reveal his first name, works as a waiter in Pahalwan Dhaba. Hailing from Alipore district of West Bengal, Birender went home in May, but came back soon after.

At first, he had decided to get a job in Delhi, but looking at the rising COVID-19 cases in the National Capital and the high cost of living, he returned to Murthal, he added.

Raju, who only revealed his first name, is from Arrah, Bihar. He works at the HR10 Dhaba by the highway. He stated that he hasn’t seen his family for over a year and though he misses his family, he can’t afford to give up his job.

As the numbers of COVID-19 cases continue to rise, he mentioned that he has heard rumours of a second lockdown being implemented. “It took the business almost eight months to stabilise after the first lockdown, a second lockdown will crush us all over again,” Raju commented.

Many people who had come to Murthal to earn a living couldn’t go home during the lockdown. They had to borrow money from family members or friends to make ends meet, while some had also taken loans from moneylenders.

Dharmendra Nath, who came from Jaipur, Rajasthan, to Murthal, found a job offering camel and horse rides in front of Golden Hut, a popular dhaba. When the first COVID-19 lockdown was announced, his savings started to run out. 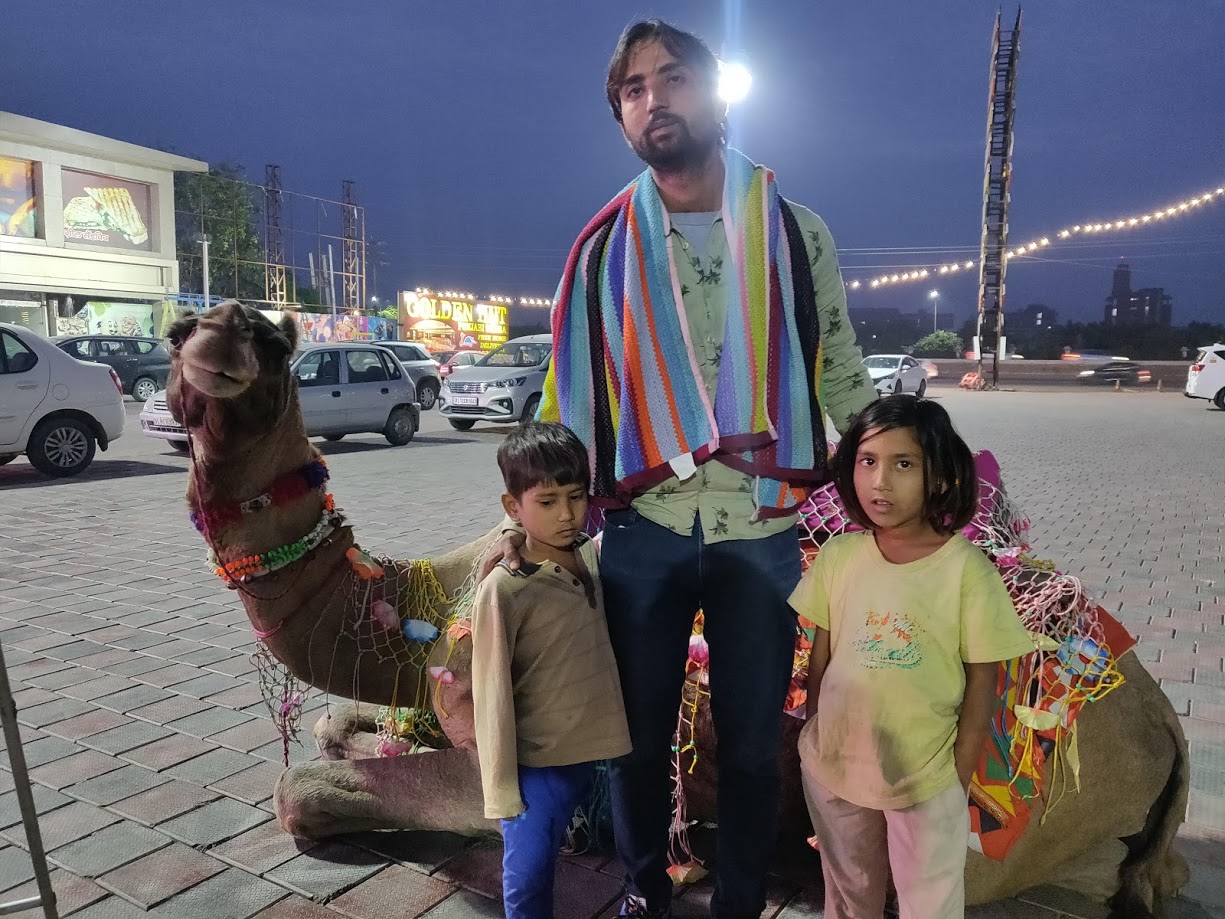 People stopped coming in March and he was in constant need of money to feed the camel and horse, but soon, he had to resort to taking small loans from his neighbours to sustain, he mentioned. However, by the end of March, he had exhausted all his savings and borrowed Rs 30,000 from a local moneylender, he added.

Within eight months, the principal amount rose to Rs 70,000 and when Nath said that he wouldn’t be able to pay the money back, the moneylender threatened him and his family members, he claimed. “He (the moneylender) would threaten me saying if I don’t pay, he’ll kidnap my wife and rape her,” he alleged. His mother had to pawn off her silver bangles for Rs 10,000 to help him pay off the loan, he added.

He has three children aged eight, five and two. He had to take them out of school as he couldn’t afford their school fees, he mentioned.

Ram Kumar Mandal, who came from Supaul district in Bihar, stated that he used to work in agricultural fields owned by his relatives, but moved to Haryana hearing about high payments and abundance of work.

He started operating a small snack joint in front of Zayka Punjab Dhaba in March, but stated, “The only people on the streets were the starving migrants walking back home.” 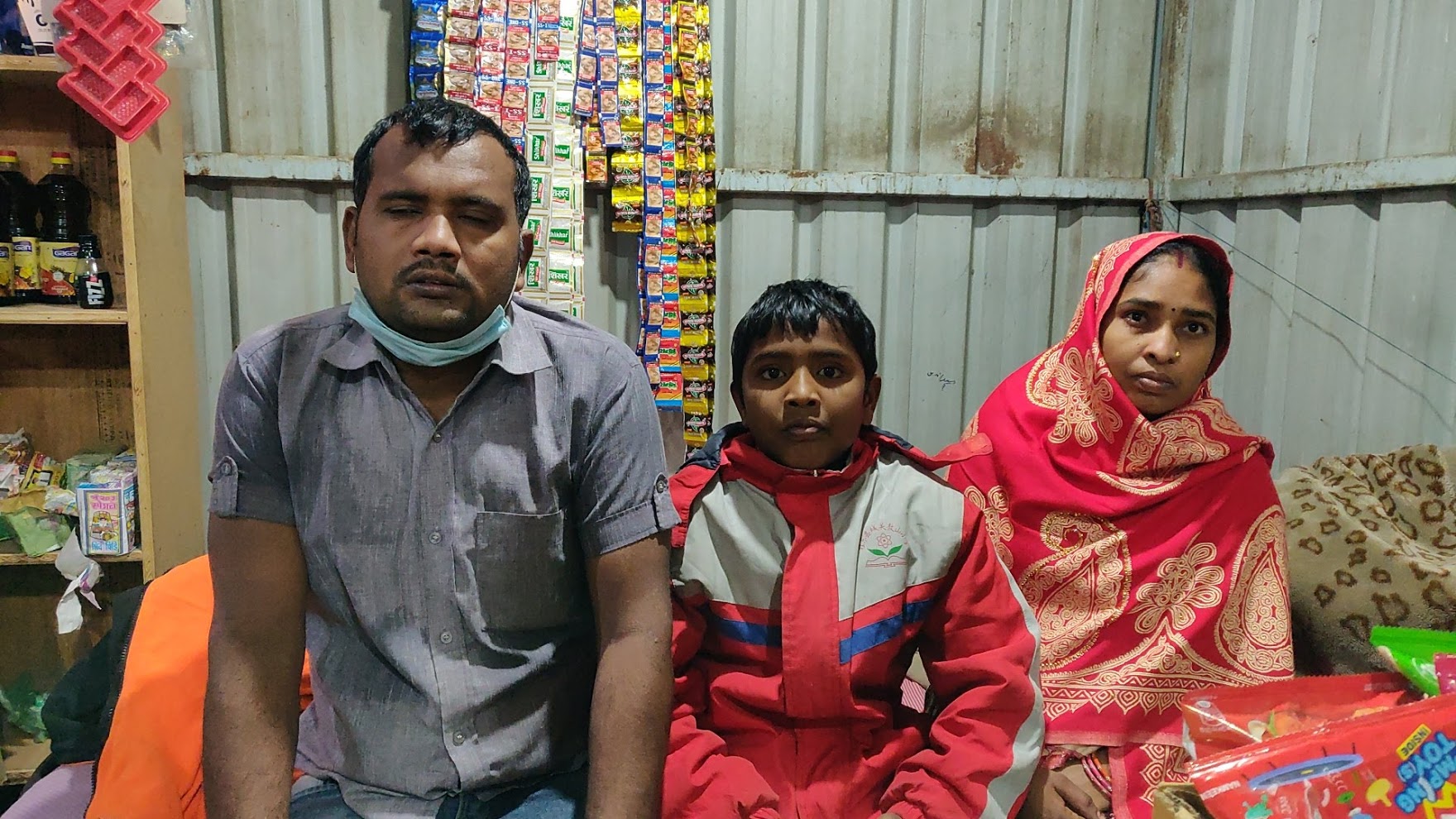 Three months ago, his wife Sarita Devi and young sons aged 12 and 8 moved to Murthal to be with him. The family now works together to pay the rent of their store and their shared room which comes to Rs 20,000 a month. They didn’t go back home to visit their family for Diwali. “We need every single rupee, that we earn, to survive, travel is unsafe and expensive in these times too,” stated Sarita.

Surya Prakash, a lawyer of the All India Central Council of Trade Unions, told 101Reporters that the migrant worker issue isn’t being brought up by major media outlets anymore.

"The pandemic has caused exploitative bodies to turn more exploitative, what can workers do in this situation," he argued.