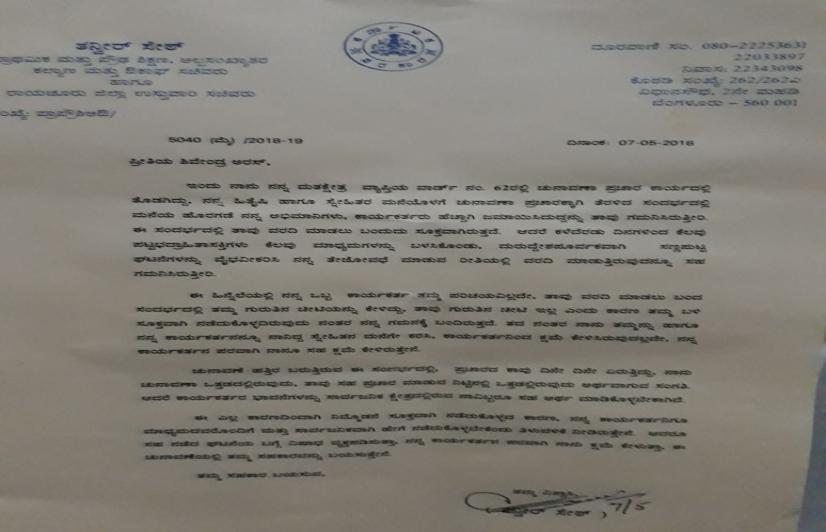 In a brazen attempt by political henchmen to muzzle and prevent journalists doing their job, Shivendra Urs,  a journalist of The Times of India in Mysuru, was manhandled on Monday morning by a group of 10 people said to be supporters of Minister for Primary and Secondary Education Tanveer Sait. He was reporting on Sait’s election campaign.

After being illegally confined at a stranger’s house for more than 20 minutes, Urs filed a complaint at Nazarabad Police Station against Shivalingappa, Tanvir Sait and 10 others. The police have registered a first information report (FIR) against the accused and are investigating.

Meanwhile, Tanvir Sait, who is seeking re-election from Narasimharaja constituency in Mysuru, makes it clear that he was not responsible for whatever happened in his absence. “I was not in the picture when the alleged attempt to manhandle the journalist took place. I do not support the accused persons in this case and want to make it clear that I have nothing to do with this. I was seeking a senior citizen’s blessings when the alleged incident took place,’’ said Sait.

However, the Sait blamed the journalist for blowing the incident out of proportion. “There was some commotion outside the house, so I asked my supporters what is going on. I asked them to bring the journalist inside the house. I offered him a chair and enquired about his assignment. I also enquired about the news item in support of Social Democratic Party of India (SDPI). I have asked him why he could not contact me before writing the story based on SDPI’s allegations against me. Finally, I advised him not to make it a big issue,’’ said the Congress candidate.

Urs has also sent a complaint to Chief Electoral Officer Sanjiv Kumar seeking action against Sait for illegally confining him at a stranger’s house. Journalists in Mysuru have also decided to stage a protest demanding action against the accused persons.

Defending his supporters, Sait said some miscreants have been trying to malign his image by creating trouble during the election campaign. “I have to blame police department for not deputing a sufficient number of policemen during the election campaign. The SDPI activists are determined to malign my image in the constituency. They are attacking my supporters. So, my supporters probably mistook the journalist for one of them when he refused to produce his identity card,’’ he claims.

When reminded him about the FIR registered against him and his supporters, he said that was aware of the complaint against him. “It is subject to investigation,’’ he said.

Meanwhile, Urs had confirmed Sait’s apology. “The incident took place in the morning. I filed the complaint with the police at 7 pm. Tanveer Sait apologized to me at 9.30 pm. I am yet to make up my mind on withdrawing my complaint,’’ Urs said.