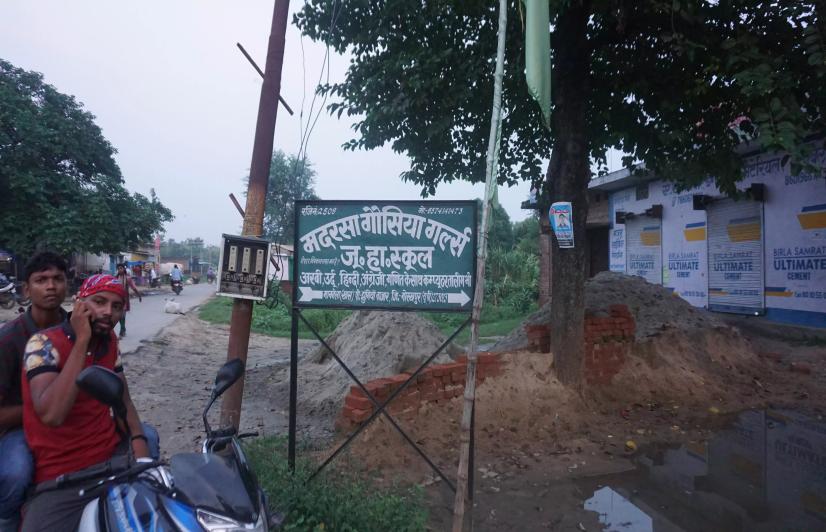 Gorakhpur: The tale of two villages near Baba Raghav Das (BRD) Medical College in Gorakhpur paints contrasting pictures about the potency of Encephalitis, which has claimed lives of thousands of children in the region over the past few years.

While BRD Medical College is in the middle of a controversy over the death of dozens of children within a few days, Japanese Encephalitis and Acute Encephalitis Syndrome (AES) have killed about 25,000 children in eastern Uttar Pradesh since 1978. According to independent figures, the death toll is twice as much.

In Manbela village, which is only two kilometres away from the medical college, people will tell you that every house has seen an Encephalitis-related death. According to official figures available with Firstpost, more than 12 children from the village have succumbed to the disease since 2011.

In the same period, Holiya village, 23 kilometres away from BRD Medical College, saw three children dying of Encephalitis. In fact, village head Vijay Yadav told Firstpost that not a single child in the village died in 2011, 2012 and 2013.

A visit to both the villages explained the stark difference between them better than the death toll could. While a lack of hygiene and prevalence of puddles in Manbela made it apparent why the mosquito-borne disease was so prevalent there, Holiya seemed to be in a different world altogether, thanks to conscious efforts by its people to maintain hygiene.

Holiya is in Kushinagar district, near its border with Gorakhpur. Fogging to prevent mosquito breeding and vaccination take place regularly in the village. People realise the importance of drinking clean water and the perils of open defecation. No pig farms are allowed in the village limits.

While people in Manbela respond after Encephalitis strikes, the villagers in Holiya follow the wisdom of prevention being better than cure.

Dr RN Singh, who runs a private clinic in Gorakhpur, had adopted Holiya in 2010 with an objective of containing the disease. He started with creating awareness among the villagers about preventive measures. The same year, Yadav said Dr Singh started getting toilets built in the village using his personal savings. Back then, the doctor tried to provide one toilet for every 10 households. Now, about 60% houses have a toilet. Yadav said Dr Singh also educated them about the importance of drinking clean water and got a hand pump installed in the village.

Simple but effective
The efficacy of these measures was evident as not a single child from the village fell prey to Encephalitis for three years in a row, from 2011 to 2013. The number of school-going children in the village of 8,000+ is about 2,000, according to Yadav.

"I did not do any wonder or miracle, but I created awareness," Dr Singh told Firstpost.

He highlighted that mosquitoes are responsible for Encephalitis and cleanliness is the only way to control this disease. He said Holiya is a case in point that cleanliness can indeed check the dreaded disease.

In his clinic in Gorakhpur, called Shankar Clinic, Dr Singh attends to Encephalitis cases. He has been working for four decades and is the chief campaigner of National Encephalitis Eradication Programme. He said the unrelenting nature of the disease in the region, killing hundreds of children every year, left him perturbed, which is why he set about tackling the disease with awareness and the support of some well-wishers.

Manbela's mess
No sooner than this correspondent reached Manbela, he saw faeces of humans and animals by the roadside and puddles of water all around, ideal breeding space for mosquitoes. Lack of hygiene stuck out like a sore thumb.

Ram Ujagi, 53, an unemployed man and a father who lost his three-year-old son to AES in 2013, said he wants to leave this village as nobody is coming forward to help them despite many children succumbing to the deadly disease.

"Children have been dying in Manbela and will keep dying," he said, adding that a poor person's life meant nothing to the government.

He said neither fogging nor any cleanliness drive has taken place in their village for years. A fellow villager, Irfan Khan, 32, said Encephalitis has been a problem in the region for 37 years.

"A mother gets prepared for the death of her child when fever strikes," he said.

Khan opined that if the cleanliness drive of Holiya was replicated in their village, their situation must have been better.

Councillor of Manbela ward Mohammad Quddusi, when contacted over phone, asked this correspondent to talk to the district magistrate regarding the issue. Reportedly, Quddusi has not been in the village since the news of death of 30 children in BRD Medical College broke out on August 10.

Gorakhpur district magistrate Rajiv Rautela told Firstpost he has heard about how Holiya village has tackled Encephalitis and he is in touch with the people concerned to undertake a cleanliness drive and fogging in all the villages.

Former principal of BRD Medical College Dr YD Singh said the government should have adopted the Holiya model already as it is effective and costs a zilch. He said these are poor and illiterate people and need to know that cleanliness is the key to controlling it. He said the government had accepted the proposal long ago but was yet to act on it.

Model village deteriorating
While Holiya has set an example for other villages, thanks to the intervention of Dr Singh, the situation in the village has been deteriorating slowly. Former head of the village Virendra Singh said that while Dr Singh showed them how to prevent the disease, nobody from the government followed it up. He said while the village would be clean when the doctor started creating awareness, the situation today is different.

The incumbent village head, Yadav, seconded that. He said the government is all talk and no action and has left the villagers to suffer. He asked how much a pradhan could do.