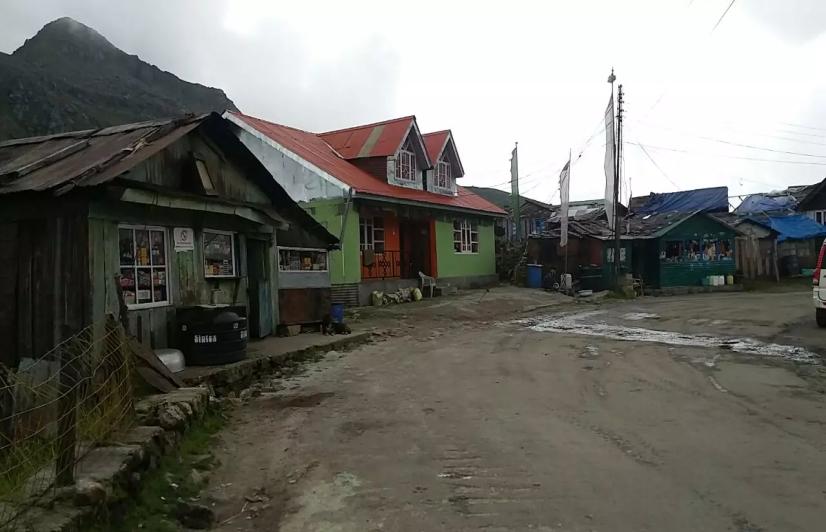 Travel planner Bimla Rai sports a smile. Bookings are once again being registered. People from far and near want to visit Nathu La and areas close to Doka La where the Indian Army and the Chinese PLA had a tense eyeball-to-eyeball standoff for 72 days.

The standoff ended on August 28.

Since then, tourists have started trickling into Gangtok en route to Nathu La and business for Bimla Rai is picking up. “We’re looking forward to compensate our losses. The standoff hurt our business, livelihood. That, and the agitation in Darjeeling over the separate statehood demand,” Rai told Firstpost.

Up in the mountains in Nathu La – 42 km from Gangtok where most of the Indian Army bases are located – life is returning to normal in villages such as Sherathang, Kupup and Gnathang, which are not far from Doka La.

People in Sherathang, Kupup and Gnathang – which are in the direct observation of the ‘Chinese eye’ – mainly earn their livelihood by ferrying food and other essential supplies to army bunkers on the higher terrain. The houses in Nathu La are basic structures with sloping tin roofs. Many of them have their backs to the mountains.

According to estimates, there are nearly 1200 bunkers in Nathu La on the border with China. Indian Army soldiers remain hunkered in these bunkers through the severe cold winter, which starts in earnest from November.

The place itself is very beautiful with lofty ‘young’ mountains, scenic beauty and fresh air in plenty. Many residents of Sherathang, Kupup and Gnathang had left their villages after the Doka La standoff started.

Some of the villagers also make a living by running restaurants and cafes which mostly serve local food.

A driver, who ferries locals to and from points within Nathu La every day, said life is returning to as normal as it can get under the circumstances, and people were back to “living” again.

He said tourists were driving into Nathu La from Gangtok and were climbing up to the villages.

But the Kailash Mansarovar Yatra (KMY) via Nathu La Pass on the Indo-China border in Sikkim remains cancelled. In any case, severe winter will soon set in and the mountains will be cut off for three to four months.

China had sealed the Nathu La Pass and the KMY route after the Indian Army stopped the Chinese PLA from constructing a road in Doka La which is in Bhutan but is also claimed by China. For India, the tri-junction is very crucial for her national security.

A soldier of the Jat Regiment, a contingent of which is stationed at Kupup, said there is relief now that the standoff between India and China is over. Soldiers of the regiment were right on the frontline during the more than two-month long standoff.

A Restaurant owner in Kupup village who did not wish to be quoted due to police presence said villagers who had “gone down” to Gangtok when the standoff started were back and the village was “humming”.

The “pass-permit log book” has been showing an increase in applications for passes over the last three to four days and the number of vehicles driving up to Tsomgo Lake, which is 10 km away from Nathu La, has also increased.

A tourist from Kolkata who visited the famous Baba Mandir near Kupup village said he had heard of the Doka La standoff “in the news” but that when he came here he saw that the situation is not like what the media portrayed.

“We’re having a good time,” he added with a smile.

The smiles are also visible in Sherathang, Kupup and Gnathang. People are happy and eager to give a last shot at making some money before severe winter sets in and tourists stop coming. Drivers and porters are among the happiest lot.

Nathu La borders Tibet and therefore it’s very important to keep it safe and secure. The Doka La standoff was tense with even the international community on tenterhooks for 72 days. Nobody wanted a war between two nuclear powers.

For two month now, India had pushed more troops to strengthen its position in Sikkim, what had been the longest such impasse between the two armies ever since they fought a war in 1962.

While the Indian government stood firm and kept mum for the most part.

At one point of the standoff, the Chinese PLA attempted to create a diversion in Ladakh at another point on the LAC which ended with soldiers of both armies lobbing stones at each other.

In the end peace prevailed and the Doka La standoff ended without a bullet fired from either side. Diplomacy won.

For the villagers of Sherathang, Kupup and Gnathang it was time to go back to their idyllic existence.

(Sujal Pradhan is a Gangtok based freelance writer and a member of 101Reporters.com, a pan-India network of grassroots reporters.)