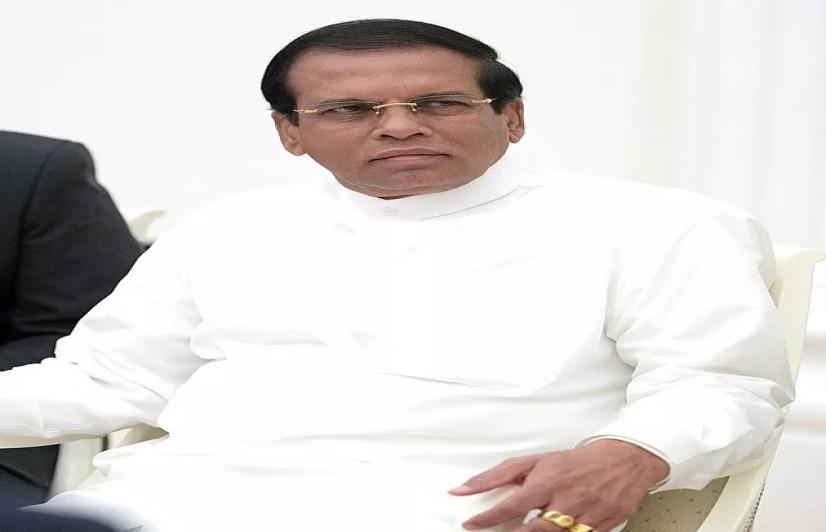 A month after Sri Lanka plunged into a ‘constitutional crisis’ - with the surprise sacking of a sitting Prime Minister by the President - the country now has no clear government, Prime Minister, nor does it show any sign of breaking the deadlock between the two parties.

Sri Lanka’s President Maithripala Sirisena’s decision to remove Ranil Wickremesinghe from his Prime Ministerial post and then appoint his arch enemy, former President Mahinda Rajapaksa on October 26 via gazette notifications, has created a constitutional crisis in the country. A third gazette by the President – dissolving the Parliament - was issued an interim injunction by the Supreme Court, effective till December 7. The parliament reconvened the very next day, following the Supreme Court’s decision, where the first no confidence motion against Rajapaksa was passed.

Executive vs the Legislature

The newly appointed prime minister and his government failed to produce a majority in the House, repeatedly. Last week two no confidence motions were passed, while another vote against Rajapaksa’s maiden speech as prime minister also passed with a majority. Last Friday, the House held an electronic vote as well, but opponents of Rajapaksa refused to vote him in.

Despite losing consecutive votes, neither Sirisena nor Rajapaksa have accepted defeat. This week, the house passed a motion to suspend the expenditures of the Prime Minister’s Office presented by the UNP with 123 votes as the Rajapaksa camp boycotted the sitting. Today, Parliament approved a motion barring all Cabinet Ministers, State Ministers, Deputy Ministers and their personal staff from using state funds.

With Sirisena’s refusal to accept the vote’s results, 122 MPs, who voted against Rajapaksa, filed a quo warranto petition in the Court of Appeals, questioning the legitimacy of this appointment. The Court Appeal heard the writ application today with the decision due on Monday.

The current crisis is unlike any other we have seen, says lawyer Thishya Weragoda, who represented a petitioner in cases filed against dissolution of parliament.

“Almost all previous issues have been single events. This issue at the moment is multifaceted. The removal of the PM, the purported appointment of a new PM, mala fide prorogation of Parliament so as to buy over MP's to artificially create a majority, purported dissolution of Parliament, all of these are complicating and deepening the constitutional crisis we are facing. There appears to be no end game in the mind of the President. He is digging deeper into the hole he has dug himself,” he says.

According to Weragoda, the decision to remove a sitting Prime Minister is unconstitutional, as it did not follow procedure.

“Sri Lanka was taken on a whirlwind trip just to please the whims and fancies of the President who was acting on some absolutely horrendous advice. The whole purpose of the 19A is to find comity and work towards the best interest of the country, despite political differences. Sadly, the President seem to have not understood his role,” he explained.

One hero to emerge from the crisis was Speaker Karu Jayasuriya, who even under tremendous pressure and personal risk, took it upon himself to conduct the business of Parliament as best as he could.

After Sirisena’s political move, amidst chaos and even physical attacks, Jayasuriya conducted sittings where Rajapaksa’s opponents managed to rush through two no confidence votes, one against the new Prime Minister’s speech and another to secure a majority in the Parliament’s Committee of Selection.

The Rajapaksa camp has repeatedly accused the speaker of bias and conducting office in an ‘‘undemocratic way”, and have threatened to pull out of parliament altogether.

“We walked out of the chamber on Friday, when the vote for the Parliamentary Selection Committee was taken, protesting against the conduct of the Speaker,” Rajapaksa loyalist, Anura Priyadharshana Yapa, who was appointed the State Minister of Finance by Sirisena on November 8, said.

The Rajapaksa camp will face challenges as they come, Yapa says.

After the Rajapaksa camp walked out, his opponents, through a vote, took control of the ‘Committee on Selection’ which is responsible for key decisions pertaining to the business of the House, and setting up other parliamentary committees.

Another member of the group, Dayasiri Jayasekara, who was appointed the State Minister of Media by Sirisena, said that they will wait for the court’s decision to decide a way forward. Their plan is to disengage from Parliament business, he says.

Rajapaksa though a popular leader in the South, evokes strong, negative feelings in the North and East.

Drawing from Rajapaksa’s conduct during and after the war, the Northern communities are apprehensive about the situation developing in the Colombo. Niyanthini Kadirgamar, a young activist working with war-affected communities in the North, raised concerns on how this may impact on-going reconciliation efforts.

“It was not just the last months of the war; the post-war years under Rajapaksa, too, were polarising. Racially instigated attacks on Muslims also led to a climate of fear for the minorities. The Tamils voted overwhelmingly to defeat the Rajapaksas in 2015. But they were disappointed when the promise of constitutional reforms stalled. And a path was paved for Rajapaksa to come back. This time with their own family party too - the SLPP,” she said. The community also worries about what may become of the Office of Missing Persons and the ongoing efforts to release their lands from the army.

But the Rajapaksa camp is cautious this time; Kehieliya Rambukwella, a strong Rajapaksa loyalist has spoken positively about releasing land held by the army, a move they strongly opposed when they were in the opposition a month ago.

Amidst the political crisis, Inspector General of Police, Pujitha Jayasundara, under the President’s instructions, ordered the transfer of detective Nishantha Silva, the chief investigator into attacks on journalists during the tenure of the Rajapaksa administration. This includes the abduction and assault of a national newspaper’s deputy editor, Keith Noyahr, assassination of Sunday Leader Editor Lasantha Wickrematunge, and assault on journalists like Namal Perera, Poddala Jayantha and Upali Thennakoon.

The transfer was seen as a bad omen, and under pressure from civil society, Jayasundara later reversed the decision.

The country’s economy has suffered a severe blow due to the ongoing crisis. As Sri Lanka braces itself to start repaying its debt - approximately $1 billion due in the first quarter of next year taken during the previous Rajapaksa administration - credit rating agency Moody’s downgraded the country’s foreign currency from a B1 to a B2, saying that the decision was “exacerbated most recently by a political crisis which seems likely to have a lasting impact on policy even if ostensibly resolved quickly.”.

The National Economic Council Secretary General, Professor Lalith Samarakooon, accepted that cost of borrowings will go up due to the ratings downgrade, making it difficult for Sri Lanka to find refinancing options. With over $4.5 billion to be repaid next year, including $1 billion due in the first quarter, Sri Lanka is looking at alternative sources of finance to be raised locally to service the debt, he explained.

With Rajapaksa working as Sirisena’s new Finance Minister as well, fears have been raised about derailing the fiscal consolidation that was initiated by the Wickremesinghe Government with undertakings given to International Monetary Fund.