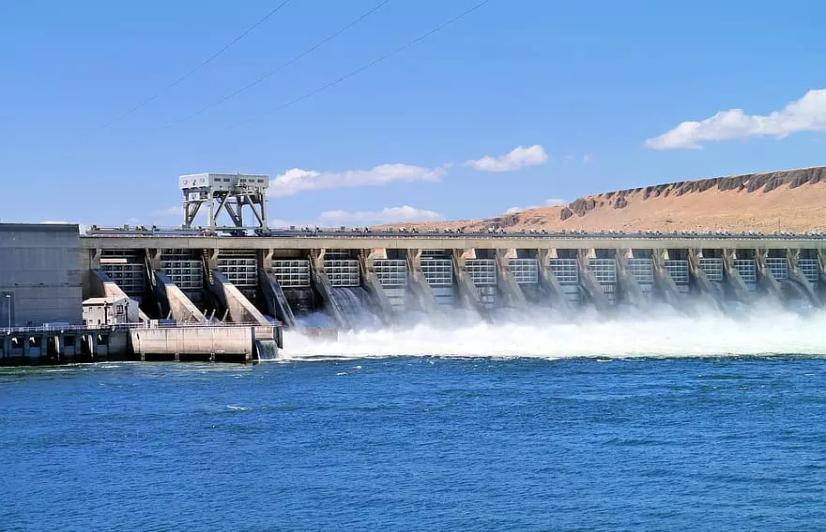 As a small landlocked country between India and China, Nepal has always maintained friendly relations with both the countries, inclining a little more towards India.

However, Beijing’s current attempt to jostle with New Delhi for its influence is now forcing policy-makers in Kathmandu to confront a difficult choice—whether to go with India or China, which is now heavily investing in the country to enhance the connectivity and infrastructure.

One of the worst casualties of this dilemma has been Nepal's mega infrastructure projects—including those related to hydropower like the reservoir-based 1,200 MW Budhi Gandaki Hydro Project in central-western Nepal.

The country’s major political players—Nepal Communist Party (NCP) and Nepali Congress (NC)—have contributed towards the casualty. Over the past few years, the two have governed Nepal alternatively and seek to appease one neighbour over the other. While NCP, the newly-formed leftist party, is widely seen as being close to Beijing, the main opposition party, NC, is considered to be a traditional ally of New Delhi.

It has been a trend in recent years for both India and China to nudge their "favourable" government in Nepal to revoke or reward contracts of any major development project of their interest, thereby turning the development of major hydropower projects into a victim of geopolitical calculation of the two big powers.

In June 2011, the-then Nepalese Prime Minister, Baburam Bhattarai, announced the Budhi Gandaki Hydropower presenting it as a national pride project. In May 2016, the subsequent government led by K P Sharma Oli decided to levy Rs 5 per liter tax on petrol and diesel to domestically raise the funds necessary for the development of this project.

Things were going smoothly until China showed its interest in building the project. In June 2017, the-then Nepal government led by Pushpa Kamal Dahal awarded the contract to China's state-owned China Gezhouba Group Corporation (CGGC). This not only courted controversy back home but also caused a flutter in India—which considers Nepal as its strategic backyard.

New Delhi nudged the subsequent government led by Nepali Congress and eventually, the Sher Bahadur Deuba-led cabinet decided to unilaterally withdraw the Memorandum of Understanding (MoU) reached with the Chinese company to build the Budhi Gandaki project in November 2017, citing that the $2.5 billion project was awarded without a competitive bidding process.

The latest controversy surrounding the Budhi Gandaki project began after the NCP government, led K P Sharma Oli, revoked the decision of Deuba government in September. This hardly comes as a surprise since overturning Deuba-led government’s decision was one of the major poll promises made by senior NCP leaders in 2017. A cabinet meeting on 21 September decided to give back the project to CGGC on EPCF (Engineering, Procurement, Construction, and Finance) model at the personal interest of PM Oli himself.

The decision immediately drew criticism from various quarters including from the Opposition. Though Energy Minister Barsha Man Pun asserted that the deal is a purely commercial one, the geopolitical implications and the inflated cost of the project that may leave the country in debt trap have raised many eyebrows.

Former finance minister and senior NC leader Dr Ram Sharan Mahat criticised the government for awarding the multi-billion dollar project to the CGGC in a non-transparent manner without exploring better options. "This is going to push the project cost leading to heavy national debt burden," he claimed.

NC spokesperson Bishwa Prakash Sharma said the NC-led government had decided to withdraw the project from China after concluding that Nepal could build it by itself. "The NC decision to award the contract to Gezhouba Group is non-transparent, surprising and objectionable," he said.

Sharma also criticised the current government for flouting established procedures to award such contracts. He also argued that the decision of the Oli-led government to award the contract to a Chinese company without any competitive bidding process was an "anti-national" move.

Energy Minister Pun, however, said the decision to award the contract to CGGC was taken after the company wrote to the government that it was willing to develop the project. "We have a constraint of domestic resources. Except for the Upper Tamakoshi, no one is working in the project that has more than 100MW capacity. So we trust the company, that has both technical and investment capacity, to carry out the mega-project," he said.

Government officials said the project cost may go up to $2.6 billion as the government prepares to hold a fresh round of negotiations with the state-owned Chinese company for its development. Nepal government plans to develop the project as a part of China's ambitious One Belt One Road (OBOR) initiative—which has been vehemently opposed and boycotted by India.

Significance of Budhi Gandaki Project to China and India

China's interest toward Budhi Gandaki project appears as a way to make further inroads in Nepal through its overarching OBOR project. This is an additional cause of worry for India since it is also concerned about the water that feeds Gandak Canal, which is used to irrigate over 18,000 lakh hectares of land in Bihar and Uttar Pradesh. Hence, the concerns over possible floods, regulated water and other strategic manipulation are high in New Delhi.

Budhi Gandhaki is not the only project wrapped in controversies. Other delayed major projects include the West Seti Hydropower Project and Kulekhani 3 Hydropower Project. Even though the 750 MW power generation West Seti project was awarded in 2012, there was no progress until 2016. Even today, there is no major development on the ground. Kulekhani, which was awarded in 2008 to Chinese companies Zhejiang Jiahi and Sino Hydro, should have been completed in 2012 but it is yet to be operational while the cost has overrun by more than 50%.

Various other mega-projects such as Kathmandu-Nijgadh Fast Track and Nijgadh International Airport which are being developed by Nepal itself have also not seen a smooth ride.

In order to expedite such projects without much problems, former PM Pushpa Kamal Dahal floated a proposal of trilateral cooperation among India, Nepal and China in 2008. Though the proposal offered both the countries to manage their “security dilemmas” while developing major infrastructure projects, it was not welcomed by India.

Ex-foreign minister Ramesh Nath Pandey insisted that Nepal’s policy-makers should be attentive towards the political, economic and strategic interests of India and China. “Our policy makers should be able to make sure that the interests of these two neighbours do not clash if we want to smoothly implement mega projects. Else, our ambition to develop mega-projects could be limited to a painful exercise.”

Foreign affairs expert Gopal Khanal said the tendency of India and China to see each other as rivals in South Asia is likely to hamper development endeavours of small countries like Nepal in the region. "Although there are some grounds to be hopeful after the Wuhan Summit between Indian PM and Chinese President, we are yet to see how the relations between India and China evolve in coming days," he said.

Meanwhile, locals, who expected a boost in tourism and urbanisation after the development of project, are disappointed with the inordinate delay. Those who will be affected by the project are also questioning if leaving their ancestral village would be a smart option. "Due to lack of consistent government policy, there are serious doubts if this project will actually kick off. Although we are promised compensation for the land that will be inundated as a result of dam construction, we are still confused over what to do next," said Dilli Prasad Pandey, a local in Tripureshwor-8 in Dhading district in central Nepal.

Officials said the storage project would affect over 8,000 households in Gorkha and Dhading districts. While the project will submerge as many as 3,560 houses, it will partially affect 4,557 other houses.