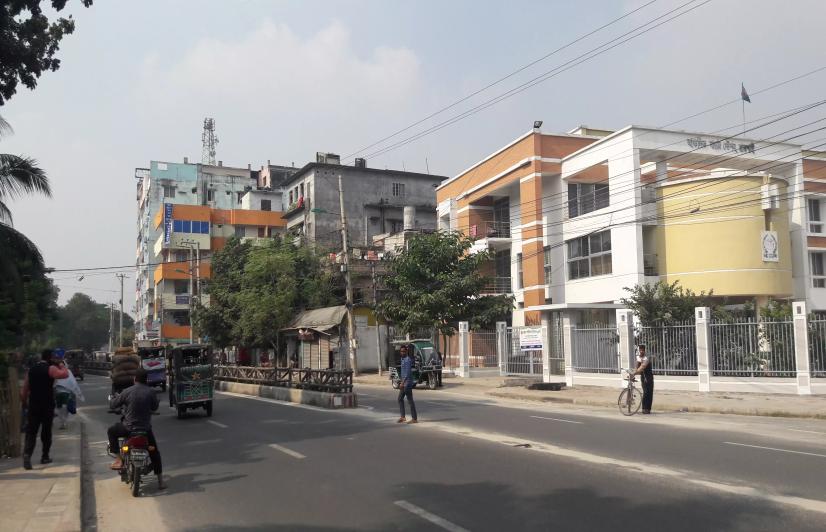 Bangladesh is hurtling towards another acrimonious and ugly parliamentary election after its Election Commission (EC) rejecting nominations of candidates with criminal background. This rejection is based on a recent order by the Bangladesh High Court, which ruled that a person jailed for more than two years cannot contest polls unless a minimum of five years has passed since the completion of the candidate’s sentence.

The November 27 ruling has come as a blow particularly to candidates of the Bangladesh Nationalist Party (BNP) who were involved in the 2014 violence that broke out in the country over that year’s parliamentary polls. The BNP has been crying foul, alleging mischief by the ruling dispensation.

The Awami League-led government, however, says the EC rejected certain nominations by “strictly observing legal provisions”. A statement put out on behalf of the government read: “These rejections have nothing to do with suppression …[those] rejected had been convicted of criminal charges...”

“Courts are independent, and the EC has to work within the law, which is just taking its course. In fact, countries like India have a provision for preventing convicted criminals from contesting polls,” reiterated Awami League leader Sufi Faruq.

The EC has rejected 786 of the 2,279 nominations received for the 300 seats (overall 350 seats with 50 reserved for women) in the Bangladesh parliament, Jatiya Sangsad. And nearly 250 of these 786 have appealed to the EC for reconsideration.

Data, however, suggests that the number of rejections is not unusual — while about 25% of the 3,065 nominations for the upcoming polls were rejected on grounds of convictions, defaulting on loans and non-payment of utility bills, the corresponding number for the 2008 parliamentary polls was 22% of 2,460 nominations.

BNP chairperson Khaleda Zia’s nominations for three constituencies — Bogra-6 & 7 and Feni-1 — were rejected, as she has been sentenced to 10 years in jail for embezzlement of funds meant for orphans in the 2008 Zia Orphanage case. “This proves that the government wants to deny our leaders a chance to contest. The Awami League knows it cannot win a fair election, so it is using the EC to avoid a contest,” alleged BNP joint secretary Ruhul Kabir Rizvi.

“She has been framed in such a way that she cannot fight elections. Can anything be more unfair?” He also alleged that the EC had not rejected the nomination of Awami League minister Syed Ashraful Islam despite his form not bearing his signature, as he is abroad for treatment.

Opposition leaders said they see an “evil design” behind the rejections. “The EC is trying to deny us a level playing field and doing everything possible to ensure that Awami League candidates win without a contest,” said BNP leader Ruhul Dulu.

However, some, like Gholam Maula Rony of BNP, are not complaining. “I am happy with the EC. It reviewed my case fairly, and I can now contest,” said Rony, who defected from the Awami League recently.

BNP organising secretary Ruhul Quddus Talukder Dulu, who has filed a petition for review after his nomination was rejected over his conviction in two cases, said the government was looking to conduct the upcoming election in a manner similar to the 2014 one. “Many nominations were rejected on flimsy grounds, like non-payment of credit card bills,” he alleged.

‘Rebels’ with a cause?

Of the large number of independents whose nominations were rejected, many are ‘rebel’ Awami League candidates. They had filed nominations after being denied party tickets. “These rebel candidates would have sliced into the Awami League vote bank. Hence, they have been rejected. Same is the case with pronounced secular candidates, who can split Awami League votes,” said political journalist Chandan Nandy, who is closely watching the Bangladesh elections.

He added that factionalism poses a major challenge to the Awami League in this election, which is why it is trying to silence these ‘rebels’. Prime Minister Sheikh Hasina, in a desperate effort to curb factionalism, even warned rebel candidates that they would be expelled for life.

Imran H Sarkar, convener of the Gana Jagaran Mancha that led the Shahbagh uprising to back the demand for capital punishment for Islamists convicted of 1971 war crimes, also found his nomination from Kurigram-4 constituency rejected. “Personalities like Sarkar can cut into Awami League votes because they are seen as authentic secularists, as opposed to Awami League nominees,” opined Nandy.

The Awami League, however, has denied any interference with the poll process. “The EC and Anti-Corruption Commission are autonomous bodies, our government does not interfere with them,” said Obaidul Quader, Awami League general secretary and Roads & Bridges minister.

Awami League leader Ajoy Sarkar said, “The corruption cases against Khaleda were started by the Anti-Corruption Commission much before we came to power. She delayed proceedings by staying away from court, and it has taken more than 10 years to pronounce the verdict. That’s not our fault.”

The root of it all

The system of a caretaker government, which ruled for an interim period during elections, was abolished by the Awami League in 2011, and that led to the BNP and its allies boycotting the January 2014 parliamentary election. They demanded that polls be conducted by a neutral caretaker dispensation; when that didn’t happen, violence broke out.

In the run-up to the election and later, BNP and its ally, Jamaat-e-Islami, unleashed a series of bombings and attacks on public transport to bring down the Awami League government, killing nearly 100 civilians. The police filed thousands of cases against BNP and Jamaat activists and leaders. Now, many have been convicted, and quite a few for more than two years.

Another sweep on the anvil?

The Awami League, which had swept the December 2008 parliament polls, routing the BNP, returned to power without losing any sleep. More than half of its candidates — 153, to be precise — were elected without a contest. Also, a lawsuit seeking to declare elections for these 153 seats as unlawful was dismissed by court. “Never in our history have unelected governments ruled for five years. Democracy has to be restored,” said Kamal Hossain, former Awami League leader who is now the face of Oikyo Jote, the united Opposition front.

But the Awami League is confident that the Opposition’s rant over “absence of democracy” will cut no ice with the 103-million-plus electorate. “Under Hasina’s leadership, we have scripted the most phenomenal socio-economic story. If elected, we can take our GDP growth to 10% per annum. Foreign investments will flow into the 100-odd special economic zones, many commissioned and others coming up. The people are smart; they know what is good for them,” said Industries Minister Amir Hossain Amu.