Tired by govt apathy, these tribals in MP village built their own rivulet 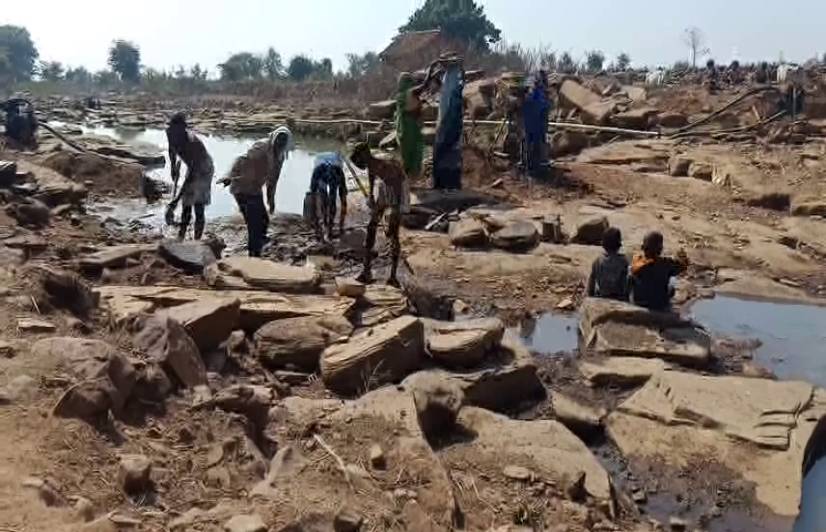 Damoh, Madhya Pradesh: Vexed by the apathy from the administration, residents of a tribal-dominated village in Damoh district, Madhya Pradesh, dug through rocks to create a steady supply of water.

Surrounded by rocks and hilly topography, the Karkoi Talgaon village in Hata tehsil has always been affected by water scarcity. Madhya Pradesh is one of the most drought-prone regions in the country and the lowering water table worried many residents of the village.

The villagers claim that they have approached the local panchayat and even the district administration to address their woes but didn't receive any help. About six years ago, the villagers took it upon themselves to create a small rivulet to address their drinking water and irrigation needs.

The residents of Karkoi village of Hata block took a pledge to prepare water source by digging a drain in the forest to deal with the water scarcity prevailing in their village, and after years of relentless work, after years of tireless work, they found the milky stream among the stones And in a short time, I have prepared a good drain.

The adventurous work done by the tribal has definitely brought positive message all over the region, here the drain prepared by the people to tackle the water and the hard work of the people, other people must also try to conserve water in their villages in this way because the ground water level is going down very much in the tribal areas.

There is always water problem, in summer, this problem becomes huge, people have to go to another village for drinking water, tribal families of Karkkoi village have forested I have created a special identity in the area by preparing a drain, and people are now expected from the administration that after the efforts made by them, Dame and surrounding gabion can be built on the drain, then the area will become more powerful towards water conservation.

Nishant Kumar, a school teacher and resident of the village, stated that they were getting increasingly worried and were tired of pleading to the panchayat and even the district officials.

Then, they decided to dig through rocks and stones and now they have a 50-feet long stream, which is about six feet deep, he added.

Ralli Adivasi, a resident of the village, stated that about 25 families of the village came together and started digging the rocky soil. Afterwards, they created a small rivulet for the water to flow and so that it can be used by villagers, she added.

Another resident Jageshwar Adivasi mentioned that when it started, about 10 people were present. Later, even the women residents contributed to the construction of the small rivulet, which now supplies water to every home in the village, he added.

Speaking to 101Reporters, Tarun Rathi, district collector (Damoh), stated that they have taken cognisance of the difficulties faced by the villagers and has promised that a pond will be built under the MGNREGA scheme to address the water woes.