Kannada TV channel helped raze homes of 700 poor families, then gloated about it 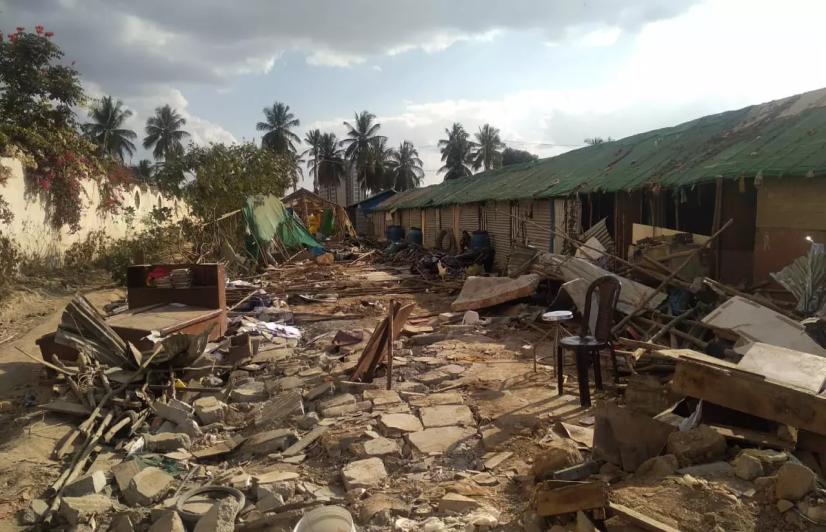 "On the outskirts of Bengaluru, there is a mini-Bangladesh. Bengaluru is sitting on a Bangladeshi time bomb," thundered the anchor of a Kannada news channel as an ominous background music added to the theatrics. Thus began Suvarna TV's broadcast of its 'sting operation' about the presence of undocumented Bangladeshi immigrants in Bengaluru.

On January 15, the channel, owned by BJP's Rajya Sabha member Rajeev Chandrasekhar, broadcast a programme based on secretly filmed interviews of multiple residents of Kariyammana Agrahara and Devarabeesanahalli, both falling under Mahadevapura assembly constituency, in the city where the poor live in tin sheds. The interviewees shared how agents help them sneak into India in collusion with the Border Security Force, how the local police collect Rs 500-1,000 every week from them and that every person in that area was a Bangladeshi.

As the anchor introduced one of the persons they had filmed, a wiry 16-year-old, he proclaimed the teen was willing to do any illegal work for money. "Bangladeshi people can commit any crime here and very easily escape back to their country. And it has happened in the past. There is a Bangladeshi ecosystem created in the city," the anchor said in a tone typical of sensationalist media.

An opening visual package of the channel's "Mega Exclusive" and "explosive" sting operation shows a bolt of lightning setting the screen on fire. Graphics of explosions and inferno play behind the anchor as he launches into a tirade about the threat arising out of the presence of undocumented Bangladeshis in the city.

Two days days after the programme was broadcast, an Assistant Executive Engineer of the city corporation, Bruhat Bengaluru Mahanagara Palike (BBMP), showed up at the same area where the sting operation was carried out with a JCB and police and demolished over 700 tin sheds citing the presence of Bangladeshis.

The act invited ire of the civil society and soon the word started spreading that many, if not most, of the residents of those sheds are Indian nationals from Assam, West Bengal and even north Karnataka. As the JCB turned their dwelling into debris, they stood with their Aadhaar card, voter ID and other documents, failing to convince the authorities about their nationality.

It turned out the demolition drive was not authorised. The BBMP commissioner termed it illegal and said the AEE had no authority to go about it. He was suspended and the Karnataka High Court ordered a stay on further demolition.

Nonetheless, Suvarna TV began putting out self-congratulatory programmes. Its broadcast of the demolition began with a video of the debris with a seal of "Suvarna News Impact" on it. The anchor asked the reporter, “What is the impact of our sting operation?” The reporter went on to say: “As you can see, there are thousands of sheds being demolished in different areas of Bengaluru. This is the Suvarna News big impact. Earlier, the BBMP officials in this area were in the support of Bangladeshi people living in these areas. We did the sting on Monday and Tuesday, and on Wednesday it got published. And today [on Saturday], you can see the Bangladeshi people leaving.”

Pointing to the demolished sheds, the reporter said when they had come here for the sting, most of the residents were Bangladeshis. In the channel’s broadcast of the sting, the reporter is seen claiming that there were 3,000 sheds and every shed was housing two-three Bangladeshi immigrants.

"I do not know on what basis they are congratulating themselves especially when BBMP commissioner and the court are saying that the law was not followed," said KS Dakshina Murthy, Editor of The Federal, which published a series of ground reports on the plight of Bangladeshi immigrants in the city a month ago.

Sting operations should be carried out against the people who misuse their power, and not against vulnerable sections of the society who already are finding it difficult to make a living, he commented.

When contacted by Newslaundry, members of the team, which conducted the string from Suvarna TV, refused to comment.