How an aggrieved villager became a Naxal 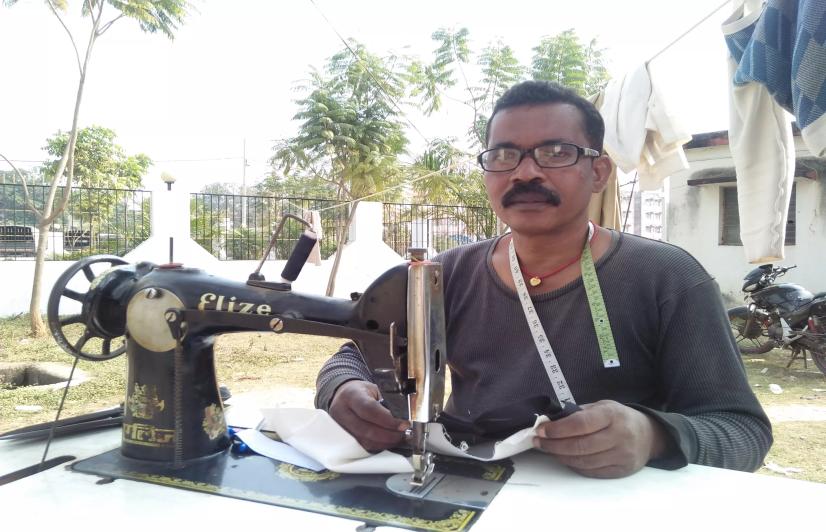 Pundidiri, Ranchi: Ram Pado Lohra, a rebel who was leading a peaceful life with his family back in the Pundidiri village, Tamar district Ranchi. Neither he nor his family ever thought that there life will take a drastic change and the family who was just concerned about how to earn their bread will be living a life of runaways.

The story of Ram Pado is quite interesting in terms of seeing two different shades of life. One in which he just wanted to see police uniform ‘Khakhi’ in blood stain and in second he is protecting the uniform by stitching it. Before you proceed reading the story you should know a bit of Maoism commonly known as Naxalism. The term Naxalites comes from Naxalbari, a small village in West Bengal, where a section of the Communist Party of India (Marxist) (CPI-M) led by Charu Majumdar, Kanu Sanyal, and Jangal Santhal initiated an uprising in 1967 against the exploitation of the landlords. The movement in no time became so big that it was said that a parallel government is been led from the jungles.

Ram Pado Lohra a farmer and a tailor were leading a quite peaceful life with a question always in his mind. The question was why we are so poor? One day he asked the same to his mother. The reply he got was not less than a shock to him, he was told by his mother that they were rich but a landlord of the same village Satya Narayan Munda took advantage of their problems and cheated all their land. This truth brought Ram Pado into fire; he made a goal of his life to bring back all his land from landlord by law. He stared stitching cloths, so that he could make some money for the fees of advocate. Sujit the area commander somehow came to know about the secret mission of Ram Pado. Sujit started giving Ram all the cloths of rebel for stitching, in return he was getting a handsome amount but he was not knowing that his name has been registered in the books of police as ‘Naxalite supporter’.

In the year 2005 a raid was conducted in Ram Pado’s village and the forces were desperately looking for Ram, till the time he could have understood anything someone of his village suggested him to run and hide in the jungle. This decision of Ram converted him from a common man to a rebel. He joined Maoist squad led by Sujit. Ram Pado took training and started his new life full of life threats; he got so busy that he even forgot that he has a family, a wife and 3 children.

He only realized that the path he has taken was wrong when Sujeet's team got promoted the second in-command Kundan Pahan became the leader of the party. Blood thirst, desire for more sex and hunger of money made Kundan a dreaded one. He used to torture the villagers; he also started oppressing the members of the party. Ram and other members of the squad were planning to run away from the jungle and in between this planning a encounter took place in the jungles of Adki, Khunti district gave them a strong reason to leave the squad. But how?

Ram Pado Lohra and other members came to know about operation nayee disha a surrender policy plan of Jharkhand Police. Ips officer Saket Kumar Singh was senior Sp of Ranchi and Surendra Jha was rural Sp, through a telephonic conversation held between the officers and Ram pado, he got convinced and surrendered on 29th October 2013.

Surendra Jha, then rural Sp says, I still remember the day when I got a call from Ram Pado Lohra, he was being so desperate to surrender himself. We knew that operation under a policy will bring much more difference than operation with bullets.”

Ram Pado Lohra, after his surrender was send to jail. He was behind the bars for 3 long years after he got bail he was given the work of tailor. To his surprise he was given the work to stitch the cloths of policemen. He has been allotted a small place in Ranchi police line at Kanke road. He opens his shop early in the morning and throughout his day he is busy making “Khakhi” look more beautiful. He was into tears when asked about his life. He says he has lost his 12 years of his life, 8 years as a rebel in jungle and 3 years in jail, but never the late. He adds he has not only destroyed his life but the life’s of his children but now he will be living the dreams by making his grand children’s life big.

Ram Pado Lohras one decision not only changed his life from heaven to hell but the life of his entire family was ruined. His wife died while he was in jungle, his sons were living life of a nomad. After his name was registered in the local police station there were several raids made at his house,impoundment confiscation was done twice. These all troubled his sons so much that they relocated themselves to other places. With the promise of not publishing his picture his elder son Arjun Pahan says; I went to Punjab with my wife and two children for hunting job, my younger brother also went to Haryana, we were not in contact for years. I was working as daily wage labour. Once I got the news that my father Ram Pado has surrender I came back. Now we are living together at Ranchi. This life is good now, we are working hard to earn our bread without any fear. Police also helps us now.

“Ram Pado has a massage for youngsters too, who may get convinced and dragged into naxalism; he says the life in jungle is pathetic, away from your loved ones there is always risk of life. Especially for those who are below in hierarchy”