How an advocacy group is pushing back on Kannada media’s misreporting, bigotry 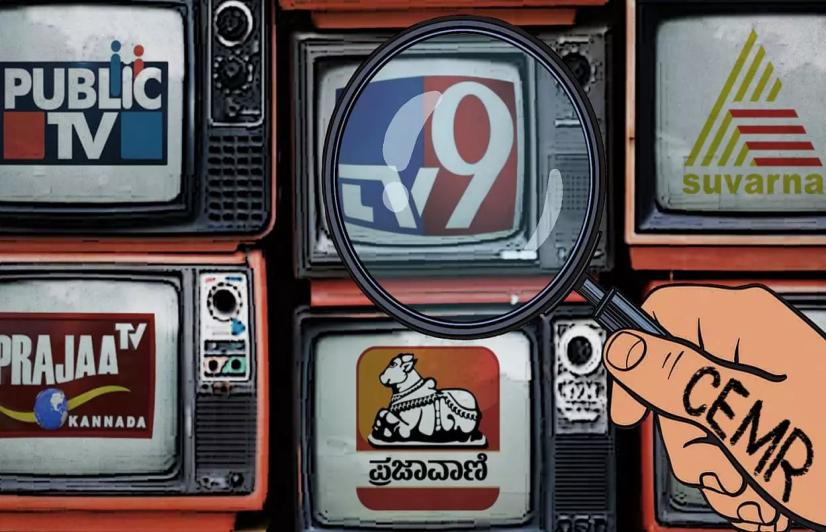 On March 16, a complaint was filed against HR Ranganath, the chairman of the group that owns Public TV (a Kannada news channel), for their reporting against Amulya Leona, known for shouting “Pakistan Zindabad” at an event in Bengaluru.

The Campaign for Ethical Media Reporting (CEMR) filed a complaint with the District Level Monitoring Committee for Private Television Channels, Karnataka State Commission for Women and the Karnataka State Human Rights Commission (KSHRC) for making statements in violation of the Programme Code in Rule 6 of the Cable Television Network Rules, 1994. i

The CEMR was started in 2017-18 is a group of concerned activists, parents, lawyers, academicians who believe that the media has become a market commodity, selling itself for the highest TRP ratings without any kind of consideration of its impact on the country, on the marginalised, on the vulnerable, on women or on children and Media often plays the role of feeding caste, gender, ethnic and religious stereotypes which affect how we as citizens view our fellow citizens. The group is working towards making media more accountable to journalistic standards, ethics and principles.

Siddharth KJ, a Bengaluru-based independent researcher and one of the founders of CEMR, told Newslaundry that the group was started when a girl who was murdered and the media misreported the whole incident by saying that the girl was having an affair and the affair was the reason for her to be killed and that was their first complaint. Apart from this issue, CEMR also filed complaint against the TV and newspaper editors when the transgender person issue is unethically presented by the media and when a girl was sexually assaulted and media showed that she was raped due to which the family suffered, in that case the TV channel which did that had to broadcast an apology on the running show, he added.

The KSHRC didn’t register complaint citing the lack of authority on private TV channels. The District Level Monitoring Committee for Private Television Channels registered a complaint. Sreeja, who only goes by her first name, co-ordinator of the monitoring committee, informed that it would be looked after in the next three months, whenever the committee convenes.

A statement by the CEMR stated that a person accused of an offence continues to be innocent until proven guilty and the statements made by Ranganath are deeply offensive and gives an open call for violence against Amulya.

Not only does it put the said person’s life in jeopardy it also causes serious issues of law and order and in a society where women, especially from minority communities are exposed to extreme hate and even physical danger, this form of public violence and abuse by media is extremely concerning, added the statement.

Siddharth KJ, told Newslaundry that the Public TV coverage was made with an evident and clear intention to commission Amulya’s murder.

The statement created an atmosphere of lawlessness and fear for Amulya and her family, and amounts to a statement conducing to public mischief, and also criminal intimidation, he mentioned. No lawyer was ready to take Amulya’s case because of the coverage and even the crowd heckled her father because of this, he added.

On February 20, Amulya was detained by Bangalore Police for shouting “Pakistan Zindabad” thrice on the stage at an All India Majlis-e-Ittehad-ul-Muslimeen and the Hindu Muslim Sikh Isaai Federation event.

The incident did not go well with many TV news anchors, but Ranganath made several offensive statements. In his TV show ‘Big Bulletin with HR Ranganath’ that aired on February 20, he said, “She (Amulya) should have been punched in the face, and her teeth knocked out, right there on the dais. Letting her on was the mistake. It would have been fine if her teeth had been knocked out. She could have then been chopped up and thrown away.”

He did not even stop there. With his co-anchor who indulged him, he went on to say, “Oh, if you bash her head, you won’t find cow dung there. If she comes out, she should be lynched with cow-dung, wherever she can be seen. If we hit her, will they file cases? Let them file the cases, let us see.”

While lamenting over the state of Indian democracy, he declared that a copy of the Indian Constitution had been defiled because Amulya had touched it. He called for stricter laws against people like her.

“If three people like her are chopped up and thrown away, the rest will fall into line. That is why, sometimes, I think it’s better to dispense mob justice, though it is wrong. Whether it is being incited or not, the legs of those who get caught should cut off and thrown away. Their faces should be bashed in, what kind of people are these,” he stated aggressively.

The code of ethics and broadcasting standards mandates the media houses to operate as trustees of the public and seek the truth and report it fairly with integrity and accountability.

The code further bounds the broadcasters to follow the principles of impartiality, objectivity, neutrality and report on crime without glorifying the crime or violence and they must not intrude into private lives or personal affairs unless there is an identifiable public interest for such broadcast.

Kamayani Bali Mahabal, a lawyer, stated that Ranganath invited violence against  Amulya by saying she should have been punched in the face, chopped up and thrown away and lynched, all this clear inciting violence against her. There should be a public apology by the channel which should be scrolled for two months and suspension of the broadcast of Public TV for a minimum of two months, she added.

Dr Sylvia Karpagam, a public health doctor, researcher and one of the members of CEMR, stated that the Public TV coverage about Amulya have been vicious, sexist and anti-minority and the anchor Ranganath has instigated hate and violence.

It was not objective reporting but just a continuous call to violence and we as citizens irrespective of religion, gender, caste class have to condemn such media channels and anchors. they put people and communities at risk of violence, she added.

Cynthia Stephen, an independent journalist, believes that by doing whatever Ranganath did, he tried to be a part of a particular gallery to secure his financial status by pleasing people who have money and he is not only the one who is doing this, and TV9, Republic TV and Times Now do the same but that is a short-run thing as they have no credibility at the same time.

The independence of media is being taken away by the ownership of the media houses, but they are unaware that they are digging their graves by losing the trust and credibility, she added.

“The viewers also need to have a common understanding of consuming news,” she commented.