Does Period Taboo Play A Role In How Menstrual Leave Policy Is Implemented? 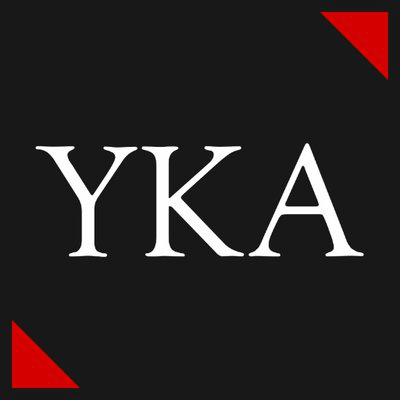 In 1947, when India got Independence, Japan passed a law the same year allowing leaves for women on their menstrual cycles. South Korea followed suit in 2001, and the initiative came under fire from men who saw it as reverse discrimination and Indonesia’s menstrual policy is reportedly not enforced effectively.

In India, the Bihar government has been offering two days of period leave to female employees since 1992. However, when the Menstruation Benefits Bill was tabled by a Member of Parliament (MP) from Arunachal Pradesh recently, it triggered a debate while receiving some support as well.

All around the world, despite the government’s having the best intentions, the menstrual leave policy has only set off fierce debates.

The Head of Human Resources (HR) at Public Relations & Advocacy Group (PRAG), a public relations and communications firm, Divyanshu Deep mentioned that during the course of a meeting, a female employee, who had been feeling ‘unwell’ for two days, told them about the cramps and pains she faces during her periods, and it prompted the HR to do something about it.

As per the HR norms of PRAG, a female employee can avail single one-day menstruation leave each month. This can be availed even without prior notice to the HR, and they just need to inform a female supervisor.

Talking about its impact and implementation, Deep highlighted that the work productivity has increased and that he has noticed a surge of self-motivation among the employees.

For its implementation to be effective, he added that it must be introduced alongside measures to increase the participation of women in the workforce and make the workplace more gender-sensitive. He mentioned that about 90% of the female employees take their leaves.

To address the issue that some women might be uncomfortable telling their male supervisor about their periods, the company has appointed a female Director (Communication) to whom all the female employees report about the leaves, and then she informs the HR department, he asserted.

In 2018, to push for a two-day menstrual leave, PRAG took an initiative with Ninong Ering, former MP from Arunachal East, to introduce the Menstruation Benefits Bill 2018 as a private member bill for two-days menstrual leave for working women. They also organised a roundtable discussion with journalists, experts and MPs.

“Unfair for women to use their sick leaves”

Some arguments about the policy revolve around the lines of ‘gender inequality,’ “women will take advantage” and “menstrual cycle is not a disease.”  There are others who agree that not all women have severe cramps during periods and this shouldn’t be the threshold for all women.

While Millie Mathew, the Documentation Coordinator from CORO India, a women’s rights NGO, agrees that discomfort and pain during periods vary for all women and they have specific needs, she asserted that there is no reason why this shouldn't be a paid leave as it is bodily requirement, and biologically women are different to men.

She added that certain needs, which may not necessarily be physical, must be taken into consideration as well.

Furthermore, Mathew reiterated the importance of having a menstrual policy in every organisation. “This should include providing women with the flexibility to take time off, with options like working from home. Several women experience excruciating pain during their periods and it is nearly impossible for them to function normally,” she asserted.

Myntra, a fashion e-commerce company, doesn’t have a menstrual policy in place, but their employees are allowed to take sick leave if they get period cramps.

Diana (name changed), a quality auditor at Myntra (Bengaluru), highlighted that since her manager is a lady, she isn’t hesitant to ask for leaves, but feels that a separate leave for women on periods “would really make sense.”

On the contrary, Gozoop, a digital marketing and event management company, introduced a menstrual policy on March 8, 2017. Their policy states that a woman can work from home for one day every month during her menstrual cycle. The policy also underlined that the leave does not require approval from the reporting manager, it is a self-approved work from home.

Bansi Raja, Chief Happiness Officer Gozoop (Mumbai), highlighted that sensitising everyone in the right way was instrumental in this policy being a success.

She added that when a woman needs to rest her body while on her period, she has the facility to work from the comfort of her home. She emphasised that they wanted to take away the stress of travelling and being at the workplace for a woman on her menstrual cycles.

She mentioned that the policy was appreciated by the team members, and even the men were supportive.

Around 76% of female employees make use of the policy, she informed.

Women have been conditioned to hide the real cause of their pain since they hit puberty and the same thinking has crept into the modern workplaces, but menstrual leave policies aim to address the stigma surrounding it.

Mohini Basu, Senior Account Manager at Gozoop (Mumbai), pointed out that working with pain was so normalised for her and even the thought of having a menstrual leave never occurred to her. She recalled that the policy was a pleasant Women's’ Day surprise in 2017. “Such a policy does act as a motivating factor during your work tenure because you feel you are cared for by your organisation,” she asserted.

Mohini also added that she has never resisted availing leaves, even if she had to ask a male manager.

Be it outrage or support over menstrual leave policy, the debate has at least silenced the ‘period’ taboo.