From karsevak to CM: Riding on lone leadership of an ailing Parrikar breeds schism within BJP Goa unit 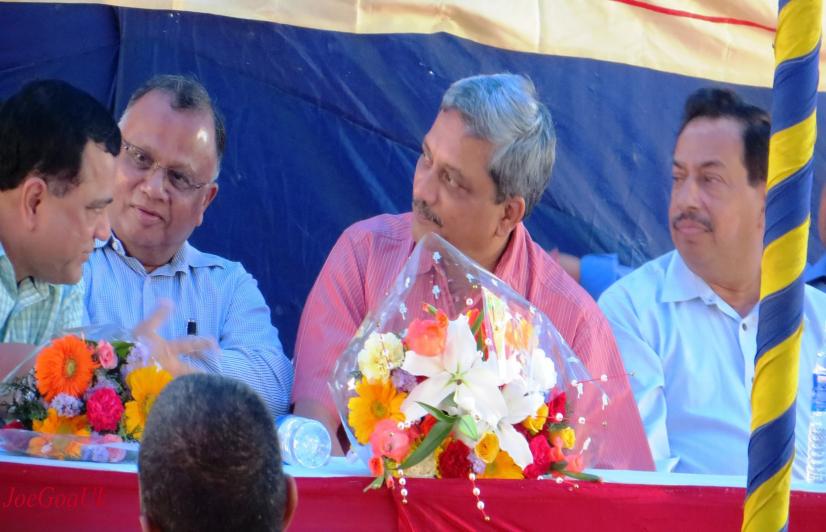 Panaji, Goa: In 2000, when Manohar Parrikar took charge as chief minister of Goa, he brought a semblance of stability to the Goan political landscape of the 80s and 90s, which had seen change of 13 governments in just 12 years.

Today, his absence has plunged the coastal state into political uncertainty once again. Chinks have appeared in the BJP unit in the state even as the 62-year-old IIT-Bombay alumnus remains away for treatment for advanced pancreatic cancer. In the latest instance of infighting in the BJP, former Chief Minister Laxmikant Parsekar and state party president Vinay Tendulkar recently got into a public spat over the issue of inducting two Congressmen into the party-fold.

Parsekar was especially angry over party’s decision to induct his political arch rival and former Congress MLA Dayanand Sopte into the BJP.

As BJP struggles to handle leadership vacuum in the state, 101 Reporters traces the rise of the kar sevak vis-à-vis rise of the saffron party in India’s smallest state.

Parrikar and the BJP first forayed into the state Assembly in 1994. “When Parrikar was contesting his first elections in 1994 from Panaji Assembly constituency, I went around and introduced him to people. I remember telling them, ‘Meet Manohar, he is our boy’,” recalls Subhash Velingkar, the then RSS chief of Goa.

It was Parikkar’s contribution to Ram Janmabhoomi Movement that elevated him in the right-wing organization and put him on the path to political power. Parrikar was working as an RSS pracharak for North Goa district since 1989 and had led a batch of karsevaks who travelled to Ayodhya in 1992 when Babri Masjid was demolished.

Senior BJP leader and former secretary of state Subhash Salkar, who had accompanied Parrikar to Ayodhya, said, “Ayodhya issue was a major turning point in the career of Parrikar. It was also a turning point for BJP in Goa. Soon after, Parrikar became MLA from Panaji constituency for the first time and there was no looking back for him.”

Just when Parrikar was beginning to establish himself as a force to reckon with, getting three former Congress ministers arrested for ‘scams’ soon after assuming charge as BJP’s first CM in Goa in 2000, he had a fallout with his long-time friend Velingkar. Velingkar was unhappy after Parrikar failed to keep his promise of introducing Marathi and Konkani languages as medium of instruction in elementary education.

But he fondly remembers the first election that Parrikar won in 2000. “Parrikar spent only Rs 26,000 for campaigning and got elected. Our rival spent Rs 50 lakh in trying to woo voters, but was defeated,” said Velingkar.

Parrikar’s ultimate victory was during 2012 elections when the BJP came to power with a majority. Of the 40 seats in the Assembly, BJP legislators occupied 21.

Laxmikant Parsekar admits that it was Parrikar who took the party to new heights in Goa. “Parrikar’s charm worked like a driving engine for the growth of the party. But he was also behind the party’s poor performance in 2017. It was Parrikar who had chosen the candidates,” said Parsekar.

In 2017 elections, incumbent chief minister Parsekar had lost his Mandrem seat to Dayanand Sopte who had joined the Congress in 2012. Parsekar had taken over as chief minister in 2014 after Parrikar left for New Delhi to take up office as the Union minister for defence in Prime Minister Narendra Modi’s cabinet.

As chief minister of Goa, Parrikar was known for his decisiveness. He undertook several infrastructure projects to provide better connectivity to Goa and enabled it to become the permanent location of the International Film Festival of India (IFFI) in 2004. This year, Parrikar’s name was dragged into a controversy related to renewal of 88 mining leases in the state. Parsekar, who is facing a probe in connection with the case, has claimed that the policy for the renewals was formulated during Parrikar’s previous tenure as CM.

Political observers say that Parrikar has long remained the face of the BJP in Goan politics, overshadowing all other party leaders, so much so that BJP is now left scrambling for a reliable alternative.

Rajendra Desai, a senior journalist and editor at Marathi Newspaper Dainik Herald, said, “BJP never had a chance to see organic growth of the party under the leadership of Parrikar. He went on inducting leaders from other parties to form governments. BJP leaders who lost elections disappeared. It was Parrikar Janata Party all through. BJP had several credible leaders who could rub shoulders with Parrikar. But where are they now?”

BJP leader and former State Assembly Speaker Rajendra Arlekar admitted that Parrikar’s contribution to the party in Goa was significant, but added that the saffron party rose in Goa due to its efforts and not because of any one person. Arlekar, who was among the first BJP MLAs in the state, said, “Parrikar’s absence has definitely created a leadership vacuum but there will be other leaders to fill his shoes.”