Back-to-village scheme in central Kashmir is an eyewash: Locals 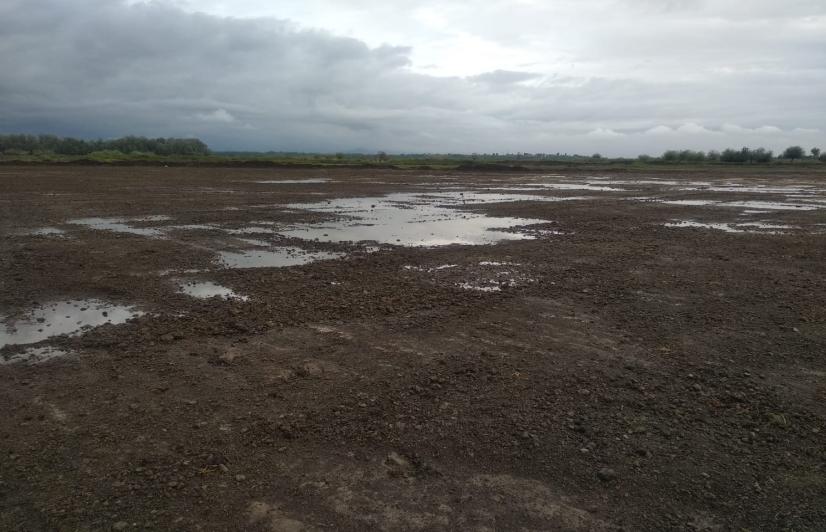 Budgam, Jammu and Kashmir: “I had a lot of hope from the Back to Village (B2V) programme. I expected that with the help of this initiative, I will have my voice heard and get justice,” stated Abdul Ahad, a farmer in Budgam district of Jammu and Kashmir (J&K). He claimed that 15 marla (1 marla = 25.3 square metres) of his land in Daharmuna village was occupied illegally.

Launched on June 20, 2019, the B2V programme was aimed at ensuring the functionality of panchayats, improving the coverage of beneficiary oriented schemes and doubling the income of the rural population. As part of the programme, gazetted officers of the J&K administration reach out to each panchayat, where they interact with the people and obtain feedback from them so as to tailor government efforts in improving the delivery of village-specific services. However, the population in central J&K claim that they are yet to see the benefit from the initiative.

Latief Ahmad, a resident of Daharmuna, mentioned that they have sought help regarding land-grab disputes and the demarcation of Hokersar wetland. He added that people across age groups and gender have participated in the programme, met with officials and raised their issues regarding fair price shops and electricity connection.

However, he feels that the initiative hasn’t borne any result. “I think it was a waste of time to even mention our problems as no benefit or any sort of help that has reached us,” he commented.

Nusrat Aziz, tehsildar, Budgam, mentioned that they have been religiously working towards the upliftment of the rural population.

Zahoor Ahmad, a resident of Soibug, stated that the work, that was supposed to be on priority after the first two phases, hasn’t been completed. After the funds were released, the contractors, who had influence in the local district administration, took up the projects that would earn them maximum profits, he added.

For the residents of Soibug, Daharmuna, Gotapora, Syedpora and other villages, one of the major issues is Hokersar wetland dispute, where the locals claim that their land has been grabbed illegally by the wildlife department even though they have the necessary documents from the revenue department.

Another Daharmuna resident Tawseef Ahmad stated that about 234 kanal (1 kanal = 20 marla) of land in the village was submerged for 12 years owing to the negligence of the wildlife department. He alleged that the wildlife department had shut a flood channel, which led to the submerging of the land area and with the help of door-to-door collection, they raised Rs 11 lakh and used the money to pump out the water and turn the area into usable land.

Ahmad also mentioned that in the first and second phase of B2V, a large number of people had participated, but in the third phase (October 2-12), only the sarpanch of the villages and other committee members put forward their grievances in front of gazetted officers.

Ahmad added that the residents’ demand for the upliftment and maintenance of the local playground, which was once the hotspot for stone-pelters and drug addicts, is also pending.

Before a cricket match in the Daharmuna village playground. Credits: Uruss Munaf

“Saving the ground was our first priority in the B2V programme because our mental and physical peace depends on it. We filed a grievance through B2V twice, but no work has been carried out," he asserted.

Pervez Ahmad, a resident of Dundoosa village, mentioned that about 35 kanal of his land has been illegally demarcated by the wildlife department. He said he used to do farming on the land, but now his only source of livelihood has been snatched away.

He claimed that the wildlife department has sold out the agricultural lands to land mafia and commercial businesses.

Mohsin Maqbool, visiting officer, Daharmuna, told 101Reporters that when he spoke to the locals, he came to know of their dispute with the wildlife department regarding the wetlands, as the locals had original documents from the revenue department.

Haider Ahmad Dar, member of the Block Development Council (BDC), Budgam, told 101Reporters that a majority of the work is carried out only on paper and nothing much is happening on the ground.

He mentioned that they have requested many departments for help, but it has been denied saying there’s a lack of funds. Citing an example, Dar stated that in Dundoosa village, there are no fair price shops, but no official visited them. He added that the BDC wrote to the officials saying there are no hospitals or doctors in the area amid other things, but no work has been carried out to fix it.