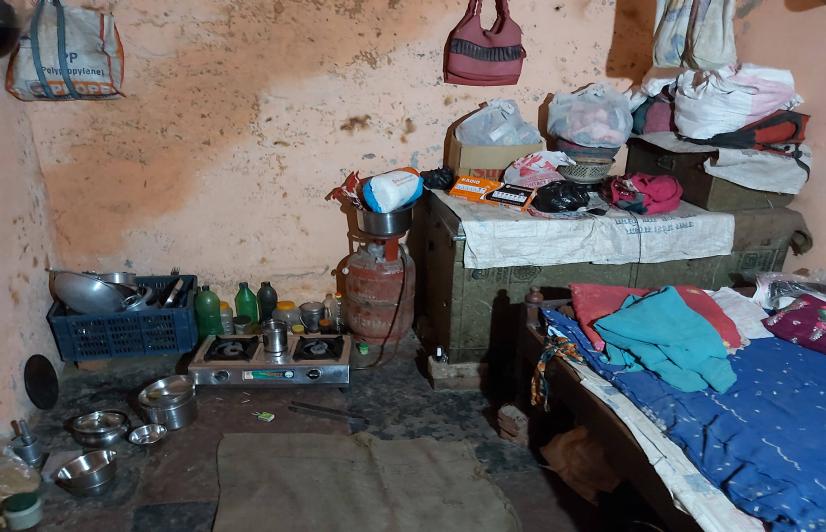 Sultanpur, Uttar Pradesh: Five months after the alleged rape by three men of a seven-year-old girl from a village in Sultanpur district of Uttar Pradesh, the victim and her distressed parents are battling for justice and proper medical treatment.

“We were seeing some hope from the hospital and Sultanpur police initially. However, now we are left as if nothing wrong happened to us,” the father of the survivor told 101Reporters.

He added that initially, the seven-year-old girl was referred to Lucknow’s King George’s Medical University (KGMU), where she underwent surgery.

According to the victim’s parents, referring to her initial statements, three men were involved. However, the Superintendent of Police (SP), Sultanpur, has arrested only one person who is a minor.

The mother of the victim stated that they have been requesting the police to continue the investigation and arrest two more people, but claimed that the police are saying there was only one accused, who is now arrested.

Sultanpur SP Shiv Hari Meena confirmed that the chargesheet has been filed and added that only one person was involved in the crime.

The victim was sent back home after a few days of the treatment in KGMU, although she hadn’t recovered fully. The family again took her to the hospital, in the last weeks of June, after receiving a letter from Sultanpur District Magistrate (DM), according to the father. However, they were sent back.

The father added that his daughter is still in critical condition. “Her stomach is so weak now that she has been defecating every 30 minutes. Nothing is digesting, as whenever she is eating she defecates. But the doctor says nothing to worry about. How can I not worry, tell me,” her mother argued.

While the family was assured that the treatment of the survivor would be free, the family has spent about one lakh for the medicines, travel, stay and food.

The concerned doctor, Shiv Narain Kureel, head of paediatric surgery at KGMU, told 101Reporters that the delay in the second operation is because the equipment, which is needed for the operation, is undergoing repairs in Delhi, and would be ready by July 28.

Compensation for the survivor was announced shortly after the incident. However, the family members claim they haven’t received any money from the government. “We are spending money by selling things from my house. Now for a month, the police have been fooling us,” said the father.

However, the family has received a small plot of land to build a pucca house.

The family is in dire need of money because the victim’s father only owns a small shop and earns less than Rs 15,000 each month. He stated that he has two children and underlined that his expenses are higher than his income, and he also has to bear the treatment costs of his daughter.

Apart from the problems the family has to face owing to the treatment by the police or healthcare professionals, they are also subjected to a lot of mental stress.

"They (family of the accused) laugh at us while passing by my house. We can't do anything except tolerate it. If we don't get the justice, we will die of shame," said the survivor’s mother.

“The [alleged] rapist/s should be hanged till death,” replied both the parents when asked how they want justice.

“They (accused) have taken everything. Everybody was striving together to educate her and make her an independent woman. But now every dream is broken,” said the father while clearing a lump in his throat.

The parents said that the daughter is too young to understand the consequences of being sexually assaulted. “Once she is old enough to understand everything, she won’t be able to live in this area. She might also curse herself for whatever happened to her,” added the mother.