Medicinal plants in Kashmir on verge of extinction 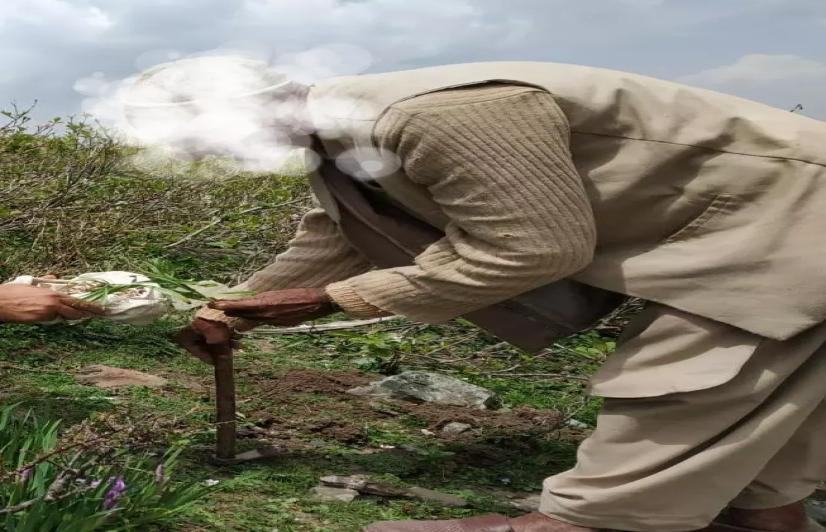 Tangmarg, Jammu & Kashmir: From May to August every year, Abdul Rahim, a resident of Tangmarg in Jammu & Kashmir (J&K), walks for hours to reach Afarwat on the upper reaches of picturesque Gulmarg. The hilly terrains are dotted with Tripater plants—also known as Trillium. Rahim, who goes there to extract the plants, takes 20 minutes. The plant is then sold to smugglers who sell it to international markets.

Rahim manages to get Rs 2,500 for each kilogram of Trillium. With his son, he extracts almost half a kilogramme every day for four months. The Himalayas is among the 36 biodiversity hotspots in the world and is home to more than 60% of the world's flora and fauna. He, along with scores of people, extract medicinal plants without knowing their importance. For many like Rahim, extracting illegal medicinal plant has emerged as a major source of income.

Kashmir has a rich depository of medicinal plants, which are used in aromatherapy, cosmetics and medical treatments. There are 571 different kinds of medicinal plants available in the state, out of which some are high-end plants having high commercial value. The demand of these plants from European countries, China, Japan and other nations has turned Kashmir into a hotspot for smugglers.

Several medicinal and aromatic plant species are on the verge of extinction in the state. Trillium, which was earlier a lesser-known medicinal plant in trade, has gained popularity in commercial utilisation these days. It is one of the most sought after medicinal species in the western Himalayan region.

The underground part of the plant—rhizome—is a key material of trade containing Trillarin which on hydrolysis yields diosgenin and used in the preparation of steroidal and sex hormones.

In Tangmarg, which is situated in Baramulla district, it is not only the men but the women too walk miles through mountainous terrains to extract the plants.

A woman in her late thirties, on the condition of anonymity, said she earns Rs 400 to 600 on a daily basis. She extracts plants at Khilanmarg in the upper reaches of Gulmarg, but fears being caught by the forest guards. “We only sell when we know the smugglers otherwise there are chances we may get caught,” she added.

The smugglers send local men and women to the forest for extraction. The forest guards deployed allow the locals to go in forests to gather various things like forest wood and dried leaves.

A resident of Tangmarg, who didn’t wish to be named, shared how medicinal plants reach to the international markets, “Around 10 years ago, the smugglers, with the help of locals, started extracting Trillium in Uttarakhand and Himachal Pradesh. After the plant started vanishing there, they shifted their focus to Kashmir four years ago,” he said while adding that several medicinal plants are on the verge of extinction in the Valley.

“The locals get Rs 2,500 to 3,000 per kilogramme of Trillium, which is then supplied to Chandigarh, Nepal, China and also European countries. It has a value of Rs 70,000 per kilogramme there,” he informed while adding that few foreigners, who come as tourists, carry medicinal plants in their bags.

These medicinal plants are being exported in trucks laden with fruits to Chandigarh from where it is being supplied to various parts, he added.

Artemisia (Wormwood), which is locally known as Tethwan, is another medicinal plant which has a huge international value. These are found in Gulmarg, Sonamarg, Gananpeer and several parts of Budgam and Kupwara in Kashmir and is widely smuggled. Tethwan is an important part of Unani and Ayurvedic systems of medicine.

Other medicinal plants smuggled from Kashmir include Kutki, the dried rhizome with the root of Picrorhiza kurrooa, and is widely used in Ayurvedic medicine.

Professor Irshad Nawchoo of the Kashmir University, who has done extensive research on medicinal plants, stressed the preservation of medicinal plants. There are several medicinal plants which are at the verge of extinction due to smuggling or unplanned constructions, he said.

Akhtar H Malik, a researcher at the Kashmir University, said the forest department in collaboration with the state medical board would be creating nurseries of medicinal plants so that the “natural habitat is preserved”.

The government would also provide training to forest dwellers to create nurseries, he said while adding that the government needs to involve the locals so that the natural habitat is not disturbed and smuggling is stopped.

O P Sharma, Director of the State Forest Research Institute, said while the number of medicinal plants is decreasing in J&K, smuggling is not the main reason behind it. He stated that the construction of roads, pollution, and stress on habitat as the reasons behind the decline.

Steps for the regeneration of rare plant species have also been taken, he said while adding that additional steps are being taken to stop the smuggling of forest produce.

Recently at a workshop in Srinagar, K Skandan—Agriculture and Horticulture Advisor to Governor—said the dearth of knowledge on the identity and agro-technology of the plants was adding hurdles in medicinal plant cultivation. He emphasised on the need to make the knowledge available to everyone.