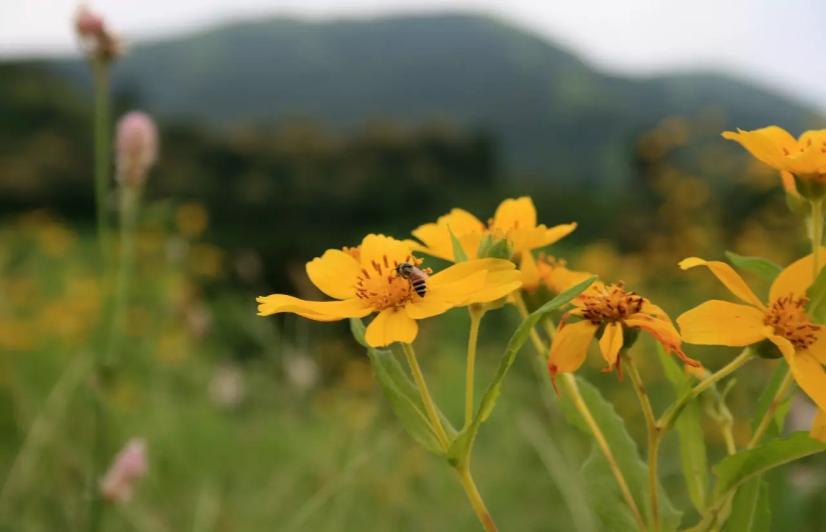 The lockdown to prevent the spread of global pandemic COVID-19 has brought many benefits to the environment, though for a brief period of time. The lockdown, which has been around for almost two months, has had a positive impact on insects and bees, whose life cycles are much smaller, unlike human beings. Experts say that due to the short life span, insects have shown some behavourial change, are able to communicate better and improve the pollination process.

Cleaner air, decrease in air and noise pollution and limited human disturbances in the environment have helped these small beings and they have been exhibiting better behaviour, mention experts.

“There are various ways through which insects communicate, usually by sounds, visuals, touch and scents, observed in nature. With cleaner air and clearer skies, these insects and bees have been able to communicate better through senses among their community and function better,” said Rahul Marathe, a Pune-based entomologist.

“For example, the honey bees are able to detect the smell of Jamun (black plum) tree or plant in a much better way due to cleaner air and absence of other smells or odours,” he added.

The significant decrease in air pollution across the world during the COVID-19 crisis has been one of the major environmental impacts. The success rates of insects locating scents from plants reduce and foraging times increase in polluted air masses due to considerable degradation and changes in the composition of floral scents, according to a study published in ScienceDirect.

Marathe highlighted that there has been considerable change in visibility too. “Such conditions are optimum for insects to find their food sources. Insects like cicadas, praying mantis and fireflies have also shown their presence in the outer fringes of the city.”

He added that these insects and flies aren't usually found in peri-urban or secluded parts of urban areas.

Didn’t have to use pesticides: Farmer

The number of insects and varieties are also seen to have increased. The result is that many people, who have terrace gardens and live in the outskirts, claim that pollination has been better this season as evident with the flowering and quantity of fruits or vegetables in their backyards.

Vaidya Jyotsna Pethkar, a resident of Kothrud area in Pune who also experiments with organic farming, stated that friendly insects like ladybug are now abundant. She added that due to the increase in pollination activity, the yield has been surplus and on time for vegetables such as bitter gourd and white gourd.

Pethkar mentioned that she usually adds some organic elements to get rid of unwanted pests, but this year she didn’t have access to such items and still found that her vegetables like okra and brinjal were free from pests.

Tarek Utturkar, a farmer from Parsure village of Bhor taluka in Pune district, stated that he has planted tomatoes, cashewnuts and groundnuts this year, and expects the yield to increase by over 20%.

He highlighted that he hasn’t been able to tend to his farms, as he usually does. “Usually, whenever I see pests, I use natural pesticides from neem and other products on plants. However, this year even the basic taking care of the farm has not been possible and no human intervention.”

He mentioned that the size of the fruits and groundnut per seed has also increased. While tomatoes are often infested by pests, he mentioned that he didn’t face it, this year.

“Also the monkeys, wild boars and peacocks that frequently venture for food into the farms, have not visited this season. This means there is an abundance of food around the area and the animals didn’t require to depend on the farms,” he added.

According to bee experts at the Food and Agriculture Organization of the United Nations, a third of the world’s food production depends on bees. Plants such as blueberries, cherries and almonds, are almost completely dependent on bee pollination, according to research by Cornell University.

A study by Pennsylvania State University underlined that the pollution-modified plant odours can confuse bees and, as a result, the foraging time of bees increases and pollination efficiency decreases and this happens because the chemical interactions decrease the lifespan of the scent and the distances they travel.

In April, a Europe-based conservation charity had said that the lockdown to prevent the spread of COVID-19 could benefit pollinators such as including butterflies and birds, while also helping in recovering the declining bee population.

Amit Godse, a bee expert, stated that there has been a 20% increase in the number of bees in urban pockets. “People haven’t been able to get out of their homes and the beehives in concrete habitat have been able to grow and flourish.”

Godse mentioned that the number of bees observed in gardens of some citizens has improved.

The behaviour has also benefited humans. “As there is no haphazard dumping of waste and the waste has been channelised from homes to dump yards properly, the number of fleas or drosophila and mosquitoes are negligible this year,” Marathe said.

Marathe mentioned said there are usually complaints from residents that he has to attend to around this time of the year. “The pheromones released by honey bees also keep many invasive insects at bay. They act as natural pest controls,” he added.

Marathe said that life cycles of these insects are very short and the lockdown period has been enough for them to show the behavioural change by adapting to the different conditions.

Ajit Chandele, former principal of College of Agriculture, Pune, confirmed that such improvements in environmental factors can certainly help the insects. “The release of pheromones, a chemical by insects, is one of the ways insects communicate. With fewer pollutants, the intensity of these pheromones is much higher and easier for insects of the community to understand and perform better,” he said.

Chandele added that pollination among agriculture plants like onion and mustard could be expected around this season. “If these conditions of a clean environment persist even during monsoon, the mating and reproduction rate will definitely be higher,” he added.