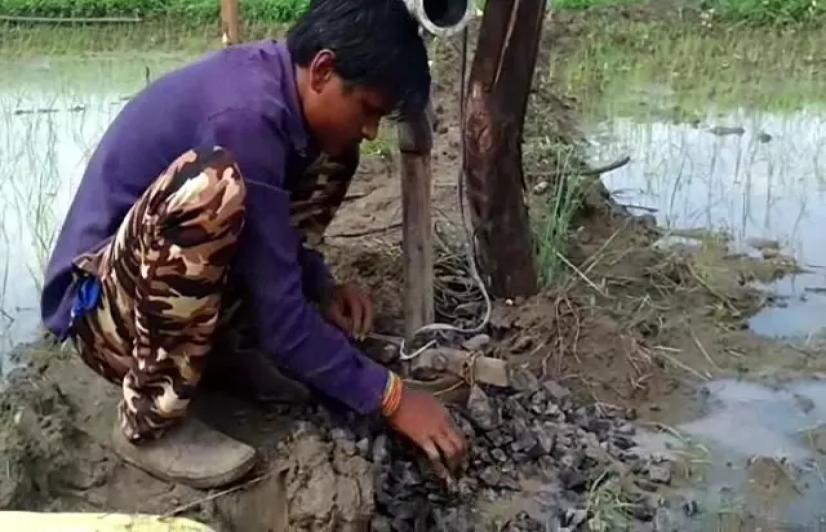 In a country which ails with water scarcity all year, farmers in villages of Narsinghpur district in Madhya Pradesh came up with ingenious solutions for rainwater harvesting to address the issue.

While water shortage has been the hallmark of Salichauka village, local farmer Manoj Rai devised a solution not only to tackle the water deficiency but found a way to manage the excess water from rain and use it to recharge the water source. To do this, Rai used waste material to channel the water to borewells and dry wells using a pipeline network.

Rai said the village was infamous for facing water scarcity. He explained that the Third World War would be fought over water and several cities like Cape Town and Shimla are already on the verge of a ‘Day-Zero’ situation.

He added that if every farmer did their bit towards redirecting excess water to recharge the groundwater level, then the future generations will also have water. He said that if we try, everyone can come up with their own techniques for water harvesting without spending extra money.

After Rai’s solution came to the limelight, other farmers also started adopting it and the water level has reportedly risen, claim the villagers. They say that this will also help them during the summers.

A resident of the village Kaluram Patel said he adopted the technique after he saw several other villagers using it. He said they have witnessed a rise in water level and the tube wells now have water. He said this would also help him grow multiple crops in a year.

Similarly, in the rocky terrains of Bilguwa village, it was becoming increasingly difficult for the farmers to procure water for their crops when Monu Pathak, a local farmer, devised a solution to conserve water.

Pathak said he constructed a model to recharge the groundwater level. He pointed out that in a time when half of the country is facing water shortage and the rest facing floods, it is extremely important to look for methods to save water. He also urged the residents of the village to employ such methods in their houses or farms.

Sushil Kumar, a resident of Bilguwa, said the technique employed by Pathak is easy to operate. He said if every farmer were to utilise rainwater harvesting techniques, the water level would witness a significant rise and would solve the water crisis in the village.

Agricultural scientists claimed that the crops in the region were getting affected by the decline in groundwater level and commended the efforts by the farmers to address the water crisis.

Rajesh Tripathi, Deputy Director of the district agriculture department, pointed out the irregular pattern of rains that the region has witnessed. He said that if water is being continuously pumped using tube wells or sprinkler pump, the water sources are going to keep depleting. He said if we can find a way for the rainwater to replenish the water table directly, farmers would benefit from it. While commending the efforts taken by farmers of Bilguwa and Salichauka, he added that efforts are being taken to educate the farmers on the importance of adopting such techniques to recharge any water source in their vicinity.