From less-cash villages to cashless ones, courtesy demonetisation 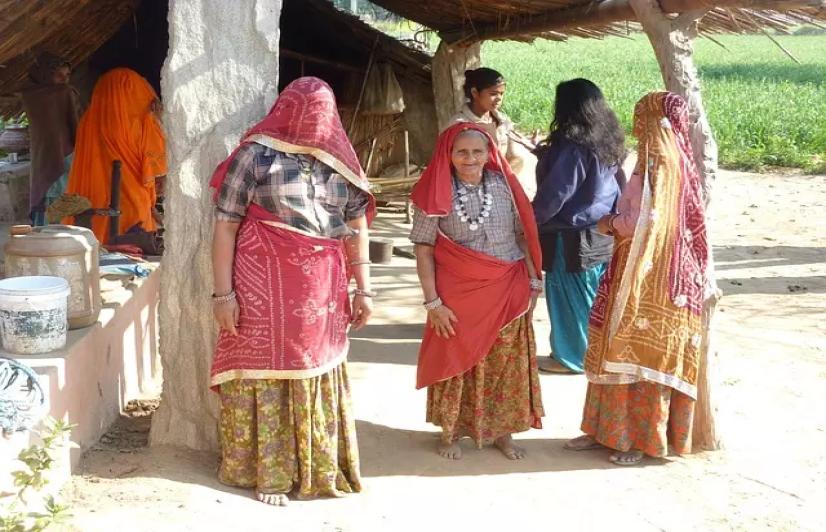 Karauli, Rajasthan: The 35-year-old Neetu brings some wheat in her sari’s pallu and gives it to the shopkeeper Ramaswaroop. Ramswroop, weighing the wheat and giving 2 matches and one candle in return to Neetu. Wheat was slightly less than 250 grams. The price of this wheat was Rs 4.

If you are wondering where would it be in the days of Digital World, Patyam and the Internet? Than you are wrong. The 20th century and even much older barter system is still in trends in the country's villages. Neetu is a resident of Ladore Kalan village of Karauli district of Rajasthan and is from a laborer family. There is a shortage of cash in the house so a small amount of ration for the house is taken from such grains. Neetu says, 'We buy household goods from grains. This has to be done due to poverty and unemployment. Women have less cash in hand in village areas, therefore the need for the goods is to be taken from grains like wheat, millet, mustard and sesame. When we ask her about the digital economy, Nitu says, I have heard the name, but do not know what it is.

This is not new to shopkeeper Ramswroop. Ramswroop earn more than 100 kg of food grains every month by commodity exchange system.

The barter arrangement or commodity exchange system is still going on in many villages of Ladore khurd, Ledor Kalan, Bahrai, Mengra, Hakimpura, and nearby villages of Karauli district.

The team of 101Reporters understood this system by reaching these villages. After going into these villages, it can be said that the government talks about the digital economy and many more things but rural society is still going through bad times. The barter system is still in trend not only in only Karauli district but also in many remote villages of Rajasthan.

Mukesh Jadoun who runs a small grocery shop form last ten years in village Ledor Khurd, near the village of Ledore Kalan says, 'Apart from our village, it is still common to take food from grains in almost all the nearby villages. People of the village do not know anything like Digital, Paytm etc. The people of the village do not have much cash, therefore, they purchase goods of ration  by wheat grains, millets and season crops. Small shopkeepers like us get a little more profit in this. We take grains on less than market price and then sell it to the grain at market prices with some profits. Even today, every month more than 100 kg of grain comes through this type of business. Mukesh further says, 'After the ban on notes (demonetization) in November 2016, the barter system has swiftly increased, but now it is slightly reduced. At the time of the noteban, almost the entire village had bought the goods from the grain. During that one and a half months, I had 7-8 sack cereals. Even today, there are only 1-2 sacks of grain every month.'

Deena Sharma, living in Bahrai village of karauli district, tells us, "Until 10 years ago, from vegetable to big things in the villages, there was exchange of goods, but now this trend has come down a little bit. At the time of the Noteban in 2016, it grew a little bit, and now people buy commodities, only to buy a lot of ration goods.

Social worker Shankar Singh says, "Apart from Karauli, this system is practice in tribal areas of Udaipur district also. People still have less cash in villages, especially the women of the house. That is why women buy vegetables, buy a lot of ration and send them grains to the shops when the kids are angry. Until the decade ago, the economy of the village had been on the barter but now it is not so. Over time it has been reduced but the system of barter is not completely over. '

The economy of the villages is still based on agriculture. The people, especially the villages like Ledore, have been quite backward due to their presence in the Dang area. People are lacking in cash and the grain is born from their farming, so for the daily working people, this area can still be easily seen by taking luggage in exchange for granaries