THE MAN WHO PERFORMED 815 AUTOPSIES IN A SINGLE NIGHT 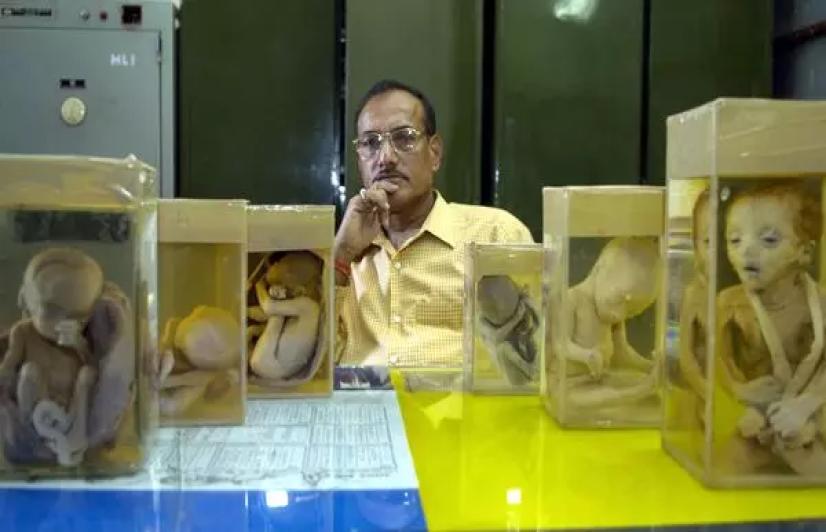 It's normal for doctors to be summoned at odd hours to deal with medical emergencies. It's the nature of the job. But when Dr. DK Satpathy doctor was shaken in the wee hours of December 3, 1984, he was completely unprepared for what he would see.

He had no idea that the worst industrial disaster in the history of the world was unfolding in his city Bhopal, capital of the then largest Indian state Madhya Pradesh. A gas leak at a local chemical plant exposed half a million people to the toxic gas methyl isocyanate. By the end of the night, thousands were dead.

That was the night Satpathy earned the name Doctor of Death. As a 35-year-old forensic expert working with a state-run hospital, he was woken by a colleague who told him that there was an unimaginable situation at the hospital.

"As soon as I reached the hospital, I realized my colleague was right," Satpathy recalls, "I had never imagined a situation where I could see hundreds of dead bodies lying on the road. Some had died and some were suffocating. Hundreds of dead bodies were lying on the ground." The situation was so chaotic that there were dozens of unclaimed bodies, abandoned by fleeing relatives.

His four-member team roped in medical students to help document the carnage.

According to official government figures, the gas leak killed 2,259 people immediately. Private organizations claim the death toll is in the range of 8,000-10,000. In an affidavit submitted in 2006, the government stated that the accident caused 558,125 injuries, including about 3,900 that were severe or permanently debilitating.

When Satpathy got there, the doctor on night duty told him what he'd missed. The colleague had witnessed a dozen people enter the hospital having difficulty breathing, then drop dead in front of his eyes one by one.

Satpathy set to work performing autopsies, hoping to confirm the identity of each person and determine their cause of death. His four-member team roped in medical students to help document the carnage: They had to take a photograph of every dead body, then preserve their clothes and examine the corpses. Satpathy himself performed an estimated 815 autopsies that night.

But his work would live long past that one night. He directed the team to preserve tissue for research. At the time, science was relatively clueless about what gas does to the human body, so they took as many blood and tissue samples and possible, documenting every single dead body.

"I was expecting the government to conduct detailed research on those tissues," he says, noting that he hoped for better treatment of survivors due to the careful work he undertook. But for years, his written pleas to state and federal governments to study the samples and learn from them went unanswered. Now it's too late to get the most from them: A prolonged power outage in 2006 deprived many of the samples of of essential sub-zero temperatures.

The government's handling of the crisis remains a sore point even now. Descendants of the survivors are also affected with severe illnesses and often struggle to find the right treatment. Hazra Bi, 53, a resident of one of the slums that were severely affected, escaped death that night but not without a clutch of grave ailments. Now, she says, she suffers from chronic asthma, diabetes and stomach problems and has been visiting hospitals every other day for 35 years. She's found government hospitals set up after the disaster, such as the Bhopal Memorial Hospital and Research Centre, to be perennially short of doctors, staff and medicine.

After the Bhopal tragedy, India's government passed a few laws that held factories responsible for ensuring safety and liable in case of any mishap. Before that, such legal provisions were non-existent. The disaster triggered environmental activism and India passed the Environment Protection Act in 1986 and also saw the birth of the Union Ministry of Environment and Forests. But the drive to improve conditions still hasn't extended to researching the remaining samples.