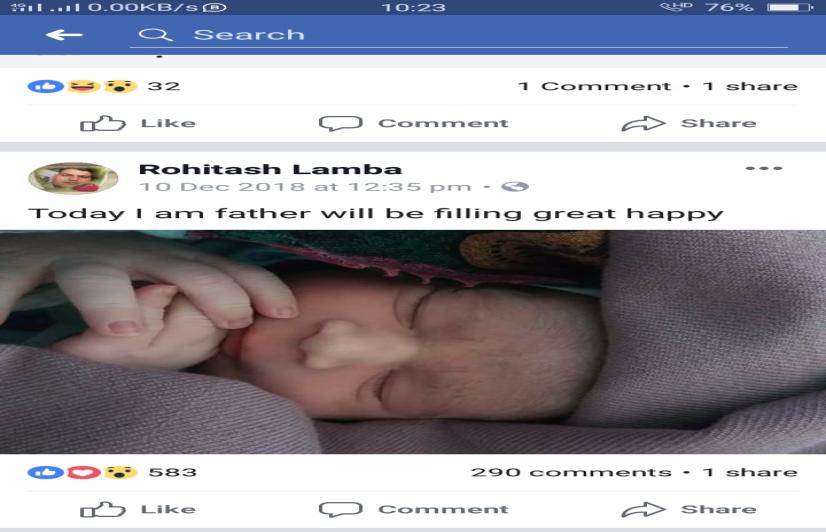 Families of slain soldiers struggling to process news of their loss

Gut-wrenching grief has struck the families of the martyrs who lost their lives in the militant attack on a CRPF convoy in Kashmir on Thursday. Forty-four jawans were killed and 25 injured in the deadliest attack in the paramilitary forces’ history.

The slain soldiers hailed from the length and breadth of the country, the news of their death in the attack coming down on their family like a ton of bricks.

"Why is God so cruel to us!" exclaimed the widow of Sanjay Kumar Sinha, a head constable with the CRPF’s 176th Battalion.

Hailing from Taregna village, about 30 km south of Bihar's capital Patna, Sinha was 44 and left behind his wife and three children--two daughters aged 22 and 17 years and a son aged 17 years. His eldest daughter was to get married soon. The family had got their ancestral home renovated and were to inaugurate it at her wedding.

Sinha had left home to rejoin his duty in Srinagar on February 8 and had planned to return in two weeks to finalise the wedding arrangements. About 8 pm on Thursday, his brother-in-law Jitendra Kumar learnt he will never come back.

This news left his wife Babita Devi and father Mahendra Prasad shattered. They were inconsolable. Cursing the fate, Babita was worried sick as to what would happen to her family, who will take care of their children. While the girls are pursuing graduation, the couple's son is preparing for medical entrance examinations in Kota, Rajasthan.

Broken himself, Sinha's father, a farmer, was trying to console his daughter-in-law. He was telling her to be strong, that not just their family but the entire nation was peeved at the cowardly act of the terrorists.

Sinha had joined the CRPF in 1992 after clearing class 12. His younger brother Shankar Sinha too is with the CRPF, posted in Bihar's Nalanda district.

Much like Sinha was to return to Bihar for his daughter's wedding arrangements, another slain soldier Hemraj Meena of Rajasthan had promised his wife Madhubala that he would return in 20 days and take the family on a vacation.

The 43-year-old martyr from Vinod Kalan village, Kota, was part of the CRPF’s 61st Battalion. After completing his Bachelor of Arts, he had joined the CRPF when he was 25. His parents worked as labourers on a farm and he was the first of six children.

His elder brother Ramvilas said Hemraj had visited their village only a couple of days ago and left for Kashmir on Tuesday morning. On Thursday afternoon, army officials informed to his daughter that he was no more.

Hemraj had been posted in Kashmir for three years, before which he had served in Naxal-affected areas. He is survived by his wife, two daughters aged 18 and 14 years and two sons aged 12 and four years.

In Govindpura Bansadi village of Rajasthan in Jaipur, the entire village community was mourning the loss of Rohitash Lamba, one of the deceased CRPF men in the terror attack. His brother Jitendra fell sick upon learning of his demise.

The entire village stood with the family in solidarity and recounted how Lamba wore his patriotism on his sleeve. He would frequently speak to the village youth and encourage them to study and sign up for the armed forces.

“He was like an elder brother to me. He would always motivate me to study. He was so disciplined in his life that he never missed a task. He will always be remembered,” said Dr Anil Dangi, a neighbour.

Lamba’s parents worked as farmers and his family struggled to make ends meet. After graduating from a government college, he had joined the CRPF in 2011 and got married in 2017. The couple had a son on December 10, 2018. Lamba was overjoyed at this and had shared the news on Facebook.

After visiting his newborn, he had left the village only on Tuesday. A couple of days later, his family learnt of his martyrdom.

In the southern state of Kerala, the local police team in Lakkidi, Wayanad district, which was asked to break the news to the family of deceased CRPF head constable VV Vasanth Kumar was at a loss of words when they visited the family and saw them going about their life as usual, ignorant of the tragedy that had befallen them. Requesting anonymity, the sub-inspector that was a part of the team said his heart welled up when he saw Kumar's mother, wife and children, aged eight and five years.

Kumar, who was 36, hailed from a Scheduled Tribe family and his parents would make ends meet by working on farms as labourers. He had joined the CRPF immediately after completing class 12, at the age of 18. His father had passed away only six months ago. The police officer said Kumar had resumed duty only 10 days ago after enjoying a vacation with his family. He said Kumar was upbeat since he had been promoted as a head constable.

A local panchayat member, requesting anonymity, said Kumar would often speak about hanging up his boots and returning to the village to take up farming. He said everyone in the village liked Kumar as he was always there to help people. He mourned the loss of an earnest and well-loved son of the soil.

Ajit Kumar, 35, of Lok Nagar area of Unnao town in Central Uttar Pradesh was martyred in the Pulwama attack. Ajit, who had joined the CRPF four years ago in the 115 Battalion of the force, was returning to join the duty after finishing his one month leave. Ajit was eldest among five brothers. His three brothers are in different jobs in Uttar Pradesh. Before leaving to rejoin his duty, Ajit had promised his two daughters – Isha and Shreya – a trip to Vaishno Devi on his next trip home.

Ajit’s younger brother Ranjeet said, “I received a call on my mobile on Thursday evening that my brother was among the soldiers killed there in Jammu and Kashmir.”