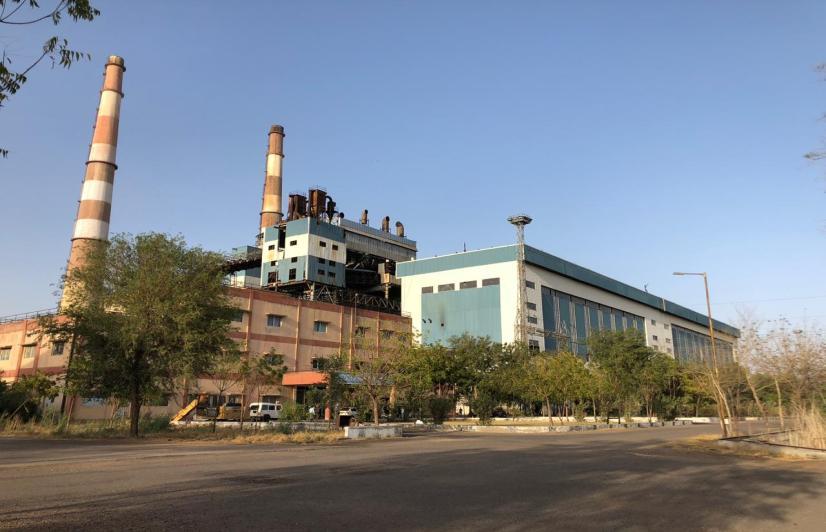 //the central/election connect is very tenuous. We should be able to lead with that peg. Are the people here are hoping the new government will be able to reopen the plant? No, people are hopeless from both parties, claiming that they have many times approached the leaders of both political parties but ignored. Local villager Laxman Singh said that he had met the politician of both BJP and Congress but nobody took serious note on their issue. He alleged that even local media has not paying attention towards their pathetic conditions.

Did any candidates now or before make such promises to the public? - Harish Choudhary, soon after the government decision of disinvestment and ahead of state assembly election raised this issue. Choudhary, who is revenue minister in Congress led state government, was national secretary during the state assembly election.  Choudhary said that their government would explore the possibilities to resume the plant's operational.

How did JSW get the better mines? They are usually allotted by the central government, right? Can we dig up some basic info about the allotment of these mines to jsw and giral...- Yes coal block are allocated by the center government. Government usually invited tender for the available mines and allocation is based on bidding process. JSW got the mines allocation and designed the plant according to the available coal. Initially, they too faced the problem in running the plant, after which they arranged the coal from Indonesia. Months later after required technical changes in their plant design, they started using coal of local mines, allocated to them. In case of Giral plant, Coal block has been allotted to Rajasthan government's company Rajasthan State Minerals and Mines Ltd. (RSMML), which is providing coal to the Giral plant.

Please feel free to ring me at 9894535857 if you think there is another election lede we can explore//-On one hand where center government is making tall claims of employment and opposition parties are countering it, at ground nobody is taking note of thousands of farmers who are jobless and landless. It is not an issue for them, as they are contesting election only on caste equations..

Their land was acquired during 1995-2001 to for lignite mining and to build a power plant that, the then chief minister Bhairon Singh Shekhawat had assured, would provide them jobs and bring development to their area. Today, the farmers of Giral village, 40 kilometers north of Barmer, are landless and jobless. Ever since the power plant was shut down in 2015, landowners like Kamal Singh, who runs a tea stall outsider a concrete structure that once was humming with activity, barely eke out a living earning Rs 200-300 a day.

“Kya karu sahab, sochta hoon to dar lagta hai,” said Kamal. “Isliye sab bhagwan ke bharose chod diya hai. Jo mujh se ho sakta hai mein kam kar raha..baki jo usko manzoor hoga, wahi hoga..” (What can I do? If I think about it, it frightens me, hence I have left it all to the almighty. I am doing my best what I can, rest I have left to god).

Kamal had given his 270 bighas of land in two installments, 146 bighas in 1995 at Rs 600 per bigha and 124 bighas in 2001 at Rs 2600 per bigha. All that Kamal has to show for the compensation he got is a three room home and his tea stall. The rest was spent in taking care of his family. When their land was acquired, "we were assured employment, education, health and other facilities,” recalls Kamal. “We are still waiting for the tall promises made to be fulfilled".

Now, as another election looms, Giral’s villagers feel let down by both the BJP and Congress. Villagers said they had approached leaders of both BJP and Congress many times but nobody helped them. They expect little to change after these Lok Sabha polls.

The newly elected Congress government has so far taken no initiative in this matter. “The BJP government decided on disinvestment of Giral plant to appease private players,” said Harish Choudhary, state revenue minister who represents Baytoo assembly seat in Barmer.  “Our focus would be to resume operations at plant at the earliest”. Easier said than done, given that the plant has been rusting away for four years in the desert heat.

The power plant started functioning in 2008, employing 800 to 1000 laborers directly in the plant with a similar number employed indirectly. The plant, while it worked, also generated employment for others engaged in supplying grocery, vegetables and other needed supplies.

The farmers thus dared to hope of their lives getting better. Till the plant started running into one technical snag after another, that finally led to its closure. As long as the plant was functioning, Kamal’s tea stall provided him with sufficient income. Not any more.

Laxman Singh, 38, also of Giral village sold his 309 bighas, believing in the big dreams he was shown. It seemed to come true, when Laxman got a job with a mechanical team in the plant in 2002. But all dreams were shattered with the plant’s closure. Laxman, and the thousands of others who were dependent on the plant for their livelihood, were suddenly literally on the street, landless and with no alternate means of income.

Laxman is now supporting his wife and two young kids working on NREGA projects and other daily wage jobs. “All the promises of good health care and education were a big bluff,” he said, adding the plant closure has affected over 1000 families.

Giral village has a primary school but no health center and villagers have to go to Barmer for medical treatment. And students who complete their primary education have to go Akalli village, six kilometers away to continue their studies.

The Rajasthan Rajya Vidhyut Utpadan Nigam Limited (RRVUNP) had planned two lignite based thermal power units of 125 MW each in Giral village in 2000. Fuel (Lignite) for the plant came from mines owned by Rajasthan State Mines & Minerals Limited (RSMML), and located near the plant.

For lignite mining, RSMML acquired 8523 bighas land in three phases at a total cost of approx Rs 77.30 crore. The acquisition cost had gone up from Rs 600 per bigha in 1995 to Rs 2.7 lakh per bigha in 2011. After getting all required clearances, the foundation stone for the two power units was laid in July 19, 2003.

This was the country’s first power plant which used a lime and lignite mixture as fuel to keep the levels of sulphur oxide, a highly corrosive emission from lignite, within prescribed limits.

BHEL, the manufacturer of the power plants, had designed the units to run on lignite having Sulphur limit up to 1 percent. But the lignite provided to the project from the mines located near Giral village had sulphur content of up to 7.5 percent.

Running at barely 25 per cent of its rated capacity, the plant inevitably incurred huge operational losses---- Rs 985.91 crore in 2015-16 and Rs 786.71 crore in 2014-15. Unable to write off the losses, the government suspended its operations in 2015 and in 2016 decided to sell it off, appointing consultancy firm M/s Energo to prepare a valuation report, which estimated the project cost at Rs 1964 crore.

In September 2016, SBI Market Ltd was chosen as the adviser for the disinvestment process. And global tenders were floated In November 2016, inviting bids for the plant. The government had then claimed it would complete the sale by December 2016 and the new owner would run the plant from January 2017. But the plant is still awaiting a buyer.

Villagers like Laxman Singh allege that the closure of the plant was due to vested interests in the government who wanted to privatize it. They point to the profitable JSW power plant, also using lignite as fuel and located just 10 kilometers from the Giral plant, to support their allegation.

A senior official in RSMML, who refused to go on record, however said that JSW was getting coal from Jalipa and Kapuradi mines which have a very low sulphur content of 0.5 percent. These two coal blocks were allocated to JSW for their own operations and they cannot sell or supply it to other users, the official added.

H.S. Charan, deputy chief engineer at the Giral plant said that they had asked the government to arrange for coal with low sulphur content, but got no response.

As these arguments go on, villagers like Kamal and Laxman continue to suffer. Manoj Gujar, a local businessmen working with mining industry said the plant had a boon for the area as it generated jobs. “But it was for very short period,” said Manoj. “The government should explore other options to run the plant as it can be a big boost to the desert region’s economy”. (EOM)