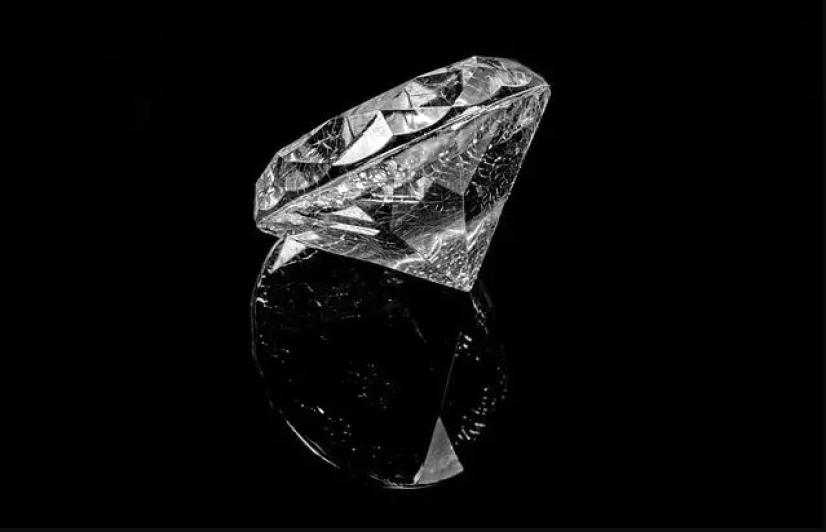 Surat, Gujarat: “I am stuck in this phase of life where I cannot go ahead or go back. The situation has been the same for two months. One day my employer asked me and six other colleagues to not come for the job, leaving us in the middle of nowhere,” said Subhash Mansuriya, a former diamond worker in Surat.

With a family with two children and his wife to support, the 35-year-old diamond artisan is clueless about his sustenance and has been on job search for two months. He lost his job after serving for six years at a diamond factory, which now he doesn’t want to name, saying it will bring bad luck.

He was not given severance money also. However, it was after the Diamond Workers Union intervened that he got two months’ pay.

Like Mansuriya, there are many workers who were sacked from their jobs owing to the uncertainty in the market. Many factories have placed notices in front of their main gates saying, “Use money wisely, there may be a longer vacation for Navratri.”

Tejas Patel, a diamond worker, said there is uncertainty in this business and he doesn’t know how long he will have the job. He earns around Rs 18,000 per month and has a family to support.

He added that since he is not highly-educated or possesses any other skills, he is worried about his future as he has been cutting and polishing diamond for the last eight years. He said many factories shut down without paying a single penny to their workers, and as the workers are disorganised, there is nobody to raise voice for their rights.

Ranmal Jilariaya, the president of Diamond Workers Union, said the situation is very grim with regards to the employment in the diamond industry. People have been sacked without prior notice and not given proper severance, he added. “We started data collection of those who have lost their jobs. We will send the data to the state government and will demand that they bear education expenses for their kids,” he said.

There are around 15,000 large and small industries and nearly seven lakh people are dependent on this industry. More than six lakh people in Surat are associated with the diamond industry in Surat is home to over 3,500 small, medium and large diamond factories. Nearly 60,000 diamond workers are currently jobless across Gujarat, of which 13,000 from Surat. After Diwali in 2017, many of the diamond industries ceased operating and around 40% of them remained shut even after the vacation. In 2018, around 750 artisans were sacked. According to Gujarat Diamond Workers Union, more than ten artisans committed suicide after they lost their job in 2018.

Shreyan Soni of Soni Diamond Business Institute said the diamond industry in Surat is facing one of the worst phases of business owing to the recession. After the fraud by Nirav Modi, Mehul Chokshi and Jatin Mehta, banks are not lending money to the business, he said.

Moreover, demonetization and GST have adversely affected the business and earlier the business, which were showing losses, are nearly on death bed, he revealed.

He admitted that many of the factories have reduced the work-timings and have reduced to one shift from the three shifts. The introduction of synthetic diamond is also one of the major reason, he said while adding that the demand from foreign countries has also reduced.

With an aim to boost the diamond business, the Surat Diamond Association organised a three-day exhibition-cum-business meet in August. According to their own estimates, more than 900 workers in the diamond industry have lost their jobs, while some of the business owners have reduced the work hours and slashed the shifts since January.

A Memorandum of Understanding was agreed upon, to give a boost to the business, said Babu Gujarati, the president of Surat Diamond Association.