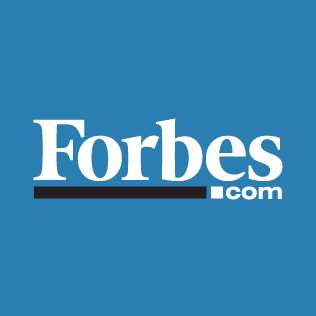 Jammu/Ludhiana: In spite of the volatile situation in Kashmir Valley is seemingly limping back to normalcy, the prevailing communication clampdown is sending negative ripples through various businesses not just in the region, but also at other centres. Hosiery seems to be one sector that has taken a major hit during this season.

Gaurav Deep, 33, a garment dealer from Domana of Jammu, has two concerns in his mind – slowdown of the country’s economy and the prevailing situation in Kashmir – as Rs 50,000 worth of woollens he procured are stuck in his godown. He is not able to contact his customers (Kashmir-based traders) who buy woollens from him every year, as there is a clampdown on communication in the Valley after the abrogation of Article 370. "Many Kashmiri traders visit my shop from August till September to purchase woollens in small quantity. They also buy fur shoes from me, but no one has turned up so far due to the restrictions in the Valley," lamented Gaurav.

With his investment already held up, Gaurav is facing another conundrum: if he is not able to settle his dues with the manufacturer within 2-3 months, his reputation is at stake and he may not get goods on credit in the future. His concerns are not completely unfounded, though, because the manufacturer may not understand his position. The latter is based some 290 km away in Ludhiana – known for heavy production of hosiery products.

The condition of Sahil Verma, 42, a small hosiery owner based out of the Daresi area of Ludhiana, is no better than Gaurav. Until 2018-19, Sahil used to ship woollens worth Rs 8 lakh to Kashmir every year. "Kashmiri dealers and wholesalers visit my hosiery to place orders in August. Some of them with whom I share cordial relations even place orders over the telephone. They (Kashmiris) take goods on credit and pay the amount after some months. This was a business of trust. Unfortunately, I have not received even a single order this year as no communication channel is open due to the prevailing situation in the Valley," said Sahil, adding that 35 per cent of his business is dependent just on Kashmir, while the rest is from the other parts of the country.

Communication channels in many parts of Kashmir, including Internet, mobile phones and even landlines, are still snapped due to the fear of an imminent turmoil after the Union Government announced the abrogation of Article 370, and bifurcation of Jammu and Kashmir on August 5.

There are nearly 12,000 small and large hosiery units in Ludhiana that include many unregistered factories. Sweaters, pullovers, jackets, shawls and blankets, among other goods, are manufactured in these units. These are procured by Kashmiri traders at a low price and sold at a higher cost in the local retail markets. The business is largely unorganised and is driven by an army of migrant labourers from the central and eastern Indian states. Small units are set up even in the bustling lanes and by-lanes of Ludhiana. Some of the top national brands in woollens are also located in the industrial city.

"This season has been washed away," averred Vinod Thapar, president of the Knitwear and Textile Club, Ludhiana, "While there is no hope of many orders from Kashmir this season, some pending payments of last year from Kashmiri traders are also stuck."

He explained that woollens are not only bought by local Kashmiris, but also by tourists and those taking part in the annual Amarnath yatra in Kashmir. "There are over 100 manufacturers in Ludhiana who exclusively manufacture woollens for Kashmir. Even if the communication channels are thrown open now, these manufacturers may not be able to make as much sales as expected." Vinod also informed that the dealers in Jammu, who used to place orders for the Kashmir region, are not showing much interest this year as they are aware that supplies could be stuck in case the deadlock extends for a longer period.

The woollens industry in Ludhiana was set up decades ago to cater to the needs of former Soviet Union. After the disintegration of the USSR, hosiery units started manufacturing goods for local market as well as European nations. With even single room units located in every nook and corner of the city, hosiery industry is able to generate revenues of around Rs 13,000 crore per year, as per industry leaders. A small unit can manufacture 20-50 woollen garments in a day, whereas a big unit’s daily production capacity can be anywhere around 3,000-4,000 garments.

Ludhiana hosiery is so closely associated with Kashmir that even a natural calamity in the Valley means a direct impact on the economy of the former. In September 2014, freak floods ravaged the Valley, after which Ludhiana hosiery manufacturers suffered severe losses.

It has been a lacklustre response from even the traders in Jammu, where mobile phones (but no mobile Internet) and landlines are operational, towards Ludhiana hosiery this year. Typically, the retail market of Jammu starts buzzing during October-November when Darbar (biannual shifting of government offices) moves to the city from Srinagar. Kashmir-based government officials, along with their families, shift to Jammu for six months to escape the harsh winters in the Valley.

Sudershan Jain, owner of a garment brand – Oner – based in Ludhiana, said that while the retailers purchase woollens for their shops, a substantial number of wholesalers from Jammu procure goods for markets in Kashmir. "There are many Kashmiri traders who do not visit Ludhiana, but prefer to purchase goods from Jammu due to its proximity to the Valley. However, hosiery in Ludhiana has ceased to receive bulk orders even from Jammu wholesalers this year, because they know the markets in Kashmir are closed," elaborated Sudhershan, who is also the president of president of the Knitwear and Apparel Manufacturers Association.

Hosiery products worth Rs 500 crore are procured from Ludhiana by entire Jammu and Kashmir, out of which goods worth nearly Rs 150 crore are used in Jammu’s market, according to Sudhershan. “While the Rs 350 crore market (Kashmir) is completely out of bounds this year, there is little hope even from Jammu."

Hosiery manufacturers, however, are not losing hopes and believe that even if the situation returns to normalcy by early October, they can save themselves from heavy losses from Kashmir.

Charanjeev Singh, secretaryof the Knitwear Club, Ludhiana, said that even as the industry has suffered losses, manufacturers are hopeful of orders from other parts of the country. "While J&K contributes a substantial chunk of business for the Ludhiana hosiery, we still have hope from other states from where we will receive orders in the coming future after winter set in,” he expressed confidence.

"As we always received earliest orders from Kashmiri traders, it was always the valley that used to let us know what trends were in for the season. Unfortunately this year valley will not express its desire to Ludhiana hosiery industry" said Charanjeev.