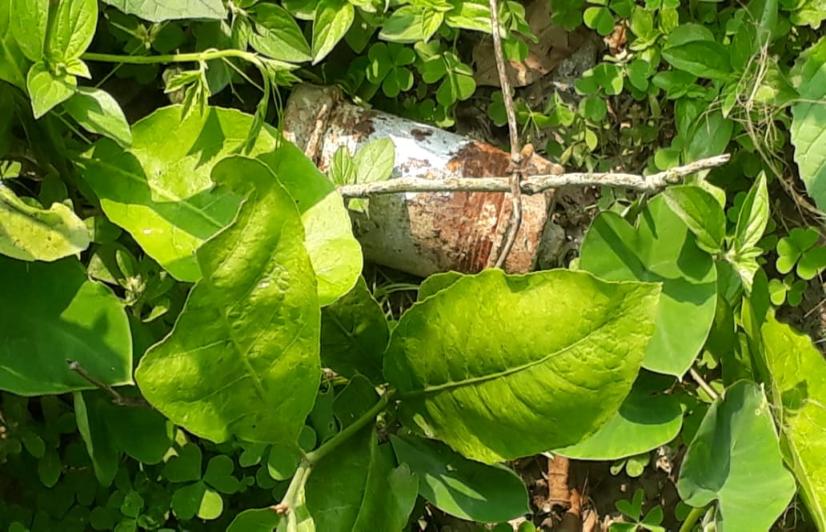 Bangalore: The third phase of the 2019 Lok Sabha elections saw the maximum number of seats -- 117 -- going to polls in a phase. More than 18 crore voters were eligible to decide the fate of 1,640 candidates contesting across 13 states and two Union Territories.

Tuesday’s voting was marred by violence in West Bengal and poll boycotts in many parts of Karnataka, Gujarat and Maharashtra.

A call for election boycott

Several villages across Karnataka, Gujarat and Maharashtra vowed to boycott the election process, unhappy with the lack of development in their regions. In Karnataka’s Shimoga constituency, residents of Shivamogga city pledged to boycott the elections citing shortage of water resources, a functional drainage system and lack of infrastructural development. Protestors led by the Dalit Sangharsh Samiti said, “Unless basic infrastructure is promised, we will not vote”.

Similarly, residents of Shiggaon village, under Sagar taluk in Shivamogga district, have also opted to boycott voting. Nearly 150 families have come together to implement this decision citing the failure of authorities in improving infrastructure like roads, continuous water and electricity supply, and drainage system in and around their village area. No voters turned up at the polling booths in the region.

Another village in Shivamogga taluk saw empty polling booths after residents decided to boycott the general elections. Stating that infrastructural development has not been initiated, this decision was taken collectively by almost 400 members of the village. Girish, a tahsildar from the village, said only after visiting the region can the problems of villagers be gauged.

A different problem faced by residents of Malavalli village in Shivamogga pushed them to boycott the elections. They claim the district administration has shown a “lethargic” attitude towards demands for proper burial grounds for the deceased. They promised to not vote until their demands were fulfilled by respective authorities and election commission.

Despite the widespread boycott calls, the constituency recorded 72.64 percent till 6 pm.

In Sultanpur village, in Bidar Lok Sabha constituency, too, villagers have decided to boycott elections. This decision was taken due to lack of development and steady water supply in the village. Bidar recorded 60.51 percent turnout till 6 pm.

In Gujarat’s Davdahad village, part of Dahod Lok Sabha constituency which saw a voter turnout of 62.87 percent till 6 pm, residents called for a boycott of elections citing lack of basic facilities and infrastructural development in the area. Similarly, Nanda village residents, under the Kachchh Lok Sabha seat, called for a boycott of the voting process until water shortage in their region is not solved. Residents of Jafrabad and neighbouring villages, in Amreli Lok Sabha constituency, also took the decision to boycott the general elections. Jafrabad villagers stated that there is a “lack of political will” on behalf of the leadership to fix the region’s developmental problems.

Till 6 pm, Kachchh and Amreli constituencies witnessed 52.38 and 52.02 percent of their voters turning up to cast their votes respectively.

Eighteen villages in Maharashtra’s Kolhapur district--a Lok Sabha constituency--also called for a boycott of elections today. Villages like Vetawade and Panhala reportedly registered zero percent voting as of noon. According to locals, the boycott is in protest of the Dhamani Dam project. Kolhapur recorded 65.76 percent turnout till 6 pm.

Bursts of violence across the East

The North Eastern state of Tripura--that sent its final seat for elections today--saw a few incidents of violence. About 25 families from Durgapur village in Khowai area, under East Tripura Lok Sabha constituency, decided to boycott the polls in protest against the alleged assault on Sabir Mia, a local youth, by members of the central security force.

Several incidents of violence occurred in West Bengal’s Murshidabad constituency which surprisingly recorded the maximum voter turnout (83.38 percent) among the five constituencies that went to polls in the third phase.

In Domkal and Raninanagar, crude bombs were hurled at voters to intimidate them. One person was injured in the attack in Domkal.

In Lochanpur, Murshidabad, based on allegations of capturing booth 39 by the Congress and the Left, TMC workers attempted to stop them which resulted in a serious clash. This left several voters injured and they have been admitted to the Islampur hospital.

An individual, Tiyarul Kalam (55), was the first fatality amidst clashes between TMC and Congress workers in Murshidabad’s Baligram. A polling officer, Babulal Murmu, in South Dinajpur was found hanging at his residence. His wife alleges that due to pressure regarding incidents of violence from the first two electoral phases, Murmu committed suicide.

Police had to resort to lathi-charge in Jangipur constituency where TMC workers were allegedly trying to intimidate voters. Three were injured by the local police’s actions. At booth 45 in Indirani village, Jangipur Lok Sabha constituency, Congress block president Abdus Salam was beaten brutally, allegedly by TMC workers. Shops were also vandalised and a child was injured as well, in this attack. Similarly, in Ratua, several voters complained that Congress and TMC cadre workers attempted to influence and intimidate voter choice. Jangipur witnessed a voter turnout of 78.58 percent.

In South Dinajpur, BJP supporters and villagers were allegedly beaten up by TMC party workers for supporting the ruling party at the Centre. A TMC polling agent was found threatening villagers against voting for the BJP, which led to a scuffle. Security forces rushed to break up the fight. At booth 173 in Chanchal, in Maldaha Uttar constituency , Sagar Roy, a BJP worker attempted to capture alleged booth capturing by TMC workers on his cell phone. Ruling party workers then attacked and beat Roy up. Maldaha Uttar witnessed 76.43 percent turnout till 6 pm.

In Chikkodi, Karnataka, the situation was tense after a clash between Congress and BJP workers. At booths 16 and 17, in Chikkodi’s Indira Nagar Gate, both leading party’s workers accused the other of influencing voter decisions resulting in a scuffle. Security forces, including Chikkodi ASP Mithun Kumar, were deployed at both booths to bring the situation under control. No injuries were reported. Chikkodi recorded 71.26 percent of turnout till 6 pm.

Polling booths in Chun Chuna and Pundang, in Chhattisgarh, were shifted after a small-intensity blast took place. Stray incidents of polling officers being beaten up by party workers occurred in Anantnag in Jammu & Kashmir, Moradabad in Uttar Pradesh.

Voting was carried out relatively peacefully across remaining states of Maharashtra, Kerala, Bihar, Assam, Odisha and other states.

With inputs from Syed Sajjad Ali, A Ghose and AS Kamalakshi