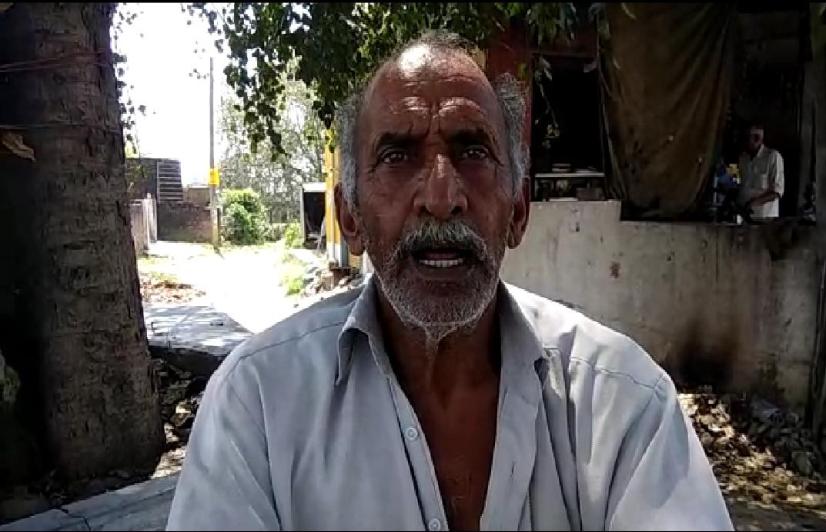 KATHUA: WHY HINDUS ARE UNHAPPY WITH BJP

Located in a narrow village lane nearly 50 Kms from Jammu is the home of Sanji Ram, the main accused in the Kathua rape-murder case of a minor Muslim Gujjar girl. It has been a year since the incident took place, and as the 2019 Lok Sabha poll campaign gains momentum, Sanji Ram’s house is all decked up with national flags and stickers of BJP rebel Lal Singh, then a minister in the PDP-BJP government. Lal Singh and another minister Chandar Prakash Ganga were forced to resign when they took part in a rally demanding a CBI inquiry into the incident.

Lal Singh, who quit the BJP, launched his own Dogra Swabhiman Sangathan in February this year and is aggressively campaigning against his former party, in this predominantly Hindu belt. A number of local residents, including Sanji Ram are accused in the case presently being tried in a Pathankot court in Punjab. Sanji Ram’s family is actively campaigning for Lal Singh.

It may be recalled that the body of a minor girl from the nomadic Gujjar community was found in Rasana near the temporary shelter where her family were staying. The Gujjars spend winters in the plains of Jammu and Punjab and return to the mountains of the Kashmir valley during summers.

Lal Singh’s rebellion is a cause of worry for the BJP. Kathua (pop 616435), one of five assembly segments--- the other four being Bani, Basohli, Billawar and Hiranagar--- in the Udhampur Lok Sabha constituency, had all voted overwhelmingly for the BJP in the 2014 Lok Sabha and assembly polls. Lal Singh is threatening to split this solid BJP Hindu vote bank.

With many locals now wary of the BJP and consolidation of Muslim votes in other areas of Udhampur constituency, Jitendra Singh, the sitting MP and a minister in the PMO has a fight on his hands. His opponent, Vikramaditya Singh of the Congress, has the support of National Conference and PDP, who decided not to field their own candidates to avoid splitting what they call the "secular" vote bank.

Kathua’s voters are angry that Sanji Ram and the other accused have been denied bail and have spent the last year in jail, while an accused in rape and domestic violence Talib Hussain a Gujjar activist who spearheaded the protests for justice to the Kathua victim, is roaming free. Hussain who was booked in another case following a domestic violence complaint by his wife, recently joined the PDP.

Darshana Devi, wife of Sanji Ram was not willing to talk to this reporter during a visit to Rasana. “Many media persons visited us earlier but have portrayed a wrong picture of the incident,” said Darshana Devi. “The entire Hindu community was targeted despite the fact that no one has been proven guilty so far”.

Naresh Kumar, who has a shop along National Highway in Kathua, when spoken to in Hindi, said that BJP wave is still present in the area and only a few people were supporting Lal Singh. Interestingly, when this reporter spoke to him in Dogri, the language of the ethnic Dogra community of Jammu and parts of Himachal Pradesh, Kumar said something very different. “BJP despite being in power failed to fulfill our demand of a CBI inquiry into the incident and now the party will repent,” he said in Dogri. “You are one among us and you know how Kashmiri politicians and media used the Rasana case to blame the Dogras of Jammu”. (Tus te apne ge ho te tusen pata hai Kashmiri politicians te media ne kiyan Rasana case Dogren de khilaaf ghumaya. BJP power vich onde oyi vi sadi CBI di demand puri nai kari saki te un usi bhugatna pau).

“A sit-in by residents of Rasana village demanding a CBI inquiry continued for over a year but no BJP leader visited us,” added Naresh Kumar. “We did not trust the local police crime branch as it was working on the directions of the then chief minister Mehbooba Mufti to tarnish the image of Hindus of Jammu. Is it possible that Sanji Ram, who has grandchildren, can be mastermind of such a crime?”

The feeling that the PDP led government tried to use the case to malign the Hindu community and the BJP did nothing to counter it, was expressed by others we spoke to. ““Our pleas for a CBI enquiry fell on deaf ears,” said Subedar Major (retd.) Bhishan Das Sharma of Rasana village. “We would have accepted the CBI’s conclusions even if our own men were found to be the real culprits”.

“Those accused in other rape cases are out on bail and joining Kashmir centric parties while our men are in jail without getting bail,” said Darbari Lal, a local cart puller while referring to Talib Hussain. Sitting under the same tree where local residents did a sit-in for over a year Lal said “We are facing this discrimination only because of the BJP which claims to be a Hindu party”.